The Concept Kizashi series was developed by Suzukis Advanced Design Group to reflect a dynamic athlete in motion, taking design cues from a strong, honed physique while displaying the performance, strength and style befitting a flagship vehicle. The design theme began with Concept Kizashi, which made its debut at the 2007 International Motor Show in Frankfurt, and the Concept Kizashi 2, unveiled at the 2007 Tokyo Motor Show, which further revealed Suzukis new design language.

Kizashi means prelude in Japanese, and thats exactly what this design represents for Suzuki from both a business and a product standpoint, said Mark Harano, president, American Suzuki Automotive Operations. Concept Kizashi 3 illustrates our brand character and personifies our heritage, design strength and engineering prowess. With customers in 192 countries and regions, Suzuki is truly a global brand, and the coming model carries on our mission to build the image of our automotive products in North America and eventually match our bikes reputation. 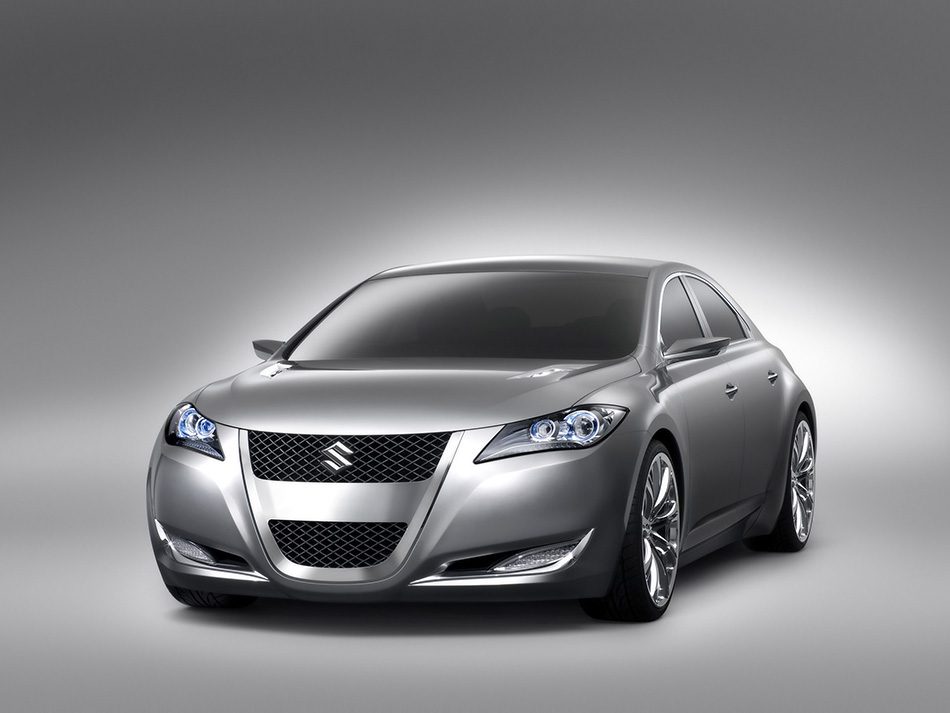 Known primarily as a maker of small vehicles, Suzuki intends for the production derivative of the Kizashi series to serve as the companys flagship vehicle, strengthening its current product line of small cars, trucks and SUVs with a sporting, more accommodating sedan. The future production model will be built at Suzukis brand-new Sagara plant in Japan, currently under construction, and provide an accessible alternative to the near-luxury segment. While a firm timetable has not been announced, Suzuki will deliver the Kizashi-influenced sport sedan to North American dealers by 2010.

Evoking the physical superiority and dignity of a world-class athlete, the Concept Kizashi series was developed to create a substantial presence that redefines the traditional performance vehicle and moves the Suzuki brand upscale. The overall design theme suggests physical strength from intense daily training, with the strong will, commitment and presence of a champion.

Each of the Concept Kizashi vehicles strikes a balance between driver comfort and sportiness, with roomy cabins melded to lean, dynamic exteriors. The hood and body style of all three Concept Kizashis hint at abundant engine power and wind-splitting aerodynamics, while the long wheelbase, aggressive wheel/tire combinations and abbreviated overhangs communicate a performance-oriented, energetic image. A powerful-looking body profile is incorporated throughout the series to convey underlying strength, with large wheels and a wide tread expressing a capacity for superior performance. Beyond its exterior architecture, the Concept Kizashi series constitutes a four-wheeled continuation of Suzukis exciting, performance-oriented motorcycle heritage, represented best by its dynamic, world-renowned line of GSX-R sportbikes. Those bikes, some two decades after their introduction, continue to dominate the sportbike segment and have achieved iconic status.

Concept Kizashi made its world debut at the 2007 International Motor Show in Frankfurt, demonstrating Suzukis progress toward the development of a vehicle that combines sportiness, style and substance. As the first concept in the Kizashi series, the vehicles dynamic exterior was specifically developed to push the envelope and establish the overall design theme of the series. Reflecting the spirit of a highway athlete, the exaggerated dimensions of Concept Kizashi and its strong fascia communicate a dignified character and the overall presence of a dynamic flagship vehicle.

Debuted at the 2007 Tokyo Motor Show, the Concept Kizashi 2 crossover sport wagon aims at drivers with dynamic lifestyles and can accommodate a wide range of activities. Continuing the series athletic theme, Concept Kizashi 2 reflects the body of a triathlete, with the five-door vehicles all-road capability enhanced by its raised height and all-wheel-drive configuration. In addition to the sport crossovers versatility, its 3.6 liter V6 engine and six-speed automatic transmission promise a rewarding and engaging driving experience for daily drivers and enthusiasts alike.

The closest-to-production variation of the Concept Kizashi series, Concept Kizashi 3 embodies Suzukis interpretation of the sport sedan segment in the North American market. The Kizashis super sport identity, a core component of the Suzuki brand DNA, is tempered by the vehicles overall mission to provide strong, refined urban performance.

As with Concept Kizashi and Concept Kizashi 2, the front end of the Concept Kizashi 3 expresses strength and style, with sharply fashioned headlights that emphasize the sensation of forward motion. The vehicles exquisitely engineered body reflects Suzukis distinctive combination of capability and refinement, with power flowing from a 3.6-liter DOHC V6 engine with plated cylinders a weight-and space-saving technology that evolved from the lessons learned by Suzukis motorcycle and WRC development teams. The bodys monochrome finish, Kizashi Silver, gives the vehicle a sense of composure and depth of character, with metallic paint sparkling to emphasize the dynamism of the bodys cross-section. 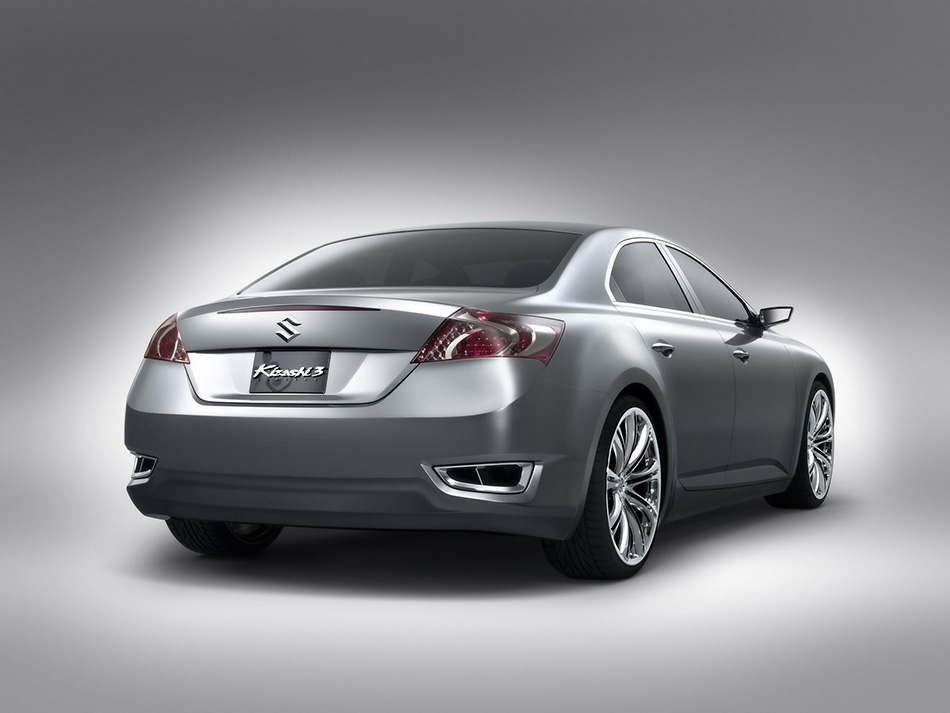