Toyota unveiled the all-new next-generation Tundra full-size pickup truck at a press conference today at the 2006 Chicago Auto Show.
The Tundra was first introduced in 1999 as a 2000 model. Since then, it has won numerous awards and has been recognized for its value, quality and reliability. The completely redesigned 2007 Tundra will be bigger, more powerful and will offer new body and engine configurations.

"From bumper-to-bumper, under the hood and from the inside out the new Tundra is a true American truck that will set a new benchmark in the full-size truck segment," said Jim Lentz, TMS group vice president and general manager. "It will be aimed at the ‘True Trucker,' the true opinion leaders among full-size owners. True Truckers are highly credible because they use, punish, and demand the most out of the pickups they buy." 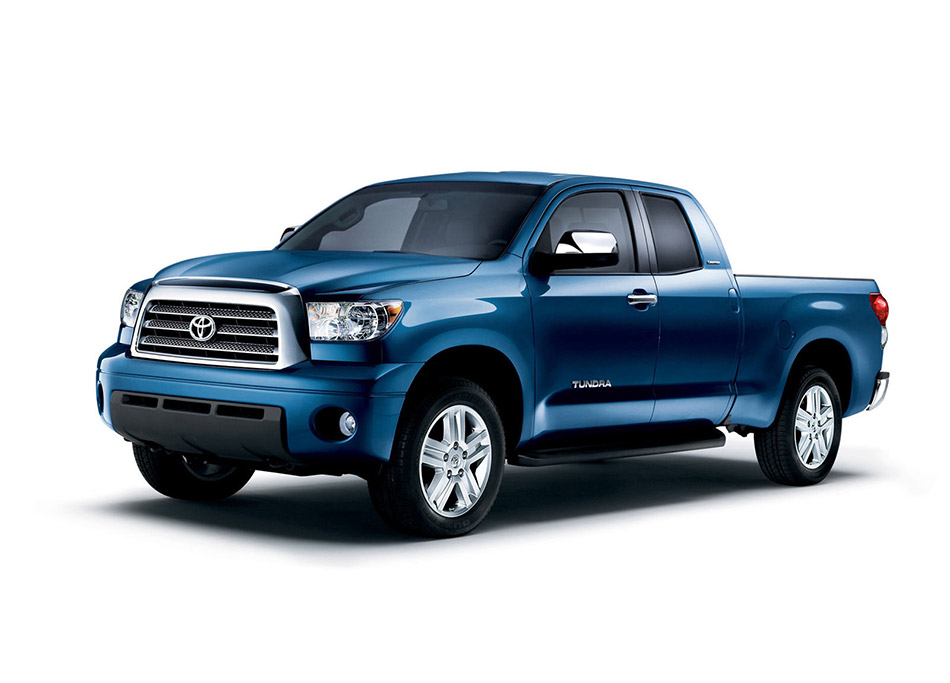 The expanded size and power of the new Tundra will be reflected in its ability to tow over 10,000 pounds. To achieve this towing capacity every major component was designed for maximum strength, durability and reliability over the long haul. This will be accomplished with an all-new 5.7-liter i-Force V8 engine manufactured at Toyota's Alabama engine plant. The V8 will be mated to a new heavy-duty six-speed automatic transmission. In addition to the new powertrain, Tundra will also come equipped with heavy-duty front disc brakes with four-piston calipers and vented rotors increased by nearly one and one-half inches, and standard rear disc brakes. High capacity cooling and electrical systems will help Tundra tow heavy loads through the toughest weather. Finally, Tundra will ride on a new rock-solid chassis platform with 30 percent higher tensile strength steel.

Development of the new Tundra was spearheaded by Toyota's U.S.-based facilities. Product planning began at TMS headquarters in Southern California. All engineering development was directed by the Toyota Technical Center in Ann Arbor, Michigan. Styling, inside and out, was the work of Toyota's Calty Research and Design Centers in Newport Beach, California and Ann Arbor, Michigan. Finally, the new Tundra will be built at Toyota Motor Manufacturing in Princeton, Indiana and Toyota's new truck plant in San Antonio, Texas.

Tundra has been super-sized in every metric of comparison with the vehicle it replaces. Its all-new, full-size platform will feature a significantly expanded wheelbase and an increase of 10 inches in overall length. Tundra will also gain nearly five inches in height and will be four full inches wider than before, placing it among the segment leaders in overall size.

Buyers of the new Tundra will have a choice of three engines. In addition to the new 5.7-liter V8, the capable 4.0-liter V6 and the legendary 4.7-liter i-Force V8, both also built in Alabama, will be available.

The new Tundra will come in three cab configurations. It will retain its three-grade strategy with the Base, SR5 and well-appointed Limited trim levels. In all, Tundra will be offered in more than 30 different models, nearly double the current generation.

Calty designers set out to complement the new Tundra's increased size by creating a design with bold, brave and distinctive character lines that are different from anything on the road today. From the front, the new Tundra features a bold front grille, strong bumper and large headlights with a steely glare, conveying a strong and powerful physical presence. The profile reveals a thicker body and taller doors with character lines and fender flares that add dimension and strength as well as an unwavering stance. 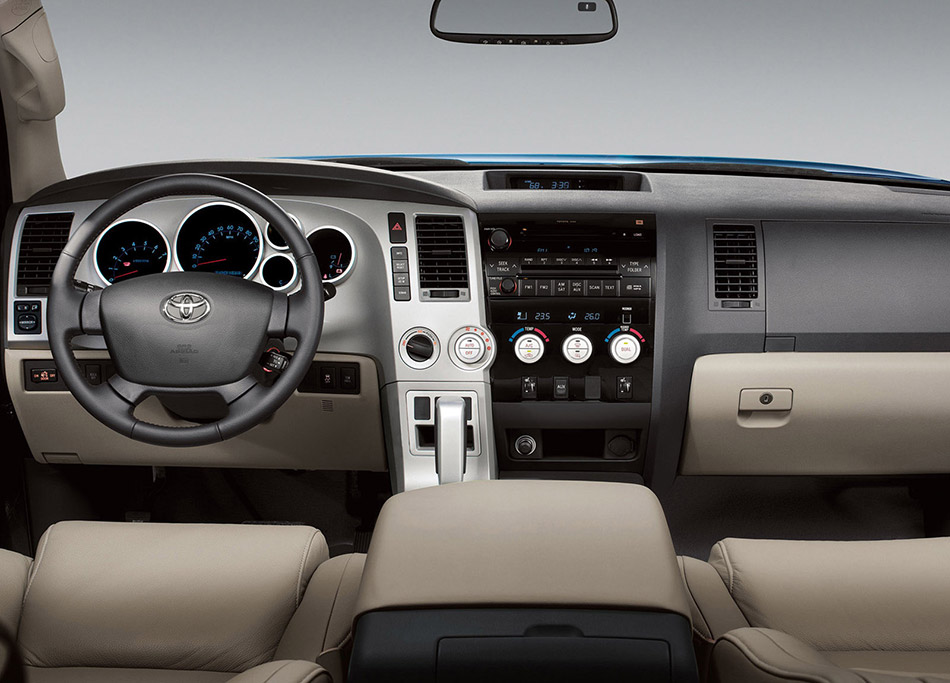 For buyers who use their Tundra as a work truck quick and easy access to the truck bed is essential. The new Tundra will feature a tailgate that can be opened and closed with just two fingers. Robust dampers on the hinges have been added to help cushion the tailgate when opening and also help reduce bouncing when driving with the tailgate down. Other design features with workers in mind include large door handles, inside and out, easy-to-turn HVAC knobs, and adjustable headrests, allowing drivers and passengers to ride to their next work site without having to remove protective gear such as hardhats or gloves.

Designers also had safety in mind with the addition of extra large side mirrors to provide a wide field of view, while reducing wind noise and image vibration, always important when towing precious cargo. Additionally, a trailer hitch will be integrated into the Tundra's frame for better stability when handling heavy loads.

The Tundra will be loaded with standard-equipped comfort and convenience features. An array of options and accessories will also be offered, such as a JBL premium audio system with Bluetooth telephone compatibility, 10-way power-adjustable driver's seat, and a wide-screen backup camera integrated into the tailgate handle for enhanced rear-view safety.

"As much as the new Tundra has changed, there are a few things that remain the same," said Jim Press TMS president and COO. "Tundra will again offer the most comfortable, quiet and refined ride in the full-size truck segment. Its build quality, reliability, and durability will, again, be second to none."