Volkswagen of America, Inc. revealed its "new" New Beetle and New Beetle convertible which has a subtle but stylish new look that fashionably updates, yet maintains, the core emotional appeal of the iconic New Beetle design, first launched in 1998.

The 2006 New Beetle and the convertible will be launched in September of this year and will come standard with a more powerful new 2.5 liter, five-cylinder engine that creates 150 horsepower (versus the four-cylinder, 2.0 liter that created 115 hp). 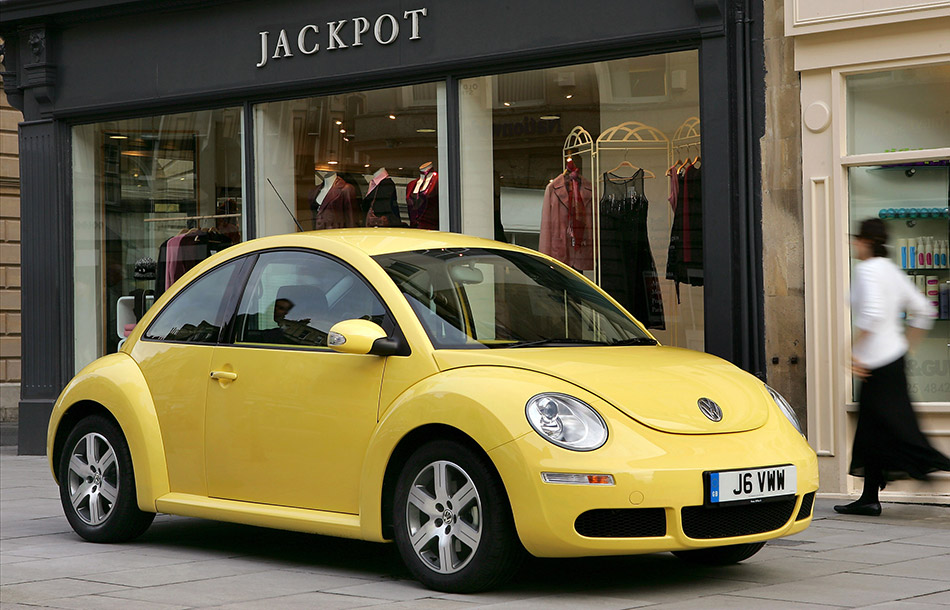 Styling changes for the 2006 New Beetle include bolder, slightly sharper bodylines, especially at the wheel wells and bumpers that are tailored for a more modern overall impression. New details include a larger, more oval headlight treatment, new taillights, and new bumper designs; inside, the freshening involves a new instrument cluster design with chrome applications to the instruments and also the air vents.

Volkswagen said it will release more details on the 2006 models later this summer. The automaker showed the 2006 New Beetle in conjunction with its 50th anniversary as a subsidiary in the U.S.