These new models had been developed from the 140 series and were very similar to their predecessors, and with influences from the VESC safety concept car. The changes included a new protruding front, large bumpers and a further-developed chassis, featuring McPherson front-wheel suspension. At the same time, a new 4-cylinder engine series with single overhead camshaft was introduced. The previous B20 4-cylinder was still offered in basic versions for some time.

For a short period, the Volvo 244 could also be specified with a V6 engine. A popular alternative on some markets made its appearance in 1979 - the market's first 6-cylinder diesel in a passenger car (a 5-cylinder diesel engine was offered for some markets). 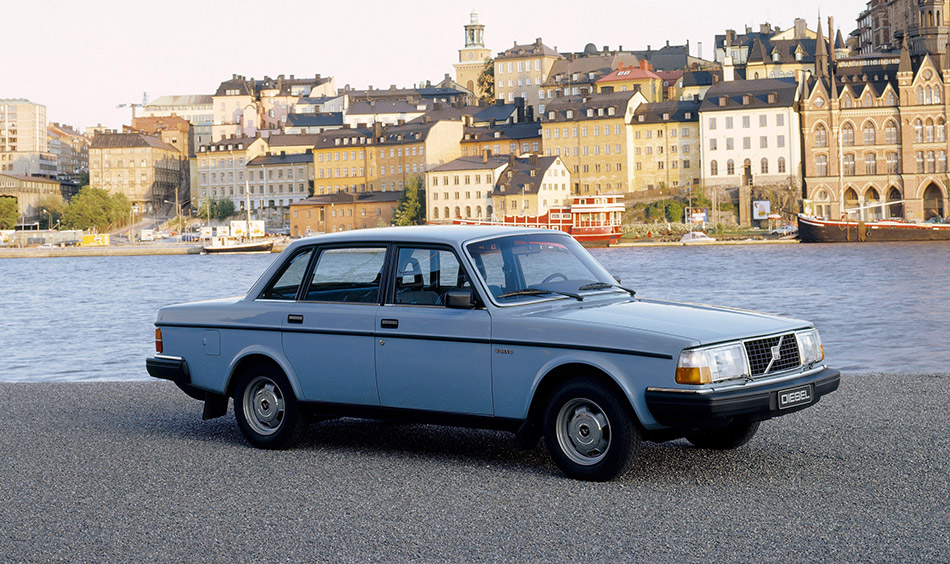 The new 240/260 family had been developed with rigorous safety requirements in mind. They were, in fact, so rigorous that the car was used as the standard car for safety developments by the authorities in the USA.

For model year 1983, the emblem at the rear of all 240 models was changed. No longer did it say 242, 244 or 245. The badge just said 240, as part of a new designation strategy. In reality, however, most people continued to refer to their cars as a 244 or 245. Nevertheless, this change did not mean any large-scale modification to the cars.