Audi RS6 beats the S6? This former wisdom is now almost rendered obsolete by ABT Sportsline, which launches a performance package putting the sporty S6 near the same level as its supersporty cousin. "With ABT Power New Generation we much raise the pulse and the Avant or limo's performance, too," says a pleased CEO Hans Jürgen Abt. Instead of 450 hp (331 kW) and 550 Nm, we now have 550 hp (404 kW) and 680 Nm. Fun? Almost unlimited! And now wonder, as the Vmax was raised to 290 kph. Incidentally, this uprating is also available for all Audi S7 drivers. And you won't have to fear any complaints, as the innovative power package with its specially developed ABT Engine Control unit including software comes with comprehensive warranties. However, you will hardly need them since all components have been extensively tested on the company's own dynamometer and on public roads. 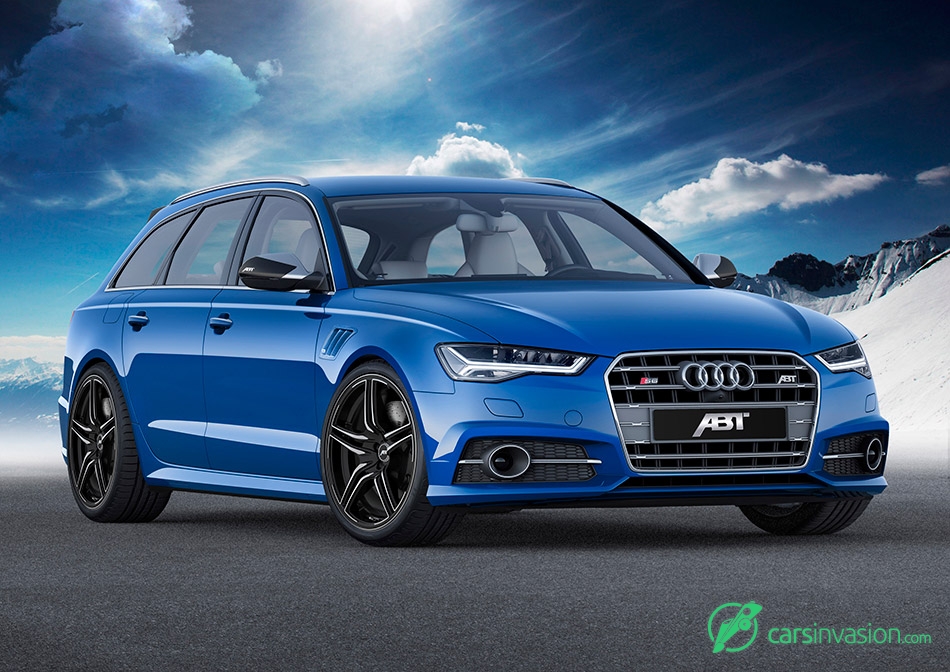 If you run like a professional athlete, you also need the right outfit: here ABT provides fender inserts, mirror caps with a finish of shining exposed carbon and a rear spoiler made of ultra-light CFRP. This sportsman's dress code also requires the right shoes, with the attractive DR, FR and ER-C wheels being available in 20'' and 21'' – with fitting high-performance brand-name tyres, if you want.

The electronic ABT Level Control for the air suspension will perfectly position the wheels in their arches. And the lowered CoG will also make the Audi S6 corner much better. Inside, the ABT is very dynamic. The Bavarians install new integrated entrance lights, their own start-stop button, floor and trunk mats featuring the ABT logo and, as real must-have, the LED shifting lights in the steering wheel. Speaking of which: if you want to shift down, you may use the S6 for casual cruising, too.