The relatively young brand CUPRA has developed into a true success story. Meanwhile, a quarter of all Ateca purchases bears the sporty label. The new special "Limited Edition" model, of which there will be only 1,999, is particularly desirable. The collector's piece stands out from the crowd not only because of its limited quantity, but also because of its impressive 20-inch wheels, carbon fiber splitter, and rear spoiler. An Akrapovic exhaust system is also available as a factory option. However, the new package from ABT Sportsline can make it even more exclusive and even more dynamic. 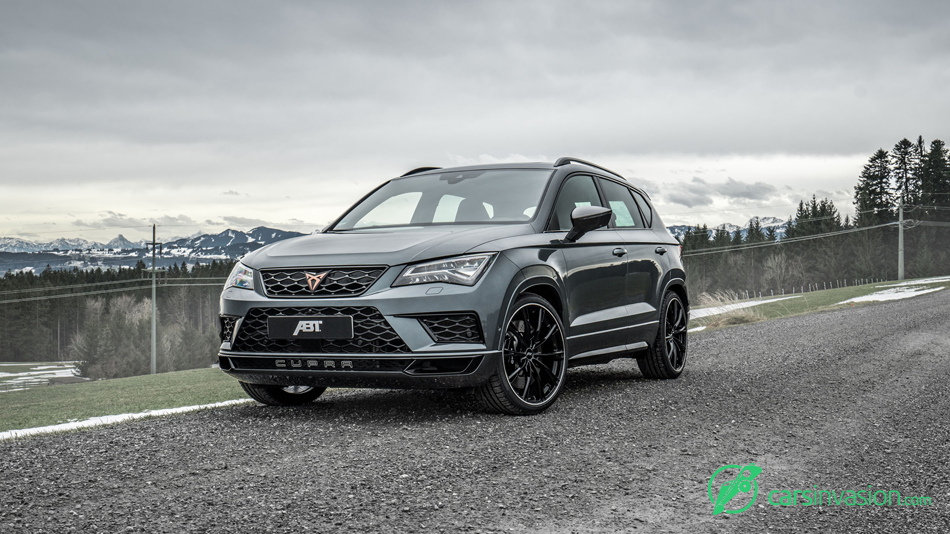 With regard to the CUPRA Ateca, the world's largest tuner of vehicles from the VW and Audi Group has maintained a partnership with the manufacturer from the outset. So the Bavarian company is also showcasing its skills with the exclusive new special model. A significant component of the tuning package is an ABT Power Performance Upgrade from 300 hp (221 kW) to 350 hp (257 kW). Between 2,000 and 5,200 rpm, the torque is an enormous 440 Nm as opposed to the standard 400 Nm. Acceleration ceases at 255 km/h – 10 km/h more than the standard model. The standard sprint time is also reduced: 0 to 100 km/h is achieved 2 tenths of a second faster, putting 5 seconds dead on the spec sheet.

ABT suspension springs are a perfect partner to the increased performance and can place the vehicle 25 to 30 mm closer to the tarmac. As a result, not only is the SUV's road-holding improved, but also its aesthetics. In addition, the new 20-inch ABT GR wheels are shown to their best advantage in the wheel arches. With their glossy black finish, 235/35 R20 tires and ten spokes forking at the rim flange, they are a real head-turner. 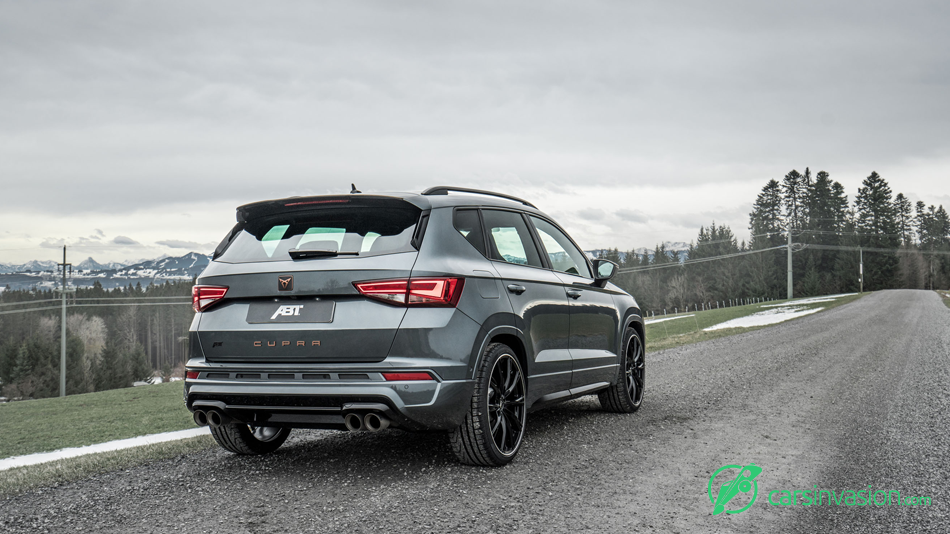 As such, through optimization of the engine, suspension, and wheels, the CUPRA Ateca Limited Edition will become significantly more exclusive. All of the named components and a wide range of alloy wheels are also available separately on request at ABT Sportsline. For a comprehensive overview, consult the current price list or visit the Online Configurator.

*The engine performance data is in accordance with the stipulations of EWG/80/1269. The process and dynamometer manufacturer have been certified and authorized by the vehicle manufacturer.