The RDX is aimed at high-energy urbanites that spend the work week in the confines of the city, and then decompress on the weekends by getting away from it all. Regardless of where they go, these drivers expect the ultimate in responsiveness, control and adaptability.

Built on a new global light truck platform, the RDX concept was first designed in California and then developed in Japan. Besides featuring precedent-setting engineering features including Acura's first turbocharged and intercooled engine and the first adaptation of a SH-AWD(TM) system to an SUV, the RDX also offers Acura's first standard 18-inch wheels and tires. 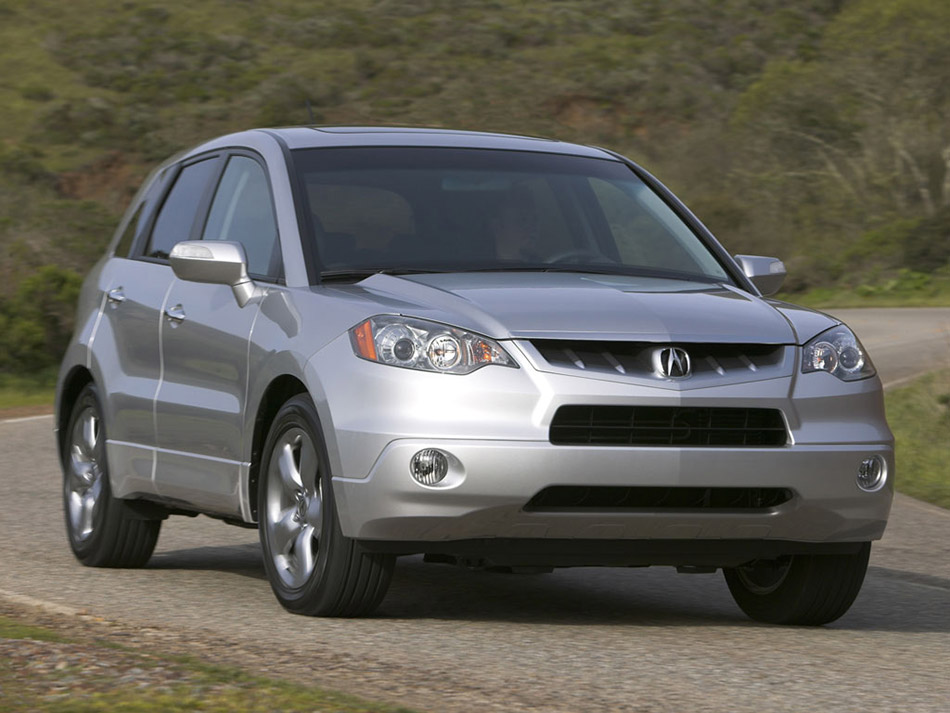 True to form for Acura, the RDX incorporates a class-leading array of sophisticated electronic technologies that are seamlessly integrated to keep its passengers informed, entertained and in touch. The RDX also introduces new safety technologies based on the fundamentals of Acura's "Safety Through Innovation" initiative.

As Acura's first Entry Premium SUV, the RDX was the focal point of the development of a special powertrain that would blend 4-cylinder efficiency and 6-cylinder power. The ideal solution came in the form of an innovative new variable flow turbo (VFT) that delivers an unusually broad powerband with little or no lag in throttle response. The RDX is equipped with an all-new 2.3-liter DOHC 16-valve in-line four-cylinder engine with i-VTEC valve control that combines Variable Valve Timing and Lift Electronic Control (VTEC) with Variable Timing Control (VTC). With the variable flow turbo working in concert with i-VTEC, the RDX delivers strong power and torque, excellent fuel economy and very low emissions.

Rated output for the RDX engine is 240 horsepower SAE net* at 6000 rpm. In terms of torque, the RDX has the highest output of any engine in the Acura lineup, with 260 lbs.-ft. of torque SAE net* at 4500 rpm. The RDX is expected to return an EPA-estimated 19/24** City/Highway mileage, while meeting strict CARB LEV-2 ULEV and EPA Tier-2 Bin-5 emissions standards.

SH-AWD(TM) is standard in the RDX to maximize available traction while improving handling balance and responsiveness. SH-AWD(TM) is Acura's patented all-wheel drive system that distributes the optimum amount of torque not only between the front and rear axles but also between the left and right rear wheels. The system's direct yaw control helps reduce understeer to enhance steering accuracy and add to total cornering power.

The RDX exterior styling further emphasizes the SUV's sporty athleticism. It has a taut, muscular presence with standard 18-inch wheels and tires that work together with large wheel arches, aggressively raked body sides, a steeply raked windscreen and a short rear overhang. A unique rear hatch, finished with a replaceable panel to reduce the cost of accident repair, allows the rear of the body to smoothly transition to the rear bumper. This permits a more custom look and also eases the act of loading and unloading cargo.

Inside the RDX, the front-seats feature a high "eye point" that provides a confident field of view. The 3-passenger rear seat has a 60/40 split-folding capability and, when folded flat, significantly expands the load area and increases the cargo volume to 60.6 cubic feet of storage. There are multiple interior storage compartments positioned throughout the interior, including a large (and lockable) dual-level center console located conveniently between the front seats that can securely accommodate a briefcase. 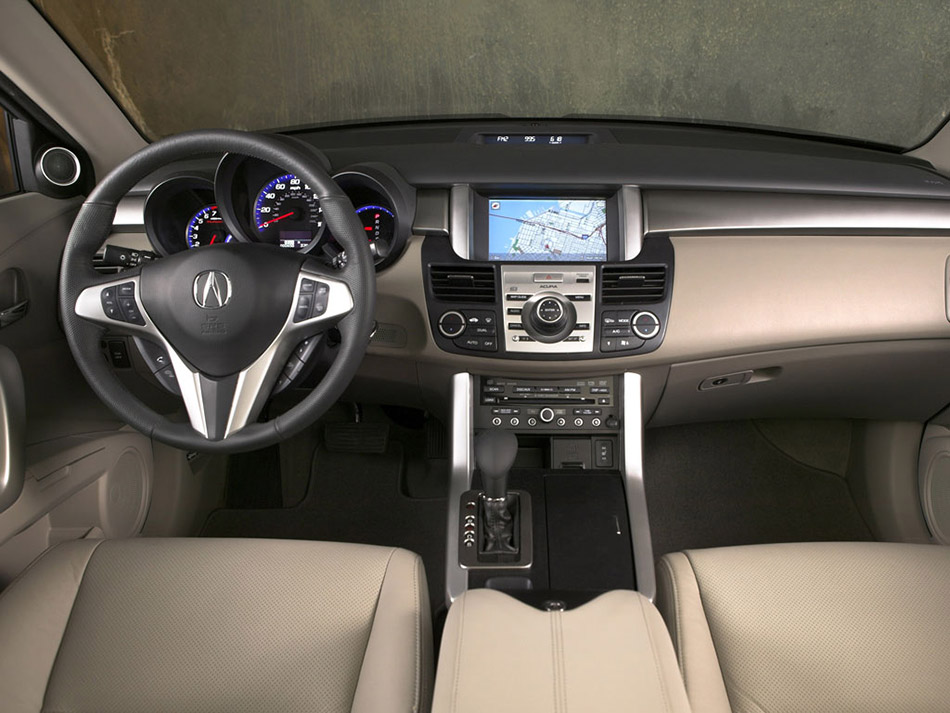 The RDX features an array of electronic features that set it apart from the competition. These include a dual-zone automatic climate control system, a Multi-Information Display (MID), and LED backlit gauges with progressive illumination. Also standard is an impressive 360-watt 7-speaker Acura Premium Sound System with a multi-format 6-disc changer, AM/FM tuner, XM(R) Satellite Radio, and the convenience of an MP3/auxiliary input jack for easily connecting audio devices such as an iPod.

Just one optional package is offered on the RDX. The Technology Package heightens the RDX's appeal to technology-savvy customers with a range of advanced features. The centerpiece is a 10-speaker Acura/ELS Surround(TM) Premium Sound System designed by legendary recording engineer Elliott Scheiner. When playing DVD-Audio discs (DVD-A), this advanced 410-watt system delivers eight discreet audio channels (instead of the usual two) to create an uncannily accurate listening experience. With its multi-format 6-disc DVD-A changer, AM/FM tuner and XM(R) Satellite Radio, the system is as versatile as it is powerful.

The Technology Package also includes several information and communications such as HandsFreeLink(TM) and the Acura Navigation system. HandFreeLink is a wireless telephone interface that is designed to work with many Bluetooth-enabled mobile phones (sold separately). In addition, the AcuraLink(TM) Satellite Communication System with Real Time Traffic allows for 2-way communication between Acura and the vehicle, providing customers with the latest information specific to their vehicle.

The Acura Navigation System with Voice Recognition(TM) can display up-to-the-minute traffic information including flow, accidents, construction and weather conditions on freeways in 31 major metro areas (where available). When the transmission is placed in reverse, the Navigation screen displays the image from a rearview camera to make parking easier. In addition, the AcuraLink(TM) Satellite Communication System with Real Time Traffic allows for 2-way communication between Acura and the vehicle, providing customers with the latest information specific to their vehicle.

Inside the RDX is a full complement of passive safety features. Key technologies include the latest generation of dual-stage, dual-threshold airbags for the driver and front passenger, plus side airbags for the driver and front passenger and side curtain airbags with a rollover sensor for all outboard occupants. Child-seat mounting systems, LATCH (Lower Anchors and Tethers for Children), allow the quick and secure installation of a child seats.

The RDX will be assembled in Marysville, Ohio, on the same line as the Acura TL sedan. It is the first Acura light truck to come from the facility.