The DB American Roadster 1 (DB AR1) is derived from the DB7 - the most successful Aston Martin of all time. It is based on the current DB7 Vantage Volante (convertible) and boasts revised bodystyle with coachwork by Zagato of Italy and incorporates a number of dynamic elements, which have been finely engineered to offer a new dimension to the Aston Martin driving experience. Available only as a two-seater, the DB AR1 is not a convertible Zagato version of the Coupe - launched in the summer of 2002 - but a possible addition to Aston Martin's exclusive product range.

Aston Martin will privately show the DB AR1 to customers at an event in LA to gauge their reaction and if the response is positive the car will go into production in very limited numbers during 2003. Pricing has yet to be confirmed, but it is anticipated that DB AR1 will cost around $230,000 US (plus or minus 10%).

"Aston Martin is unique in its ability to react quickly to its customers requirements and produce limited edition sports cars," explained Dr Ulrich Bez, CEO of Aston Martin. The DB7 Zagato was a huge success for Aston Martin with all 99 cars sold very quickly. It's very clear; our customers want choice and individuality. "However, the DB AR1 is a concept car that we want to show to our US customers to see if they like it. It has been designed with the Californian weather in mind and is a Roadster in the proper tradition with no hood and space for just two people. If there is sufficient interest we will consider putting it into production in 2003." 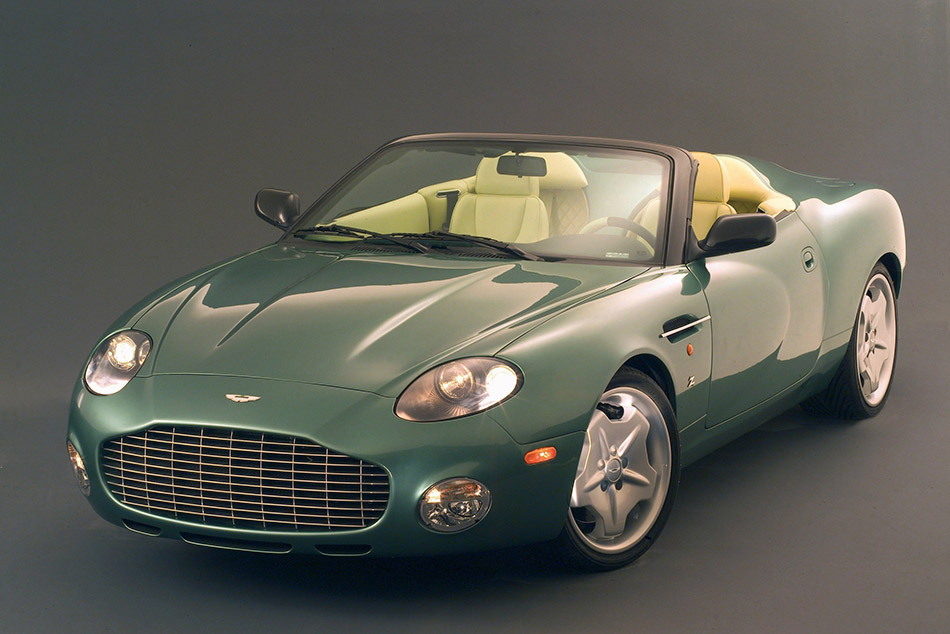 The DB AR1 has a large distinctive radiator grille and accentuating rear wheel arches, which are also new, whilst the carefully detailed features such as the reverse/fog light combination provide graphic evidence of intricate hand craftsmanship and quality that has become an Aston Martin trademark.

Aston Martin has yet to conduct performance testing however, it is expected that recent developments of Aston Martin's low emission, all alloy, 6.0-litre V12 engine, means that DB AR1 will benefit from a performance increase, and offer 435bhp - compared with 420bhp of the DB7 Vantage.

This increased power together with a revised final drive ratio and active sports exhaust system will not only provide noticeable improvement in mid-range power, but also additional torque - up from 400 lb/ft (DB7 Vantage) to 410 lb/ft, providing a sharper accelerating drive.

An AP twin plate racing clutch, which replaces the single plate clutch found on the DB7 Vantage, combined with the revised quick-shift gear lever - also fitted to the DB7 GT - will enable the driver to maximise use of the increase in power and torque and enjoy a faster gear change.

The active sports exhaust system with rear muffler by-pass valves - as used on the V12 Vanquish - provide the DB AR1 with a very distinctive exhaust note.

A combination of racing-style grooved 355mm (front) and 330mm (rear) Brembo disc brakes and uprated Pagid RS 42-1 front pads provide the DB AR1 with better-sustained performance, with improved resistance to judder and fade, particularly at high speed. An uprated brake booster unit - as used on the V12 Vanquish - assists in providing the driver with progressive braking and a firmer and more consistent pedal feel.

"Production of DB AR1 is dependent upon clients' interest," explained Dr Ulrich Bez. "If the reaction is as positive as that for the DB7 Zagato, we will produce a limited number of DB AR1 models solely for the US market.