Independent rally teams will soon be able to compete in the world's most exclusive rally car, the Aston Martin Rally GT. The new car has been developed by Aston Martin Racing, a partnership between Prodrive and Aston Martin.

The Rally GT is based on the Aston Martin V8 Vantage, but extensively re-engineered by Prodrive. The motorsport specialist has combined its experience of running the Aston Martin DBR9s in international sports car racing with more than 20 years of rallying experience, to create this new car. As part of its development programme, the Rally GT has already competed in three French Rally Championship events, coming second in the Series GT class on its debut at the Lyon to Charbonniers Rally. 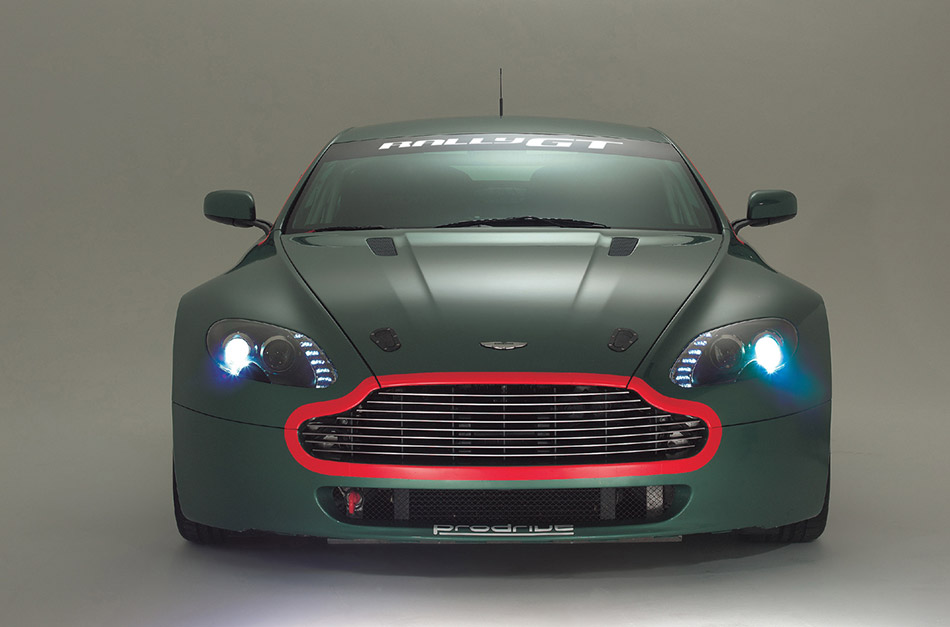 As with the DBR9, the Rally GT uses a standard road car chassis which is fitted with a Prodrive-designed roll cage for safety and increased torsional rigidity. The engine is closely based on the all alloy road car 4.3 litre V8 unit but has been tuned to make it more flexible and responsive for the demands of rallying.

The suspension on the Rally GT carries over the road car's wishbones, but has new competition Eibach springs and three-way adjustable EXE-TC dampers. The standard road car transmission is kept on the rally car, but this can be upgraded to a six-speed, close ratio dog engagement gearbox, developed specifically for the Rally GT.

A limited number of Rally GTs will be produced by Aston Martin Racing and the first cars will be available at the end of 2006.