It got off to a good start: Already in its first FIA World Rally Championship season, the Volkswagen Motorsport team with the Frenchman Sébastien Ogier did not only set the drivers' world champion but also secured the brand name World Champion of the WRC. To match the success of the rally bolides Volkswagen has also sent their "civilian" brother the "Polo R WRC Street" to the streets during the past few weeks. The experts of B&B Automobiltechnik from Siegen, who have specialized in optimizing VW and Audi vehicles since over 29 years have now taken on the task of technically and optically reworking this special high-performance model that is limited to just 2,500 vehicles in production. 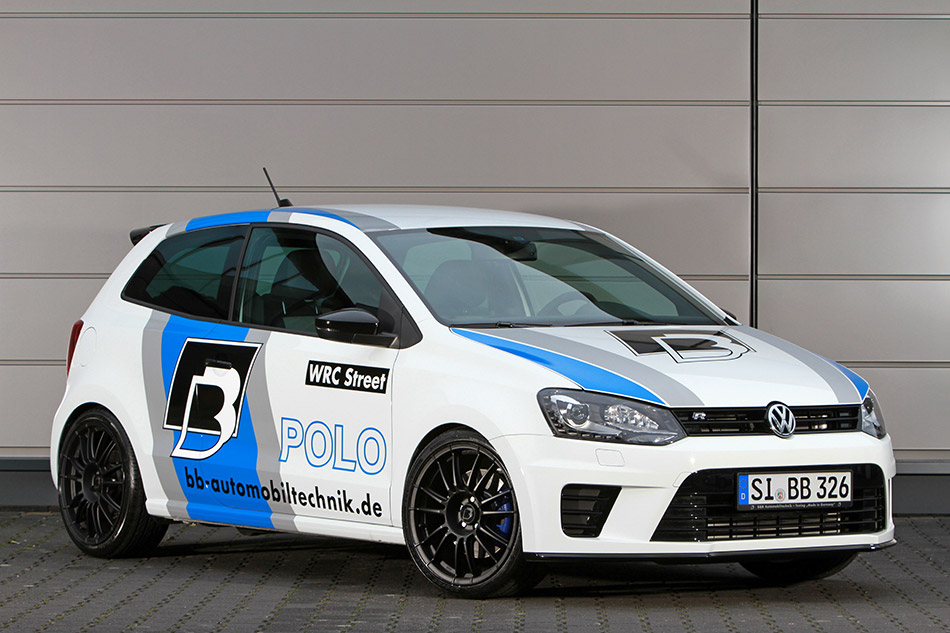 In stage 2 (326 horse power / 475 Nm / € 2,995), an enlarged and cross-section optimized special front exhaust pipe is installed, charging air pressure is increased by approximately 0.25 bar and the engine electronics adapted to such modifications.

Finally, for 362 horse power and 510 Nm torque, stage 3 entails a special high-pressure fuel pump and a modified air suction system and the company's own sports exhaust system for the purpose of reducing exhaust counter-pressure and exhaust temperature. A high-performance charging air cooler and a special oil-cooling system ensure at all times that temperatures are well within the proper range. Adaptations are subsequently made in the area of suction and engine management. The price of the big performance stage is € 7,950.

Moreover, B&B emphasizes that sportiveness and thriftiness as well as environmental consciousness must not mutually exclude each other: In the vehicle in the picture, B&B technicians installed a full-throttle-resistant auto-gas system, which can be used up until maximum torque – also with performance boost – thanks to its ingenious electronic control system. The alternative usage of the SuperPlus in fuel operation remains possible at all times.

To optimize the handling characteristics and the visual appearance of the Polo R WRC Street, B&B optionally offers a 20/30 millimeter set of sports springs (as from € 248) and a B&B coilover kit that is specially adapted to VW Polo R WRC Street and is height, compression and rebound-adjustable (as from € 1,798). There are also optional B&B stabilizers for front axle and rear axle for even more driving stability and minimum roll behavior in cornering (as from € 498).

Adequate deceleration for the significantly boosted driving performance is guaranteed by a special 4 or 6-piston high-performance braking system, which tends to fill the pilot of the Polo R WRC Street at all times, with a sense of outstanding safety. Weight-optimized rims in 8x18 inches with tires of size 225/35R18 successfully round up the exterior of the "Racing Polo". To bring the visual appearance of the street model even closer to that of its bigger racing brother, an eccentric aerodynamic package in the visual appearance of WRC Racing is also in the offing.