From the outside, the BMW X6 M Design Edition stands apart with its 21-inch M Performance light-alloy wheels in double-spoke design and carbon elements. The exterior paintwork, meanwhile, can be specified in Alpine White, Sapphire Black or Melbourne Red metallic. It all comes together to create an elegantly sporty blend of colours – in a combination available exclusively in the 100 examples of the BMW X6 M Design Edition that will leave the factory. 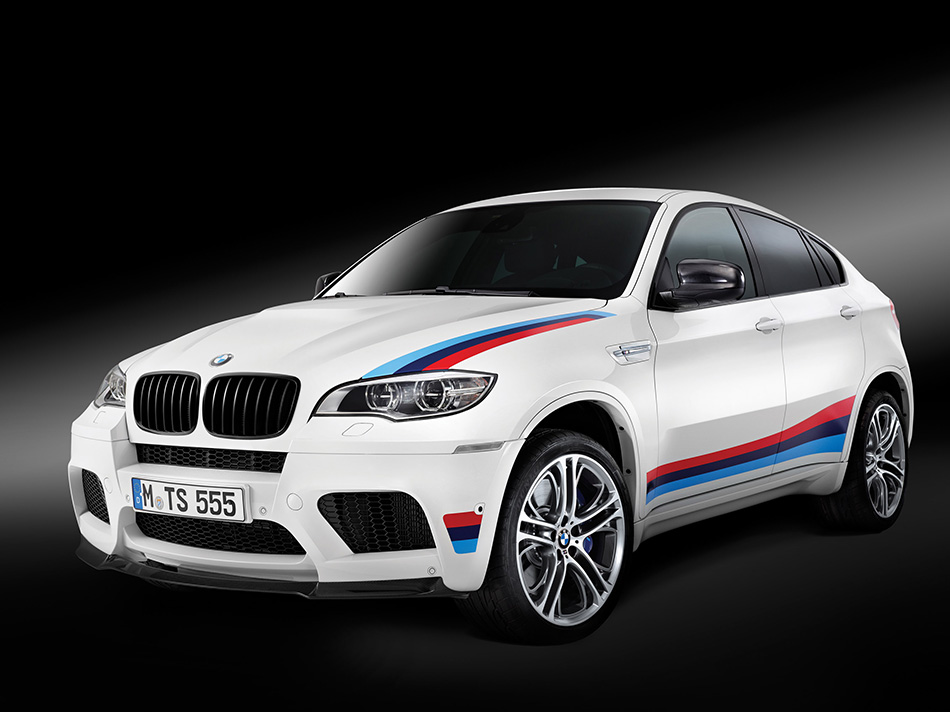 Ever since it was unveiled in 2008, the world's first Sports Activity Coupe has combined the assured versatility of a BMW X model with the elegantly sporty lines of a coupe. The BMW X6 M Design Edition shines a particularly bright spotlight on the already striking, stand-out flagship status of the high-performance BMW X6 M.
With its carefully targeted styling accents, the BMW X6 M Design Edition sharpens the profile of the BMW X6 M as an unmistakeable cult figure in the premium all-wheel-drive segment. All BMW X6 M Design Edition models drive on 21-inch M Performance light-alloy wheels in double-spoke design. The front end is defined by its black BMW kidney grille and black exterior mirror caps. The process of aerodynamic fine-tuning is underlined by the carbon M Performance front splitter and M Performance rear spoiler and the likewise black rear diffuser. And those looking to add further motor sport inspiration to the mix can also choose the optional M Performance decals with stripes in the BMW M colours.

Alongside the features already detailed, BMW M GmbH has also put together a range of selected options tailored precisely to the X6 M Design Edition and made them available for the limited-run variant as a fixed package. These include heated front seats, lumbar support, a storage package, sun protection glass, the Head-Up Display with additional M specific display and the HiFi Professional or BMW Individual high-end audio system.

As in the standard version of the BMW X6 M, a 4,395cc BMW M TwinPower Turbo eight-cylinder petrol engine developing 408 kW (555 hp) and peak torque of 680 Nm (502 lb-ft) imbues the BMW X6 M Design Edition with compelling performance. The six-speed M Sport automatic transmission boasts impressively short shift times. The almost uninterrupted flow of momentum enables unbeatable pulling power and thrilling acceleration. And the driver can take over gearshift duties at any time using the selector lever or M shift paddles on the steering wheel. Added to which, two pre-programmed set-up options for the engine and transmission management help the driver to achieve an even more dynamic and/or efficient driving style. 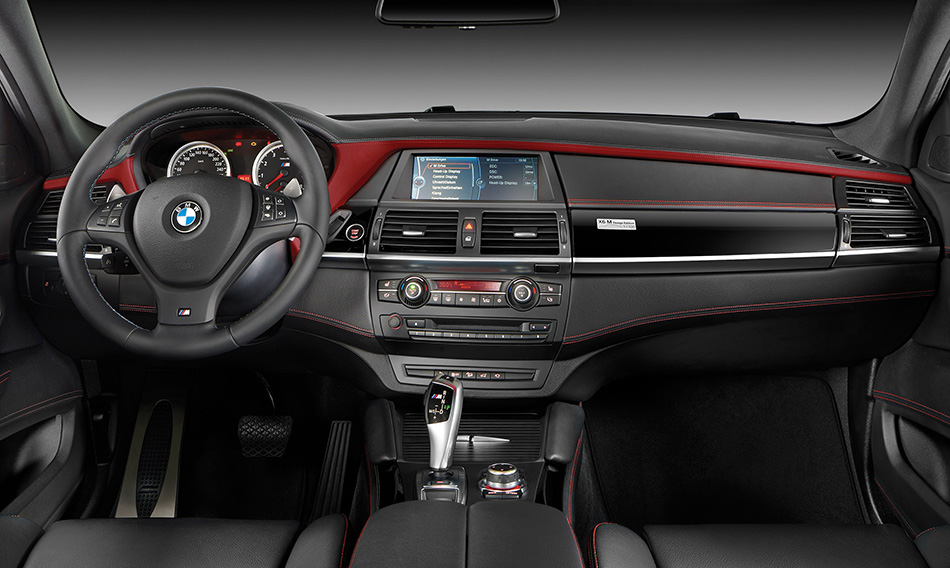 The engine's power is distributed via the tried-and-trusted xDrive all-wheel-drive system, whose special M specification raises the car's dynamic capability another notch. In addition, at the touch of a button the driver can also select one of two set-up programs for the BMW X6 M's 10-millimetre lower adaptive suspension. The speed-sensitive power assistance for the steering has likewise been specially tuned for the BMW X6 M. The high-performance brakes feature four-piston callipers and 395-millimetre discs at the front and single-piston callipers with 385-millimetre discs at the rear. The BMW X6 M is therefore equipped not only to be driven at high speeds but also to tow loads of up to three tonnes in weight.