Since its founding on August 01, 1997, the BEST-TUNING company from Viersen on the Lower Rhine has steadily "grown", as concerning the performing of client's tuning wishes for cars or bikes, as also in the favor of the estimated customers. Besides the automobile everyday life, the team around Stephan WITT favors the sections of car-retrofitting and exclusive tuning. The latter one gave the name to the company. The co-operation with exclusively renowned enterprises only has proven to be best all the years over. 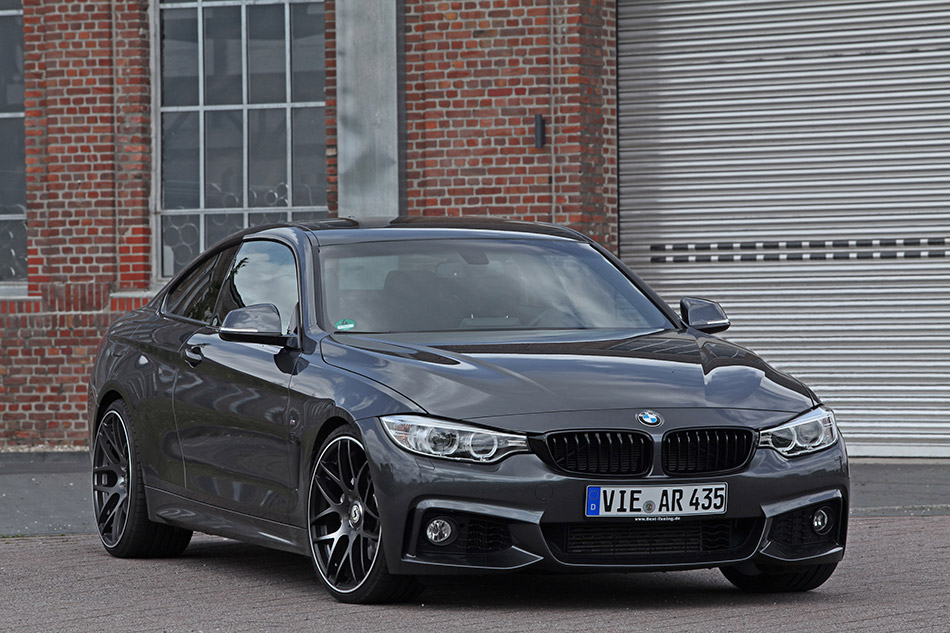 This time, the challenge is to give the still rather young 4-series BMW as follow-up model of the 3-series coupé and cabriolet an individual and distinctive outfit. Optimal starting point is the wheel-tire-combination also for this 435ix. The fruitful co-operation with SCHMIDT GmbH in Bad Segeberg alias "Schmidt Revolution" (www.felge.de) let make the difficult because of the wealth of the offered possibilities choice for the type Gambit in the dimensions 8.5x20" in combination with 235/30-20 tires on the front or 10x20" with 275/25-20 tires on the rear axle. For the complete rim set including tires at least – depending on the tire brand – 2,600.00 Euro are to be called off.

Furthermore, in this grey coupé have been installed KW coilovers. By the way, KW-Suspension is another co-operation partner of BEST-TUNING. Depending on the variants 1 – 3, beginning with 1,100.00 Euro are to be forked out. And, finally, a power improvement only by software modification without another hardware warrants for a HP-boost of the serial 306 HP up to now 365 HP. Matter of expense for: 1,299.00 Euro. Rests to say that BEST-TUNING has in its delivery program also exhaust systems for 435ix BMW, which has not been installed in the present case.