The new Bugatti Veyron 16.4 Grand Sport confronted the marque renowned for impeccable automotive solutions, aesthetics and driving dynamics with a whole new set of challenges. In response to customer demand, significant modifications have been made to the vehicle's complex structure so as to enable opentop driving, thereby adding a new dimension to this high-performance sports car. Incorporating a host of new and innovative safety and equipment features, it is the world's fastest and most exciting roadster. It is immediately recognizable as a result of its slightly higher windscreen, stylized daytime running lights, and lightweight, transparent polycarbonate roof. 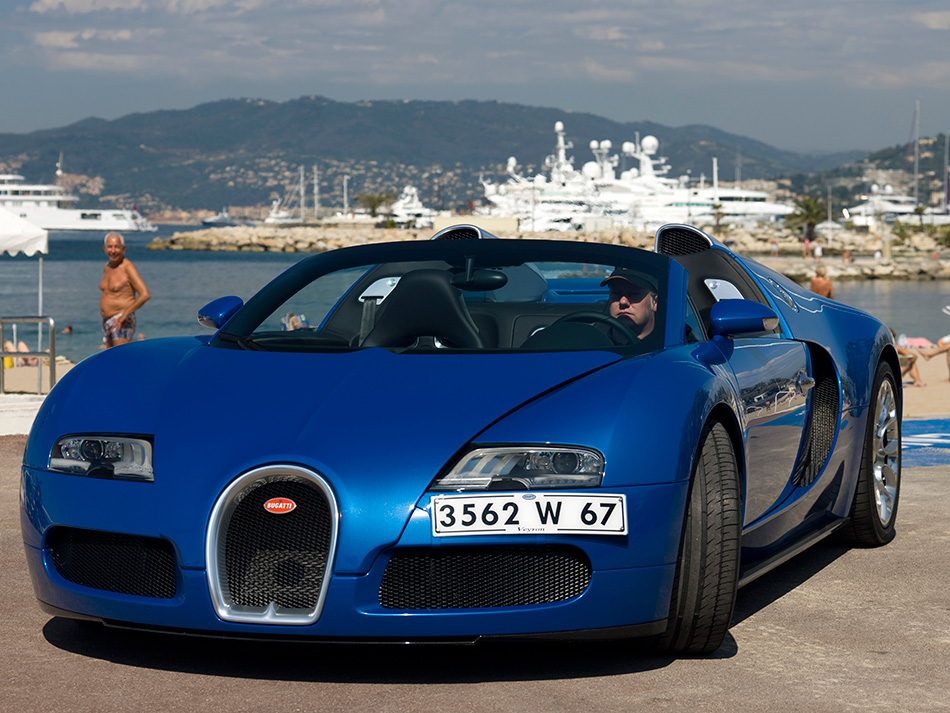