"Rembrandt Bugatti was an exceptional sculptor. He represents the strong artistic roots of the Bugatti family, as did his father, Carlo," said Dr Wolfgang Schreiber, President of Bugatti Automobiles S.A.S., at the presentation of the Legends edition. "As vehicle developer and founder of the Bugatti brand, Ettore was also inspired by this artistic heritage. Art is of course one of our three brand values, namely ‘Art, Forme, Technique'. This makes Bugatti unique in automotive history, and was the reason we dedicated this striking Legends model to Rembrandt Bugatti."

The art world views Rembrandt Bugatti as one of the most notable and artistically independent sculptors of the early 20th century. He became famous through his animal sculptures, and cast a large part of his work in bronze. The pieces are now on display in several collections and museums across the world. In the same way that Ettore saw automobile creation as an artistic process, Rembrandt Bugatti's fame was based on his extraordinary artistic talent and his formidable manual abilities in manipulating surfaces.

The "Rembrandt Bugatti" is the fourth Legend from the brand. To launch the "Les Légendes de Bugatti" edition last year, Bugatti presented "Jean-Pierre Wimille" at California's Pebble Beach, "Jean Bugatti" at the IAA in Frankfurt and "Meo Costantini" at the Dubai Motor Show. All nine vehicles of these three Legends have been sold. "The Legends edition is a great success for Bugatti. The response from our customers is
amazing," said Dr Wolfgang Schreiber, President of Bugatti Automobiles S.A.S. 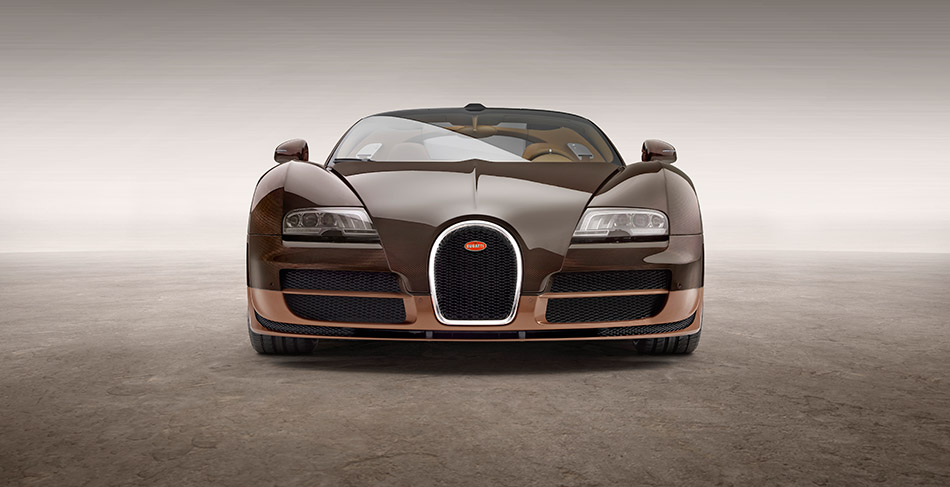 "Rembrandt Bugatti had a special talent for capturing the movement of animals at their most expressive moment," explains Achim Anscheidt, Head Designer at Bugatti. "The patina, the soul and the crafted character of his bronze sculptures guided us to the colour and material choices in the Legend car that carries his name." Anscheidt continues: "The result is a super sports car that fuses beauty and elegance with great dynamics and sporting appeal."

The body of the "Rembrandt Bugatti" Legend Vitesse was designed in the "horizontal split", and is largely composed of bronze-coloured clear-coated carbon as a gesture to the artist's favoured material. The vehicle's lower half is painted in an elegant light brown, "Noix". The famous Bugatti horseshoe gleams in platinum from the front grille, with platinum also ringing the EB logo at the vehicle's rear. The wheels are painted in dark "Firefinch" and light "Noix" browns, and these colours combine to complete the elegant appearance and set the super sports car off against the asphalt. In reference to the artist and Legends car's namesake, Rembrandt Bugatti's signature has been lasered onto the petrol and oil cap.

The elegant and harmonious appearance continues in the vehicle's interior. The Vitesse is completely upholstered with leather in light brown "Cognac". The rear centre box between the seats has a striking design. It proudly sports Rembrandt Bugatti's famous elephant sculpture, the hood ornament of the Type 41 Royale and today is the symbol for both the brand and the Legends edition. The elephant was cast in bronze with great technical skill and worked as an insert into the cover. The cover is made of bronze-coloured clear-coated carbon. The door trim is impressive evidence of Bugatti's reputation for working high-quality materials in a unique style, with braided leather in the softly contrasting colours of "Cognac" and "Coffee". This elegant design was developed exclusively for this Legends car. 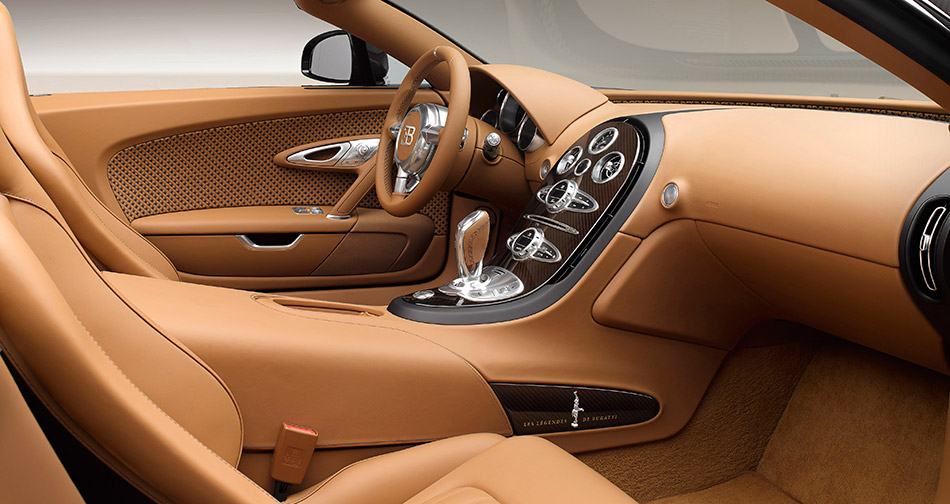 Platinum is also in evidence in the vehicle's interior, on the EB logo on the steering wheel. Other interior details specific to this Legends Vitesse are the insert of bronze-coloured clear-coated carbon on the extended centre console with the lettering "Les Légendes de Bugatti" and Rembrandt Bugatti's elephant, and the door sill plates displaying the sculptor's portrait and signature.

Rembrandt Bugatti (1884-1916) ranks among the most remarkable and individually artistic sculptors of the early 20th century. Born in Milan, Rembrandt was Ettore Bugatti's younger brother. His exceptional talent was discovered early on, though his father Carlo Bugatti, himself successful as an artist and designer, had initially planned a future as an engineer for the young Rembrandt. After Rembrandt began sculpting at an early age, his father sent him to the Brera Art Academy in Milan. His very first exhibitions in Venice and Paris caused great sensations. Over the course of his short life, Rembrandt's oeuvre came to include over 300 bronzes, paintings and drawings. Rembrandt's great artistic passion for animals emerged at an early stage. He began modelling cows, horses and dogs, and was later inspired by the more exotic forms on display at the zoological gardens in Paris and Antwerp such as anteaters, tapirs, hippopotamuses and elephants.

Rembrandt created a great many elephant sculptures, but it was his dancing elephant that became perhaps the most recognisable symbol for the Bugatti brand. It is, after all, the silver hood ornament that adorns the Type 41 Royale. Because of his incredible flair for capturing the very essence of the animal in a sculpture, he was known across Europe and America.
The First World War drove Rembrandt Bugatti to take his life in Paris in 1916. He was only 31 years old.