2013 Trailblazer, Chevrolet's tough new "haul-anything, go-anywhere" SUV, made its world debut today at a special event ahead of The 33rd Bangkok International Motor Show in Thailand.

First previewed in concept form at last year's Dubai International Motor Show in the Middle East, the Trailblazer will go on sale around the world, beginning with Thailand in June.

Available in two- and four-wheel-drive configurations, the Trailblazer is powered by GM's new four-cylinder Duramax turbo-diesel engines that offer class-leading power and torque matched with efficiency and refinement.

Martin Apfel, president, GM Southeast Asia and Chevrolet Sales Thailand, said the introduction of the new Trailblazer, which will be built at GM Thailand's manufacturing facility in Rayong, will boost Chevrolet's presence in the world's fast-growing SUV markets. 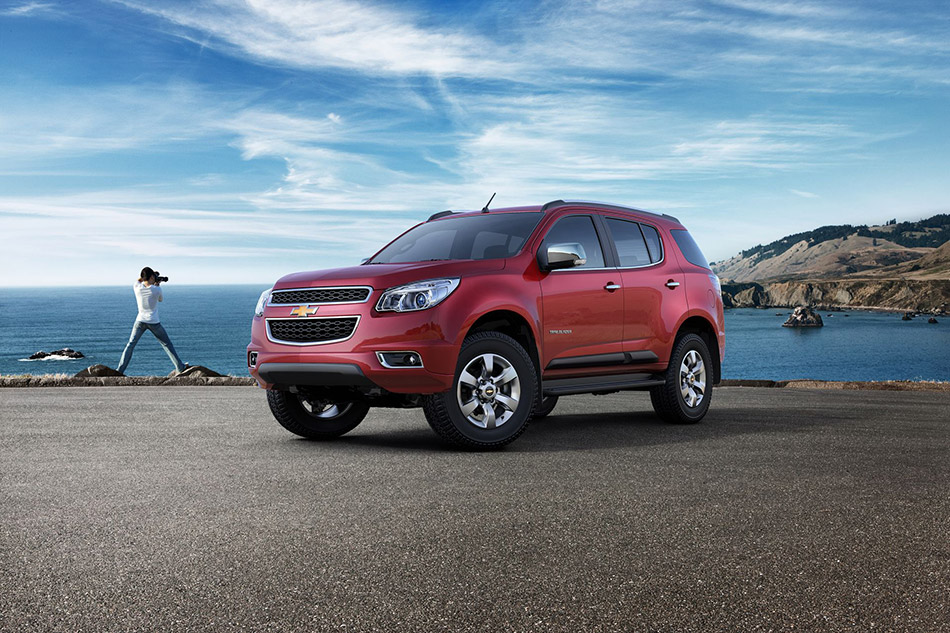 "True to its name, the Trailblazer will blaze the trail for new Chevrolet vehicles coming into the market. It has been built tough to offer Chevrolet customers everything they need from a heavy-duty SUV," he said.

Designed for family transport and urban commuting, the Trailblazer is equally at home negotiating off-road terrain as it is with urban traffic and highway cruising," Apfel added. "It will hit the sweet spot, not just for consumers in Thailand and throughout Southeast Asia, but in every place around the world where it will be sold."

The Trailblazer was developed in tandem with the all-new Chevrolet Colorado midsize pickup truck by a highly skilled team of GM engineers, who used their expertise to add passenger vehicle attributes to the midsize truck architecture.

Team members lived in Thailand during the development of both vehicles, immersing themselves in the highly competitive truck and SUV market and observing how Thais use their vehicles and the driving conditions they experience. The insights gathered led to the development of Trailblazer models covering two specification levels: the mid-level LT and the range-topping LTZ.

The Trailblazer will be powered by GM's all-new family of Duramax four-cylinder turbo-diesel engines, featuring 2.5L and 2.8L displacements. The engines incorporate a host of technologies aimed at delivering an optimal balance of power, performance and fuel economy.

The range-topping 2.8L variant features a variable-geometry turbocharger for optimal power and efficiency across the engine's revolution band, and a balancer-shaft for greater smoothness. Both engines feature components designed to last for 240,000 kilometers, enhancing durability and reliability while contributing to lower cost of ownership.

A choice of two drivetrains will be offered – a five-speed manual transmission and a six-speed automatic featuring electronic shift-control with clutch-to-clutch capability and an electro-hydraulic control module.

Additional powertrains for specific markets will be announced later.

The Trailblazer's foundation for both its on- and off-road capabilities is its robust body-on-frame architecture. With the support of an independent five-link rear suspension, a feature found in more upmarket, premium SUVs, the Trailblazer displays none of the typical characteristics of conventional body-on-frame SUVs. In fact, it enjoys a combination of best-in-class luxurious ride and responsiveness. The use of coil springs throughout also provides the Trailblazer with better suspension articulation, a useful trait in off-road conditions, in addition to providing passenger car-like handling dynamics on the road.

"Our objective when developing the Trailblazer was to achieve ride and handling dynamics that match, and in many cases exceed, those of similar-size crossover vehicles," said Brad Merkel, GM's Global Vehicle Line Executive for Midsize Trucks and SUVs. "The Trailblazer will cater to a wide range of driving styles and requirements. It is car-like responsive and premium in its ride quality while offering the off-road capability that our customers demand. That makes it the complete SUV package."

The Trailblazer range boasts an impressive array of active and passive safety features, including:

The Trailblazer's bold road presence was created by the GM South America Design Center in São Caetano do Sul, Brazil, and shares a number of design cues with its sister vehicle, the Chevrolet Colorado, in line with Chevrolet's global design DNA.

Exterior highlights include a "body in-wheels out" design that delivers high approach and departure angles. A dramatic power dome in the hood combined with a raised cowl designed to give the Trailblazer a strong, purposeful appearance, while higher-mounted dual projector headlamps are positioned beneath the power dome, emphasizing the visual strength in the face of the vehicle.

Also prominent is the contemporary dual-port grille – an unmistakable Chevrolet cue – that carries a three-dimensional grille mesh. It is complemented by polished aluminum decor trims in the fascias, rockers, belt line, tailgate and roof rack.

"The Trailblazer delivers a great combination of capabilities, from negotiating off-road trails to daily city driving, that we wanted to convey visually," said Matt Noone, director of Design for GM do Brasil. "There's an obvious sense of muscle in the design, but at the same time a very sophisticated appearance in line with the world's premium SUVs. From every angle, the Trailblazer looks agile and athletic, with a refined finish that makes it a vehicle our customers will aspire to own."

Signature Chevrolet cues continue inside, conveying spaciousness, flexibility and an upscale appearance in all control interfaces. With a flowing instrument panel, integrated center stack and signature Chevrolet dual cockpit design, the interior of the all-new Trailblazer combines car-like characteristics with the boldness expected of a true SUV. The seven-passenger interior offers intuitive three-row tumble and/or fold-flat seat versatility and best-in-class spaciousness in the third row. 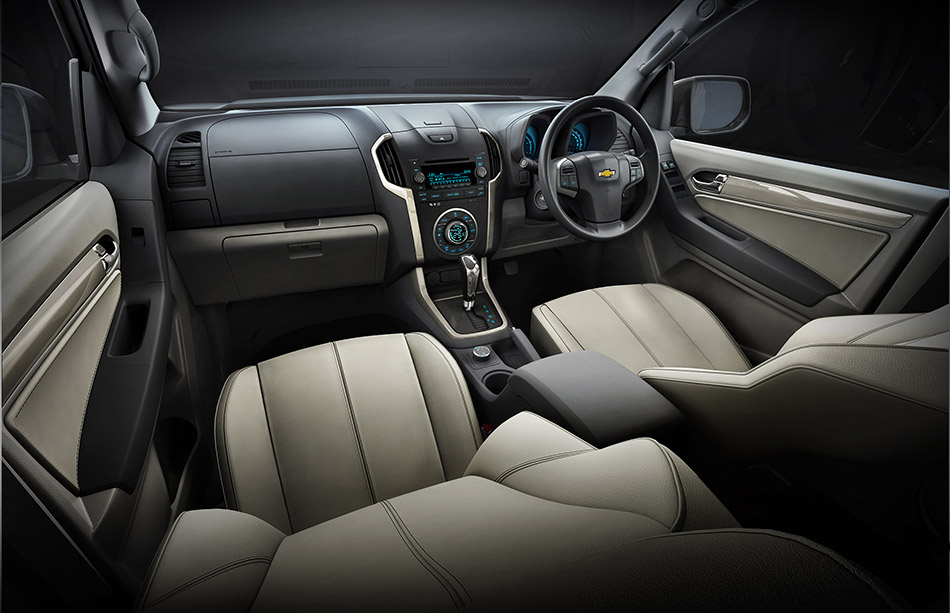 "We made the seating both flexible and intuitive. There's no need to pull out the owner's manual to figure out how to configure the seats," Noone said. "The third row in the all-new Trailblazer isn't an afterthought. It's an authentic third row where people can sit comfortably for long trips. Combine that with luxurious interior appointments and it is easy to see why the Trailblazer really is an all-purpose vehicle."

Pricing, full specifications and features will be released later.