Few production cars can match the ZL1's performance, and all of its high-velocity achievements were conducted with a stock test vehicle wearing all the street-legal, factory-issued components – and no time-consuming equipment adjustments at the racetrack.

2015 Camaro ZL1 is available in coupe and convertible models. Each wears a unique front fascia not shared with any other Camaro models. It was developed for the unique airflow requirements for engine cooling, brake cooling and aerodynamic downforce. 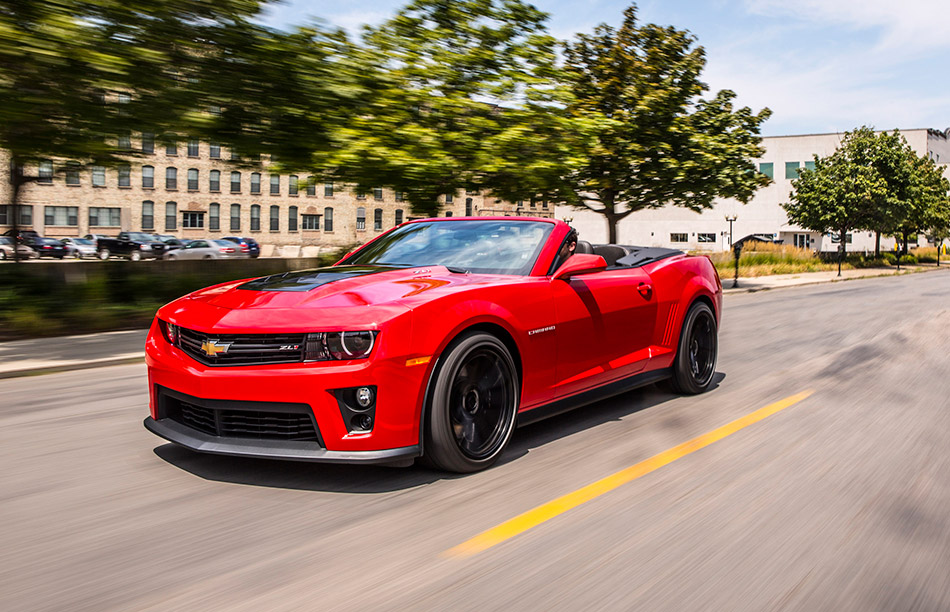 To maintain stability and steering response at the speed Camaro ZL1 is capable of achieving, it features an aerodynamic design that generates downforce to press tires against the track. The Camaro ZL1 produces 65 pounds of downforce at an equivalent 150 mph (241 km/h) – compared to 200 pounds of lift in a Camaro SS – which was offset by an increase of only 40 counts of additional aerodynamic drag.

Because the Camaro's architecture was designed to accommodate a convertible model, it gives ZL1 convertible coupe-like driving dynamics and performance capability. Four strategic reinforcements enhance the already-stiff body structure to quell the cowl and steering wheel shake common in convertibles. They include:

Additional structural reinforcements in ZL1 convertible are designed to improve noise and vibration characteristics, while also reducing unwanted ride and body motions, including a hydroformed tube in the A-pillars.

Supporting dynamic track and street performance of ZL1 is LSA 6.2L supercharged engine, which is rated at 580 horsepower (427 kW) and 556 lb.-ft. of torque (754 Nm). The engine's bottom end uses six-bolt main bearing caps that clamp and lock in a forged steel crankshaft within a deep-skirt cylinder block. Additional features include:

The 1.9L Roots-style blower uses an efficient four-lobe rotor set and compact intercooler to deliver boosted air into the high-flow cylinder heads. The engine also draws its breath through a unique induction system, with a low-restriction air filter, dual inlet paths and enhanced airflow through the supercharger housing. 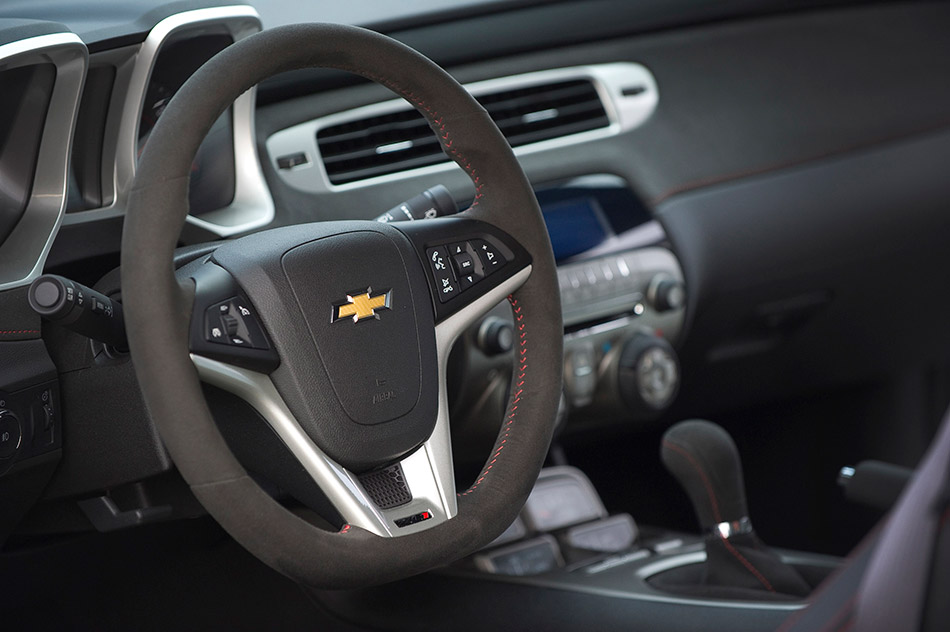 With PTM, launch control feature (manual transmission only) automatically modulates engine torque for the best-possible acceleration without excessive wheel spin. When driver pushes the throttle to floor, the system holds a predetermined engine speed until the driver releases the clutch. Then, the system modulates engine torque 1,000 times per second to maximize the available traction. Similarly, on a road course, the driver can apply full throttle when exiting a corner and Performance Traction Management will automatically manage acceleration dynamics to maximize exit speed based on available traction.