The new Fiat Uno, a model bold on concepts and lines, comes to redefine the segment of compact cars. It is simply unique. One. Unique. Singular. Individual. This is how the dictionary defines the word "Uno". And this is how the new car from Fiat Automobile is.

The new Fiat Uno comes with all attributes that will make it a new success story. In addition to the new concept and bold lines, it enables an unprecedented level of customization in the Brazilian market. A new icon in the segment. With countless options from the factory and the dealer, the client can customize the car at his/her taste, with optional items and accessories, turning the new Uno into an extension of his/her own individuality. 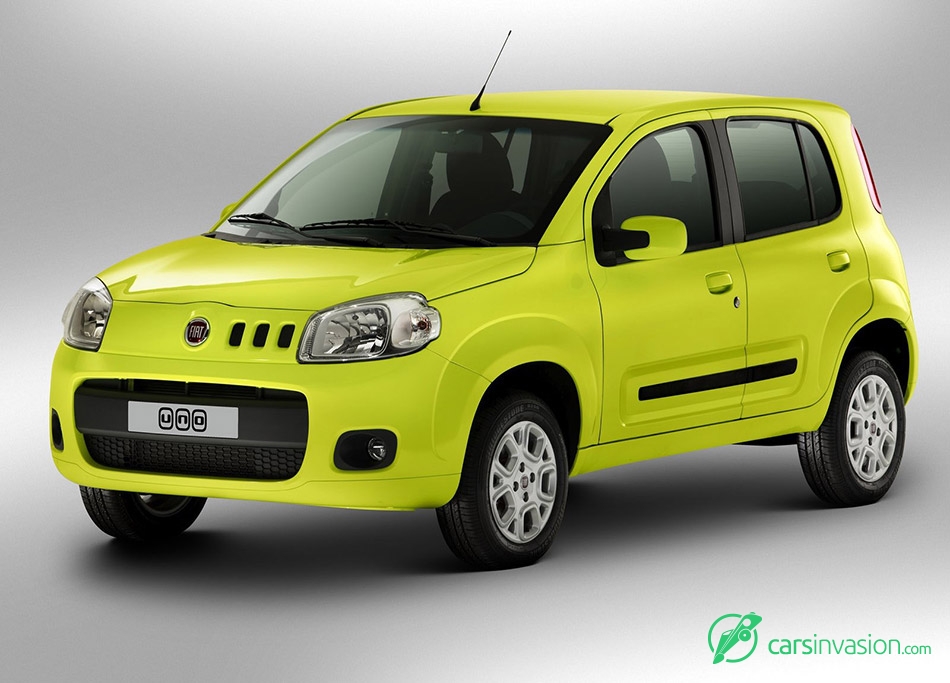 However, behind the innovative look there is also a well-defined machine. It marks the premiere of two new engines - Fire 1.0 Evo and Fire 1.4 Evo, both Flex fuel - that incorporate modern technologies to ensure great performance with fuel saving and low level of emissions.

To formulate the concept of the new model and achieve its surprising shapes, the designers from the Fiat Style Center for Latin America and from the Fiat Style Center in Italy did not try to guess what the consumer wanted. On the contrary - first they talked to the client and only then they started creating the car. Open communication was adopted throughout the development, until the product clinics with the actual-size internal and external style models. This way, there was no room for error.

An important data collected throughout research was how the Brazilian consumer sees the Fiat Uno: an icon, a parameter of longevity, a robust, reliable, economical car - both on the purchase and on the maintenance and fuel consumption. A tale of success with square lines, removed from the sharp, rounded lines of most models currently in the market.

Several concepts were proposed in this universe. The winner was "New Square - square and resistant like no other". In other words, a new reading of the square. An evolution. The new Fiat Uno.

For this reason, it gets the same name as the famous hatchback, but it will not be available to the market to replace it: Uno Mille continues as a landmark - after all, it was the model that opened the segment of 1.0 engine cars in Brazil, in 1990 - and as an option with exceptional cost/benefit ratio.

On the best Uno tradition, the new hatchback has compact lines that encompass a cozy, well-lit cabin, with optimum space for all passengers and offering convenience items such as power steering, air conditioning and radio with CD / MP3 player with Bluetooth, hands-free and USB connection, as well as important safety equipment, such as airbags and ABS brakes.

The new Fiat Uno also brings an unprecedented concept for its segment: the heated windshield, with the defogging function. This item, when activated, takes up to three minutes to completely defog the windshield. After this time elapses, the function is automatically deactivated.

The new Fiat Uno will be available in four finish versions, all with four doors - two with 1.0 engine and two with 1.4 engine - and keeps the name of one of the most successful versions of the hatchback: the Way model. In all of them, the consumer can be sure that he/she will find a modern, bold car with excellent engines and lots of personality. They are: Uno Vivace 1.0 Flex, Uno Way 1.0 Flex, Uno Attractive 1.4 Flex, and Uno Way 1.4 Flex.

One of the great reasons of pride for the Fiat Style Center for Latin America is the entire process for creation of the new Fiat Uno, but this would mean little if the end product was not special. And the new Fiat Uno is special.

From the beginning of the creation process, designers worked side by side with a research studio, asking questions, presenting proposals and obtaining feedback. 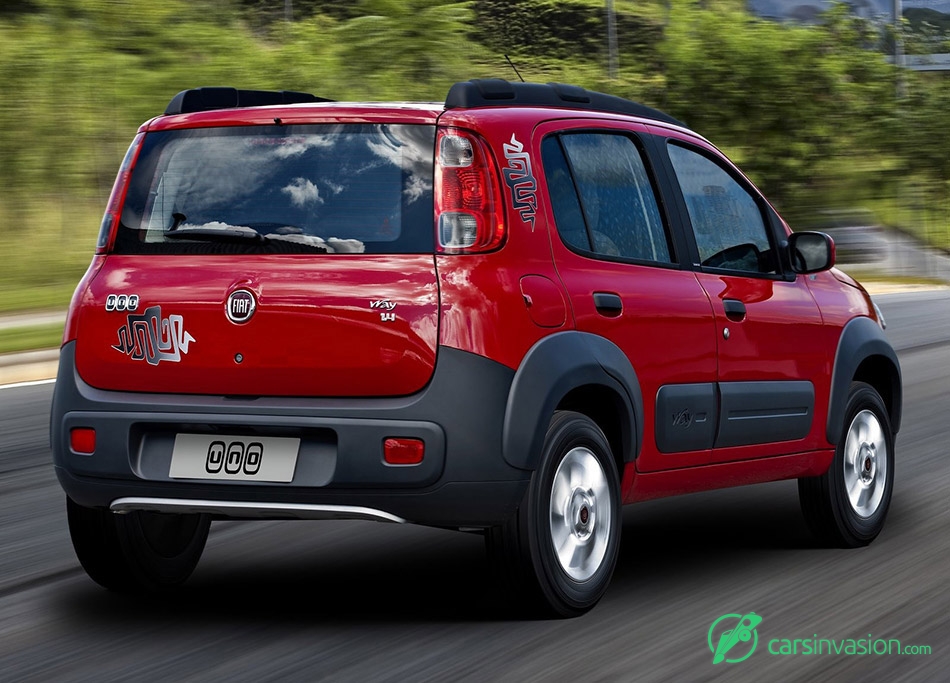 The rationale: by listening to the client, it would be possible to screen and refine his/her suggestions in order to create exactly the car of his/her dreams. What the designers found out was that the first Fiat Uno, the icon, should be the starting point for an entirely new car. The Fiat Style Center started drafting the new car, and the research determined if it was exactly what the client wanted. The answers pointed out the path to be followed.

The result: an absolutely original concept, humorously named "Round Square," which guided the entire development of the new car.

And what is exactly a round square? Going from the icon Uno and its square shapes, the designers created the "New Square": pop and modern, the evolution. To give it a shape, they used premises from Industrial Design (industrial drawing) - instead of the traditional principles of Automotive Design, with its curvier, sportive lines - to create the round lines of the new model.

Adopting the square as a reference, a car with geometrical, balanced shapes was conceived. The squares with curves take back to Fiat Uno, but, at the same time, represent a contemporary concept and a trend from now on. Past, present and future fuse with boldness and bring the new.

Round squares are noticed, first, on the surprising front of the new Fiat Uno: the Fiat designers positioned three purely aesthetic elements between the left headlight and the company logo, which capture the eye and entice the curiosity to explore beyond.

Only then it is noticed that the motif is reproduced in all external elements on the new Fiat Uno, being expressed in countless ways, and it is also noticed that no line is random: all shapes are studied, meticulously constructed to contrast with the round surfaces. The fruit of the designers' skill and inspiration is an innovative car that transmits dynamism, solidity, youth and modernity without losing the playful aspect.

On the front, for example, the large and encircling bumper has a square divided by a horizontal bar, where the license plate and two air inlets are positioned. Its rounded corners play geometrically with the lateral squares that embed the fog lights, and also lead the eyes to the headlights, comprised of two overlapped squares with round corners.

The front hood cut is sinuous and gains strength with an increase of volume that ends on the lower part of the windshield. The lateral cut is very near the front wheel housings, like on the first Uno. They form different volumes defined by grooves, giving the car a robust, differentiated aspect. Its upper surfaces meet with the voluminous waistline, reinforcing this aspect.

On the side, in addition to the "square" wheel housings, there is an aesthetic rectangular groove, with rounded corners, which, along with the new handles, characterize the lines of the new Uno. The curves on the roof and the rear window harmonize with the straight line of the lower edge of the windows and the waistline, parallel to it - traces that give horizontality and a sense of solidity.

The large rear lights positioned on the rear pillar invade the side, offering maximum visibility in any situation. They also balance the design of the rear and make the pillars aesthetically lighter. They also have curves similar to the ones in the rear windows, a geometrical play of contours that makes the look of the new Fiat Uno even more innovative and interesting.

On the internal side, the lights surround the wide rear windshield with simpler and straighter volumes. The rear door has a curved surface, and the encircling bumper meets the wheel housings, always with well-defined curves and straight lines that, by playing with the squares, set the tone to this car.

Also playing with geometry, the inside of the new Fiat Uno contrasts with the exterior by exploring round shapes. Cozy, friendly, light and youthful, they invite people to stay inside the car.

Once more, everything happened for a reason. Contours, reliefs, colors, textures, graphs, finish, everything was conceived and planned in detail both from the style and from the ergonomics and comfort points of view.

Thus, the cabin is spacious, well-lit, comfortable, functional and very well finished - it is completely lined, with no apparent plates, and is definitely in full harmony with the spirit of the new model. 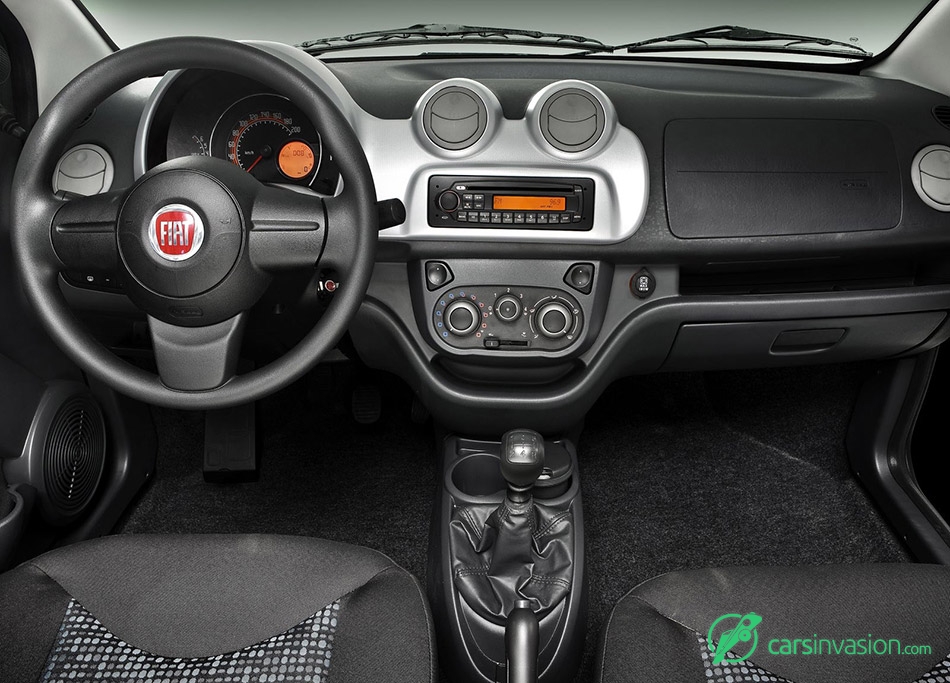 One of the highlights in the cabin is the panel. The front part has the insert molding technology, a film stamped and injected along with the plastic component - it is a serial item on the versions Attractive and Way, and an optional item on Vivace. This resource enables the creation of different, colorful and decorative graphic elements, and also allows the owner of a new Fiat Uno to personalize it with one of the many drawings offered as accessories by the manufacturer.

The standards and textures in other parts of the panel also innovate. Looking closely, it is possible to see infinite small squares - with rounded corners, obviously—throughout the surface. With a pleasant touch and easy to look at, they offer even more quality to the finish of the new Fiat Uno.

The instrument panel repeats the circular theme, including its display. It is lit by white LEDs, and is clear to read, making the driver's life easier. The Vivace version also has the Econometer (economy gauge), the same indicator of instant consumption that equips the Uno Mille Economy and the Palio Fire Economy models.

The seat lining was also object of long studies. Instead of being content with the usual, the designers researched new technologies and products to achieve a result consistent with both the style and quality of the new Fiat Uno. Thus, each version has its own fabric - it can be woven, mesh, velvet or a combination of technologies - all of them developed by different suppliers exactly the way designers wanted to. The lining is also repeated on door side panels. The attention to details obviously included the fabric patterns.