The Ford F-250 Super Chief concept takes truck leadership to a new level - as the world's first vehicle with Tri-Flex fueling, enabling the supercharged V-10 to run for 500 miles between fill-ups on hydrogen, E85 ethanol or gasoline.

The tri-fuel flexibility is one possible innovation by Ford to help pave the way for hydrogen vehicles, as the nation's ethanol and hydrogen fueling infrastructure continues to develop. 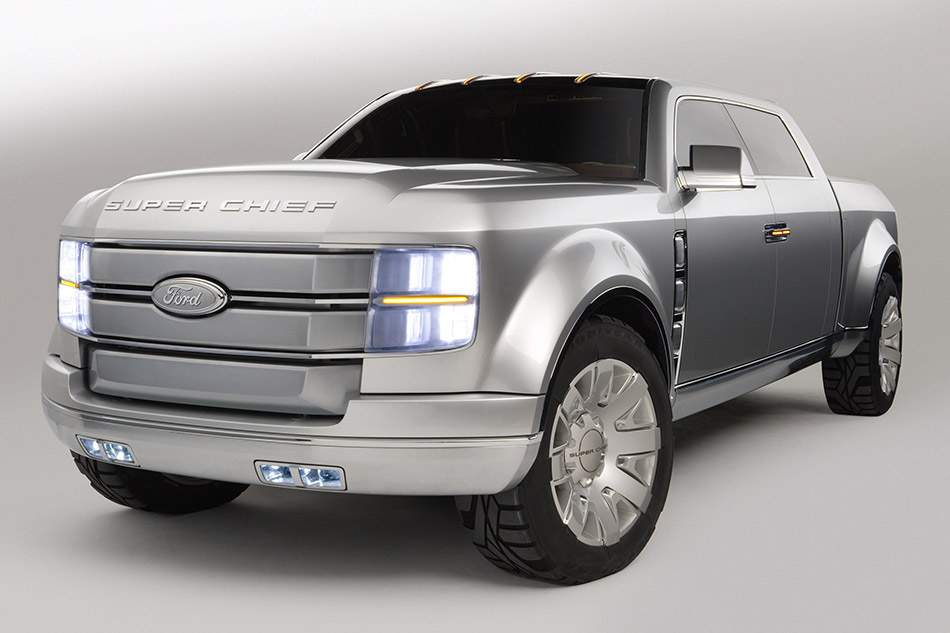 The concept truck and its name are inspired by the bold, American Super Chief trains of the nation's past. Super Chief is Ford's most advanced, well-appointed pickup ever - designed to build on the standard for interior excellence established by the new F-150.

The Ford F-250 Super Chief concept boldly foretells a new era for pickup trucks that Ford intends to lead with bold, American design and innovation - as it has for nearly three decades.

"F-250 Super Chief pays tribute to the bold optimism that is part of the American character," says Peter Horbury, executive director, North America Design. "The F-250 Super Chief's innovations pave a new path for the American truck. It's a notion - and a modern design - so bold, it could only come from Ford."