The Ford Focus is a compact/small family car made by the Ford Motor Company and sold in most Ford markets worldwide. It was launched in 1998 in Europe, and in 2000 in North America. Since then, it has become the United Kingdom's best selling car, following in the success of its predecessor, the Escort. A new version of the Focus was launched in Europe in January 2005, while the United States received an updated version of the old model. In 2001 and 2002, Focus was the world's best selling car.

Codenamed CW170 during its development, and briefly known to some Ford contractors as the Ford Fusion, the original Focus took its eventual name from a Ghia concept car which was shown at the Geneva Motor Show in 1991. Certain elements of the design had been seen even earlier in prototypes used by Ford to demonstrate forthcoming safety features such as the eye-level rear lighting clusters. Initial spy photographs of the car seen in 1995 showed a continuation of Ford's "new Edge" styling philosophy first seen in the Ka in 1996 and Cougar in 1998. 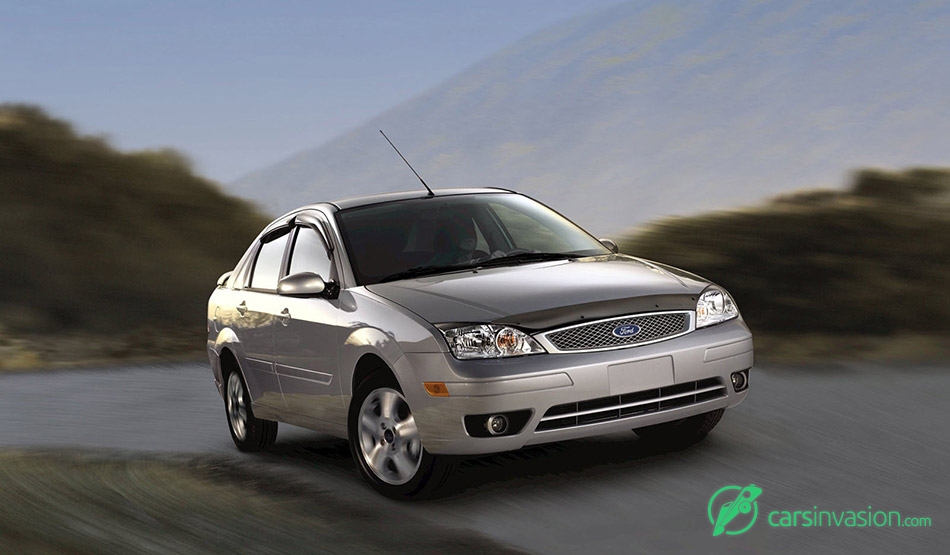 The interior of the car was also radically styled, featuring many curves and sweeping lines. Although the design was clearly influenced by the more radical Ford Ka the interior design language was more akin to those of American cars, in the same way the Mk 1 Mondeo was.

As well as having radical styling, the Focus also introduced high specification components. Built on an all-new platform, the car featured a highly sophisticated fully independent multi-link rear suspension (dubbed "Control Blade") which was derived from the Short-Long Arm system used on the Mk 1 Mondeo station wagon (estate) and was intended to give the car class-leading handling and ride. Although fully independent multi-link rear suspension is extremely costly, and is the main reason why such a set-up was very rare in the class, Ford managed to design and produce the suspension in an ingenious but cheap way by using pressed metal techniques. Until then other cars in the class, including the Focus' predecessor, featured torsion beam rear suspension.

The Focus is produced by factories in: Saarlouis, Germany; Valencia, Spain; Santa Rosa, Laguna, Philippines; Pacheco, Argentina; and Wayne, Michigan in which the United States Knocked down kits are supplied for assembly to Vsevolzhsk near Saint Petersburg, Russia. Some North American Focuses were built in Hermosillo, Mexico, before all post-2005 North American Focuses were built in Wayne, Michigan. The Hermosillo plant was then retooled to build the Ford Fusion.

The engines available were the well-proven 1.8 litre and 2.0 litre Zetec units from the Mondeo/Contour family and 1.4 litre and 1.6 litre versions of the Zetec-SE units found in the Fiesta and Puma, with the Endura diesel (a development of the old Deutz-designed motor which Ford had been using since the 1980s), although the Duratorq unit replaced this in 2002. The SVT and ST170 used a 168 bhp (170 Ps) variable valve timing version of the 2.0 litre Zetec engine while the RS used a 212 bhp turbo version of the same engine, but without variable valve timing.