The American Ford Fusion (code name CD338) is a mid-size car based on Ford's CD3 platform on which the Mazda 6 is the best known example. The Fusion went on sale in October 2005 as a 2006 model and is a replacement for the discontinued Taurus. The Fusion also is a de facto late successor to the small intermediate Ford Contour which had been discontinued without a similarly sized replacement. The Contour served as similar smaller car compared to the Taurus , just as the Fusion is to the Five Hundred.

The Fusion is manufactured at Ford's Hermosillo Stamping & Assembly plant in Hermosillo, Mexico, where the similar Mercury Milan and Lincoln MKZ are also built. All three cars are based on the same platform and were launched simultaneously into the market (the MKZ as the Zephyr). Production on the first Fusions began on August 1, 2005. 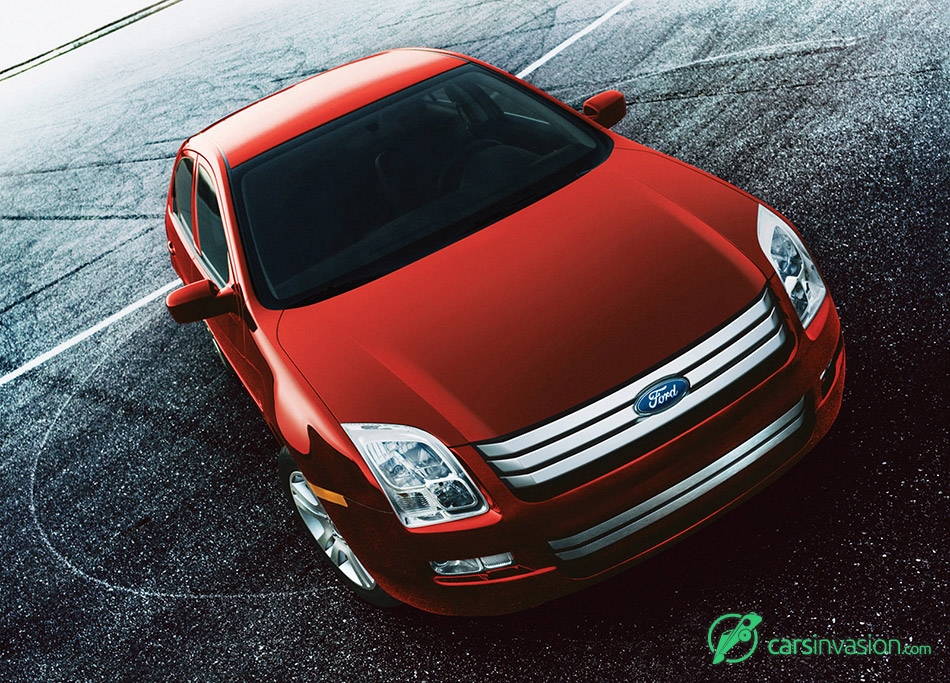 With its launch, the Fusion debuted Ford's new three-bar grille design, which is expected to become the company's trademark look for the rest of the decade. Production volume is projected at 160,000-200,000 per year.

Fusion's competitors are the Chevrolet Malibu (and possibly the larger Impala), Toyota Camry, Honda Accord, Nissan Altima, Mitsubishi Galant and Pontiac G6. Car and Driver notes that the car is actually similar in size to the first generation Ford Taurus rather than the Ford Tempo or Ford Contour which occupied the small midsize slot during those years, an example of car size inflation since the 1980s.

Changes to the CD3 platform from the Mazda6 include stretching it by 30 mm (1.2 in) in width and 55 mm (2.2 in) in length, strengthening it, and modifying the suspension for a more compliant ride. Like the Mazda, the Fusion uses the Mazda-designed 2.3 L Duratec 23 I4 and Ford-designed 3.0 L Duratec 30 V6. All wheel drive and the new Duratec 35 will be options for 2007.

The Fusion shares some interior parts with the otherwise unrelated European Mondeo, such as part of the console and the seats. Both automatic and manual transmissions are available (the latter only with the I4 engine).

The Fusion was originally to be called the Ford Futura, which was last a 2 door Fairmont but Ford lost a trademark lawsuit to the Pep Boys auto parts store, which has a line of tires under the Futura brand. American trademark law generally considers a name abandoned if the owner does not use it for three calendar years, and the long history of the name in the Ford line did not impress the court. Ironically, the Futura name is actually still used by Ford Australia, as a trim line for the Falcon. Pep Boys does not operate in Australia, thus there was no conflict of trademark in that country.

Another choice of name was "Falcon", but that would have caused much confusion with the long-running Australian Ford Falcon. Still, that didn't prevent Ford from duplicating the name of the European Fusion, a mini-MPV based on the Ford Fiesta, slotted between the Fiesta and the Focus. Another popular intermediate muscle car nameplate considered was reviving the name Torino, a peer of the now revived Dodge Charger.