Key interior differentiators are liquid silver smoke appliqués that are echoed in the silver smoke metallic leather seat inserts, aluminum pedals and class-exclusive paddle shifters, which activate the six-speed SelectShift Automatic transmission to give customers the option of a fun-to-shift manual experience.

In SelectShift mode, the transmission doesn't second-guess the driver, offering total control over gear selection and performance feel. Upshifts, for instance, are not commanded at redline, and downshifts are allowed at the lowest gear possible as defined by the engine speed.

When the system is in manual mode, engine speed matching provides faster and smoother downshifts, and customers get the gear they request within the limits of the rev limiter.

When a lower gear is selected while descending a long downhill grade, the 2011 Ford Edge Sport in SelectShift mode will hold that gear until the driver manually upshifts or returns to the fully automatic setting. To ensure safe shifting, the transmission will downshift to the lowest acceptable gear, based on a calculated maximum speed. That means if a vehicle were traveling at highway speeds, the driver could not downshift to first gear in SelectShift mode.

"The 2011 Ford Edge Sport, with its exceptional powertrain, specially tuned suspension and unique style, offers a driving experience not seen in other crossovers, and really appeals to the driving enthusiast," said Bannon. "Like the rest of the 2011 Ford Edge lineup, it perfectly blends technology and style." 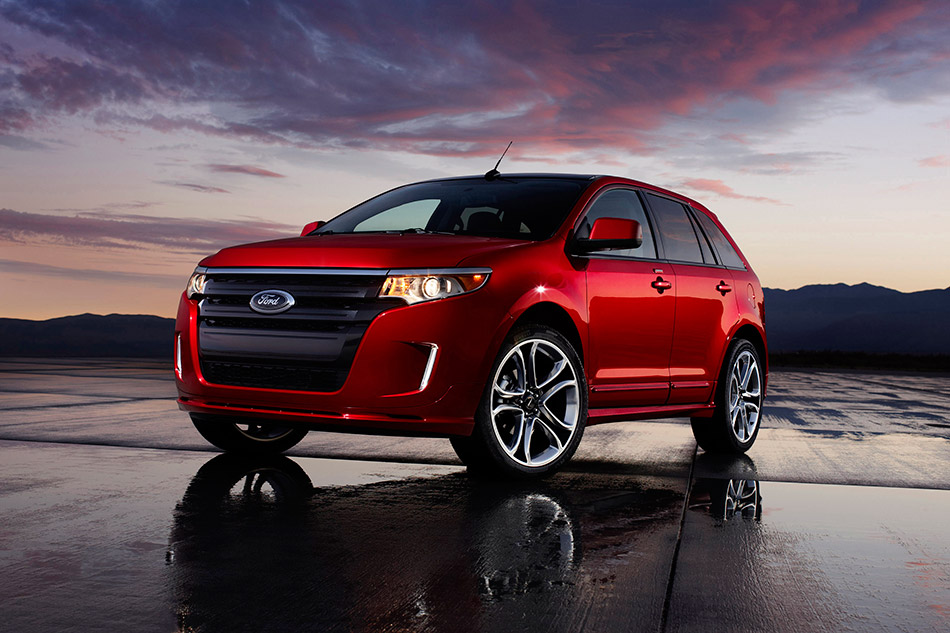 Improved power; expected to be a fuel economy leader

In addition, the arrival of the new 2.0-liter EcoBoost I-4 engine in the months ahead will give customers still more choice and will deliver class-leading fuel economy with impressive power and torque.

The new EcoBoost I-4 will be mated to a six-speed transmission that will help channel the impressive performance from the new EcoBoost engine. With the introduction of the 2.0-liter EcoBoost I-4, fuel economy on the new Ford Edge will be 30 percent better than it was in 2006. Plus, Ford's newest EcoBoost engine will deliver on the promise of 15 percent fuel economy improvements versus the Ford Edge's current 3.5-liter V-6 engine while offering the performance feel of a six-cylinder.

In all, the Ford Edge will go from one engine and one transmission to three powertrains - all delivering what's expected to be class-leading or unsurpassed fuel economy and class-leading power and torque for a real win-win for the customer.

Complementing the new tire and wheel lineup is a retuned suspension. Shocks, springs and stabilizer bars were adjusted to tighten handling. The shocks now feature a high-flow piston, which allows engineers to tune for both road loads and driving dynamics, without compromising ride for handling or vice versa. The result is a flatter response through turns and over hills while still providing a comfortable ride.

The original Ford Edge set numerous benchmarks in overall quietness, and that tradition continues as the 2011 Ford Edge has better wind noise than many premium vehicles such as the Lexus RX350, Audi Q5 and Acura MDX. Both the front and rear subframe mounts have been upgraded, adding to the increased tunability of the suspension and improving NVH (noise, vibration, harshness). The larger rear subframe bushing's rubber volume was increased by more than 500 percent compared with the outgoing bushings, improving the isolation between the subframe and the body, which in turn helps decrease road noise.

Both road noise and wind noise are significantly decreased in the 2011 Ford Edge because of improvements found throughout the interior and exterior, including powertrain. Here's a look at some of the other actions:

The bolder, more seamlessly flowing exterior design freshening is mirrored by a complementary interior, characterized by increased craftsmanship, improved materials and overall better execution. Improved fit-and-finish, softer touchpoints, and flexibility in terms of stowage in the cabin and throughout mark the 2011 Ford Edge.

"To me, craftsmanship isn't just fit-and-finish," said Bannon. "It's also the layout and the ergonomic experience. It's where we put the material - the stitching, the cutlines - and all the attention to detail to give the customer a great experience."

Increased presence is announced through a bolder grille and a chin spoiler that appears more crafted. The A-pillar flows into the hood, which adds subtle undulations to create a heightened sculptural quality. The wrapping lines emphasize both the front end and the new wheel lineup. 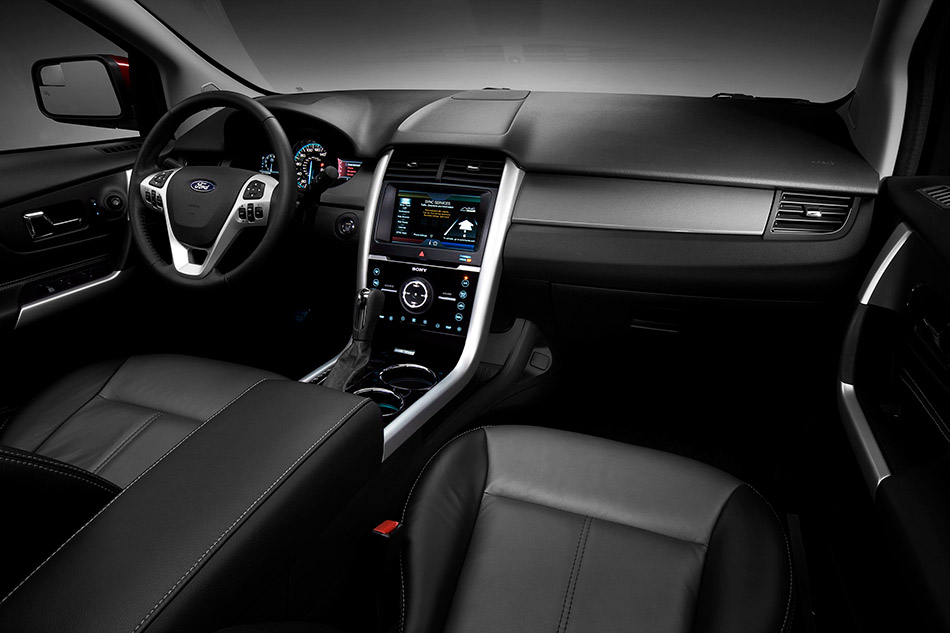 Standard on the 2011 Ford Edge Limited and 2011 Ford Edge Sport, the MyFord Touch system displays information using two 4.2-inch full-color LCD screens flanking an analog speedometer and an 8-inch touch-screen LCD at the top of the center stack. A five-way switch on each side of the steering wheel crossbar controls the information displayed on the corresponding instrument panel screens. The screens can be personalized to display information relevant to each individual driver using a simple button click, voice command or touch-screen tap.

The steering wheel has all the necessary functions available in a very compact area, right where the driver's hand falls as he or she grabs the wheel. The five-way buttons feel familiar to anyone who has used a mobile phone or MP3 player.

Also new on the 2011 Ford Edge is the world's first use of iTunes® Tagging in an available factory-installed HD Radio™ receiver. iTunes Tagging provides customers with the ability to "capture" a song they hear on the HD Radio receiver for later purchase from iTunes. With a simple push of a "TAG" button on the MyFord touch-screen display, the song information will be stored in the radio's memory.

Once a song is tagged and customers dock their iPod to the SYNC system, the tagged song information will transfer to that iPod. Up to 100 tags on SYNC can be stored until the iPod is connected. When the iPod is then synced to iTunes, a playlist of tagged songs will appear. Customers then can preview, and if they desire, purchase and download tagged songs from the iTunes Store.

One significant benefit of HD Radio technology is that the sound quality of the broadcast is dramatically better because of the digital transmission - FM sounds like a CD and AM sounds like today's FM broadcasts. Unlike analog broadcasts, digital broadcasts aren't susceptible to interference, fadeout and other issues.

Here's a closer look at some of the technologies:

"You can jump in the 2011 Ford Edge and bring your technology - your lifestyle - with you and have everything at your fingertips," said Bannon. "The 2011 Ford Edge gives you all the capability and flexibility you want along with great style."

The 2011 Ford Edge will be built at Oakville Assembly Complex in Ontario, Canada, and will be available in dealers from the summer of 2010.