Ford debuted the European production version of the all-new EcoSport at the 2013 Geneva Motor Show, adding to its growing SUV line-up in Europe as part of the company's product-led transformation.

Built on Ford's global B-segment platform, the compact EcoSport will deliver the agility and fuel efficiency of a small family car with the flexibility, spaciousness, high driving position, and go anywhere appeal of an SUV.

Ford EcoSport joins the recently-launched Ford Kuga, as Ford builds on its SUV heritage with plans to sell one million SUVs in Europe over the next six years. Ford also plans to bring to Europe the next generation Ford Edge, a larger and more premium utility vehicle popular in the U.S. and other markets. 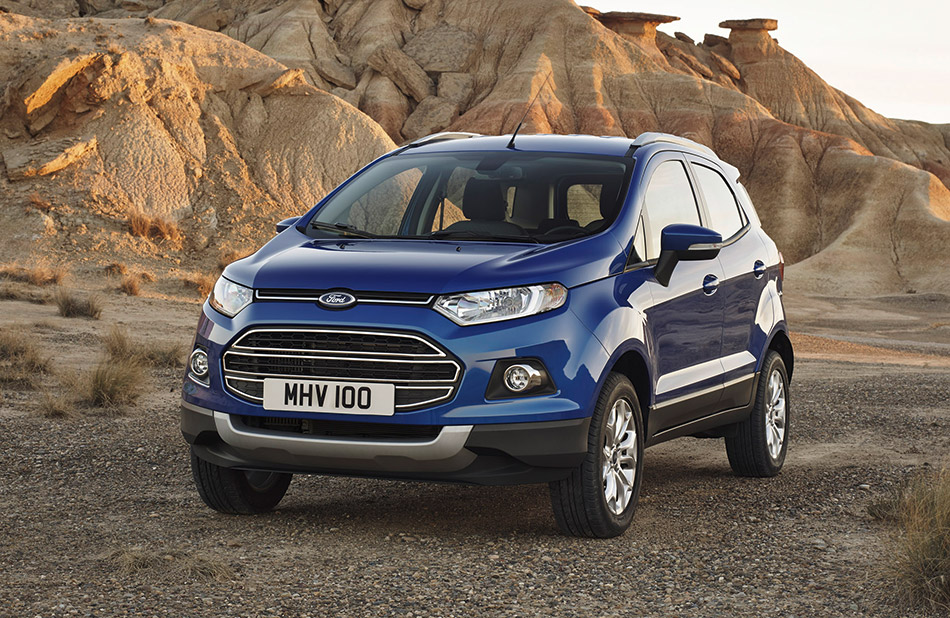 The all-new Ford EcoSport will offer a range of efficient powertrains, including the 125 PS 1.0-litre EcoBoost petrol engine - International Engine of the Year - a 110 PS 1.5-litre petrol engine, and a 90 PS 1.5-litre diesel engine expected to deliver class-leading fuel efficiency.

EcoSport is the first Ford global model to be developed entirely in South America. Originally introduced in 2003, the groundbreaking first model established a new segment and has gone on to sell more than 700,000 units in the region. The new model was launched in Brazil in September 2012 and is expected to help drive further growth for Ford in both India and China after being introduced in those markets in 2013.

EcoSport will also be equipped with SYNC, Ford's voice-activated in-car connectivity system. As a first in Europe, the Ford SYNC AppLink system will offer drivers voice control of mobile apps on the move, including the leading music streaming service Spotify. Also, Ford SYNC with Emergency Assistance will directly connect the vehicle occupants to local emergency services operators after an accident, in the correct language for the region.