"The Ford Everest Concept shows the bold new direction that we envision for a mid-size, seven-seat SUV that has been designed for ASEAN and global markets," said Matt Bradley, president, Ford ASEAN.

"Extending Ford's unsurpassed heritage of creating class-defining SUVs, the Everest Concept features a stunning design that hints at its toughness and exceptional capability. And, like the current Everest, the production version of this next-generation SUV will be built right here in Thailand." 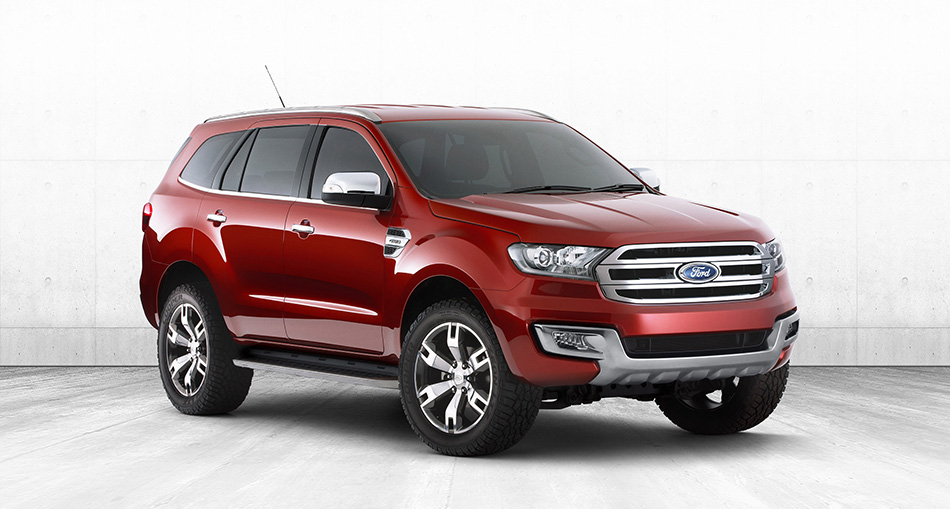 The Ford Everest Concept builds on Ford's SUV expertise and is aimed squarely at the global utility market, which grew 13 percent in 2013. Thanks to its global strengths and growing lineup of products, Ford outpaced this rapidly growing segment in 2013, selling 1.2 million utility vehicles, up 35 percent from a year earlier.

A vehicle like the Ford Everest Concept will strengthen Ford's utility offering in the fast-growing ASEAN region, and comes after the introduction in the region of the all-new Ford EcoSport, a class-defining urban SUV.

Unshakable toughness and premium comfort sets the Everest Concept as the new benchmark for what it means to be a truly progressive SUV.

Featuring a powerful, yet refined, design that is unmistakably Ford, the Ford Everest Concept is a strong precursor to a vehicle that will meet the needs of customers in ASEAN markets looking for a highly capable vehicle that is equally at home up-country or in the city, combining world-class toughness with premium refinement.

The Ford Everest Concept is built upon key Ford design cues, combining sleekness and refinement with bold and rugged technical details. Headlamps connected to a prominent inverted trapezoid grille set high on the front allowed designers to maximize the headlamps' dimensions, communicating better functionality while emphasizing the grille and the SUV's width. The result is a strong and powerful presence for the entire front end, one which is unmistakably a Ford.

Moving back from the upright grille, the headlamps are swept back for a modern and aerodynamic look. The vehicle's profile is sculpted, with sleek and tailored body sides that give the Ford Everest Concept a modern and sophisticated air.

At the back of the vehicle, designers placed prominent, chiseled taillamps over a negative scallop, making for a sculptural and robust rear that contrasts with the square, flat liftgates on traditional SUVs. Combined with high ground clearance that indicates the vehicle's off-road potential, the distinctive design of the Ford Everest Concept reflects the SUV's fun-to-drive Ford DNA.

Amplifying and reflecting the vehicle's tough physique and impressive capabilities, the Ford Everest Concept is painted in a show-stopping red with a flash of orange, called "Sunset Flare". Bold and powerful, it has a warmth that expresses the vehicle's premium qualities.

"The Everest Concept represents our vision of a global Ford vehicle with regional heritage that will allow customers to take on the world," said Bradley. "It shows how we continue to implement an ongoing product-led transformation and futher expand our showrooms across the ASEAN region."