GMC today announced pricing for the Terrain Denali, a luxury small SUV that goes on sale in the third quarter of this year. With the longest list of advanced safety features ever for a GMC, a fuel-efficient 2.4L I-4 and front-wheel drive, the Terrain Denali will cost $35,350, including an $825 destination charge.

Optional all-wheel drive raises the base price to $37,100, while a V-6 can be paired with either drivetrain for an additional $1,500. New for 2013, Terrain's 3.6L V-6 uses direct injection and continuously variable valve timing to produce a class-leading 301 horsepower, as well as improved torque for stronger passing and towing performance. The cost of the V-6 also includes an upgrade from 18- to 19-inch chrome-clad wheels. 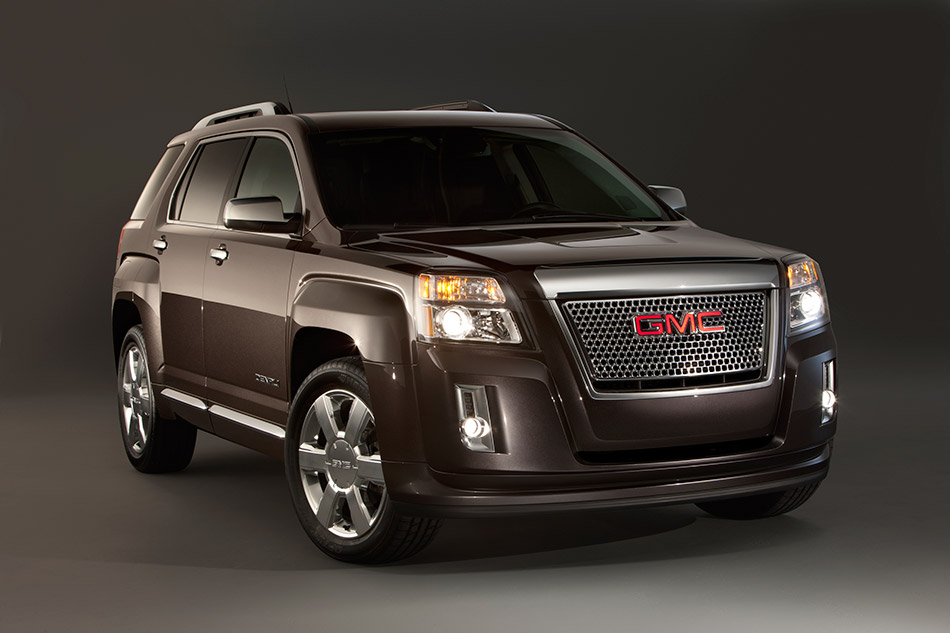 Forward collision alert and lane departure warning use the industry's first single-camera crash- avoidance system to visually and audibly warn drivers when a collision is imminent or the vehicle crosses a lane marker without a turn signal engaged.

Side blind zone and rear cross traffic alert help avoid collisions by using radar to watch spots the driver may not be able to see – and provide visible and audible warnings. When another vehicle is in the Terrain's blind zone, a yellow icon is illuminated on either side view mirror. Rear cross traffic alert displays warnings on the in-cabin connectivity screen, which also displays footage from Terrain's standard rear view camera.

Along with unique exterior and interior styling, the Denali model's standard features include luxuries not offered on any other Terrain model, including an eight-way power front passenger seat and the added comfort of dual-flow dampers for the front suspension.

With so many standard features, Terrain Denali's options list is short. A trailering package, the aforementioned 3.6L V-6, Color Touch Navigation, and organization accessories like a rear cargo cover, a cargo convenience net and luggage crossbars are available at additional cost.