The Gordon Murray Teewave AR.1 had an internal GMD code number of 'T.32' and the car is the result of a commission from Toray for Gordon Murray Design to design, tool and build a fully functioning prototype vehicle which utilises many of Toray's advanced automotive materials in order to achieve Toray's basic concept of an attractive vehicle for everyone.

The entire programme from concept discussions to running vehicle took just 9 months and was delivered on target, both in terms of cost and final handover. The power train in the vehicle are the base components used in one of the commercial electric vehicles currently available, but the unique electrical architecture and control units were developed by Gordon Murray Design. 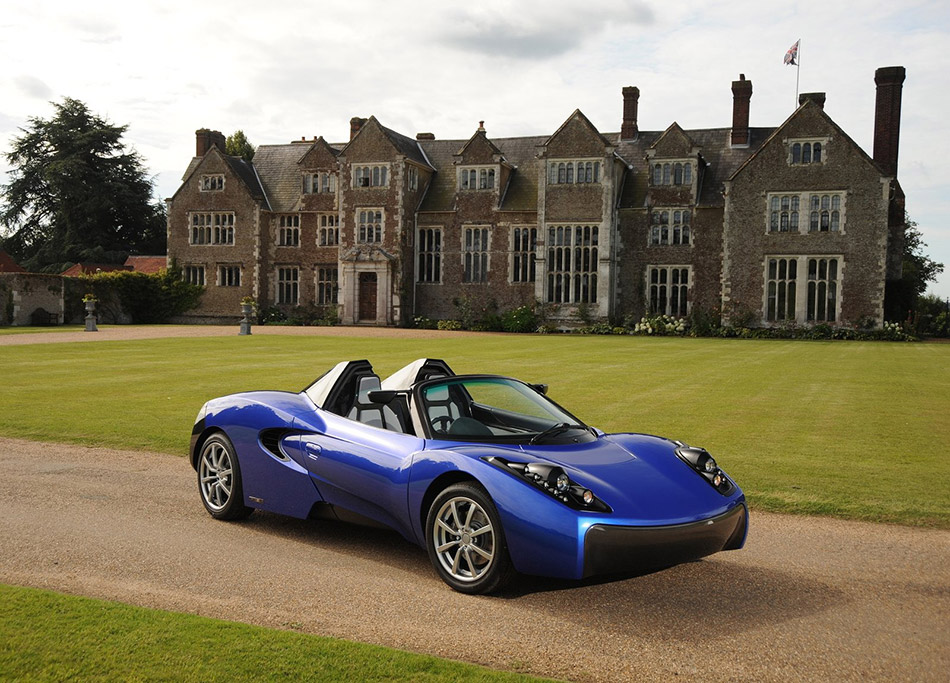 A carbon front crash structure was designed and developed for the car. A Full vehicle Euro Ncap O.D.B test was simulated in addition to a rigid barrier dynamic impact. A correlation process was conducted on the front crash structure for both half energy and full energy using physical tests. Quasi -static bend and torsion analysis was also conducted.

The AR.1 has a remarkably low weight of just 850kg (including the 240kg battery) putting the car firmly in Lotus Elise territory and some 400kg lighter than a Tesla. The ultimate performance is limited by an output figure of 47 kW but a torque of 180 Nm available from a standing start results in lively acceleration.

A great deal of attention has been given to the low weight, low centre of gravity and suspension geometry which has resulted in an excellent ride and handling balance.

The main architecture design team was led by Barry Lett and the engineering, composites and analysis team were led by Frank Coppuck, while the electrical system and power train design was by Dr Ralph Clague.

At all stages during design and development Gordon Murray Design and Toray worked very closely on the design, use of materials and Toray's automotive applications.