Updated for 2009 with a total of 50 significant changes and new features, the Honda Ridgeline takes on a bolder look and feel with new exterior and interior styling along with a more powerful engine. A trailer hitch becomes standard on every model, and newly-introduced premium features include Bluetooth® HandsFreeLink® and a rearview backup camera on Honda Ridgeline RTL models equipped with the available Honda Satellite-Linked Navigation System. The Honda Ridgeline continues to be the only pickup truck available with a spacious In-Bed Trunk™ that provides hidden, dry and secure storage capable of swallowing luggage, tool boxes and coolers. 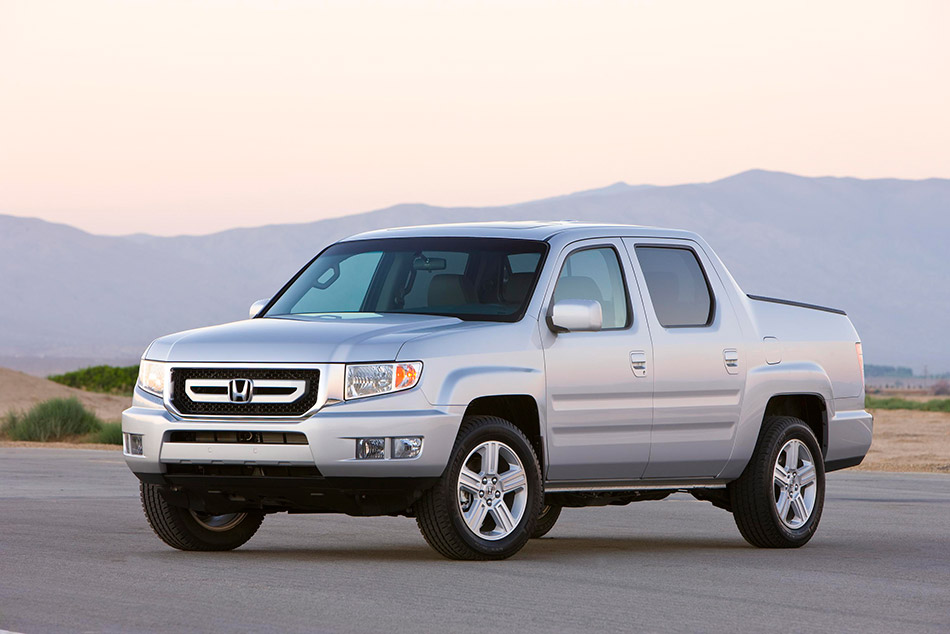 The four-door, five-passenger Honda Ridgeline is built on a closed-box, unit-body frame that combines the strength characteristics of a ladder frame with the packaging and handling advantages of a unit-body design. All 2009 Honda Ridgeline are powered by a 250-horsepower, 3.5-liter VTEC V-6 engine. A 5-speed electronically-controlled automatic transmission and a Variable Torque Management® 4-wheel drive system (VTM-4®) are standard. The EPA rates city/highway/combined fuel economy at 15/20/17. A fully-independent suspension with MacPherson struts in the front and a multi-link suspension design in the rear contribute to a smooth ride and responsive handling. Standard equipment for towing includes an integrated tow hitch, transmission and oil coolers, heavy duty brakes, dual radiator fans and a wiring harness for a 7-pin trailer hook up (pre-wiring only on RT). Maximum recommended tow capacity is 5,000 pounds.

A 5-foot-long composite cargo bed provides a half-ton payload rating of 1,100 lbs. Four cargo area lights illuminate both the bed and the in-bed trunk. A dual-action tailgate opens down for traditional access to the cargo area or to the side for ease-of-access to the lockable In-Bed Trunk. New accessories for 2009 include a motorcycle bed extender and a bed-mount bicycle attachment, in addition to a wide variety of existing accessories that are designed to accommodate motorcycles and ATVs.

The all-aluminum, 60-degree, SOHC 3.5-liter VTEC engine produces 250-horsepower at 5700 rpm and 247 lb-ft. of torque at 4300 rpm. The Ridgeline's variable valve timing enhances low rpm torque while extending high rpm horsepower for a broad, confidence-inspiring power band. For 2009, the engine produces three more horsepower and a torque curve that is up to 10 lb-ft. broader at RPMs as low as 2500 - while maintaining the same EPA-rated fuel economy as 2008 and its CARB Ultra-Low Emissions Vehicle certification.

The majority of the additional power is achieved through a new camshaft profile tuned for maximum torque, larger intake valves and a revised dual-stage intake manifold capable of a higher flow rate (now made from ultra-lightweight magnesium instead of aluminum).

Upgrades have also been made to the starter motor, now more powerful and quick-starting. Cranking time has been reduced to the point where full engine ignition occurs in ultra-quick succession from the point where the key reaches the start position.

The fully-automatic VTM-4 system provides confident, decision-free operation in rain, snow, ice, sand and mud, while also improving on-road and towing performance by distributing torque to all four wheels as needed. The system operates predominately in front-wheel-drive during dry-pavement cruising conditions and continuously proportions torque to the rear wheels during acceleration and low traction situations.

The Vehicle Stability Assist (VSA) system, commonly referred to as electronic stability control, can apply braking force to a wheel with low traction and direct driving force to the wheel with more traction. For the rear differential, a "VTM-4" lock button located on the instrument panel allows the driver to temporarily hold engagement of both rear wheels to aid traction while in gears "1" and "2" at speeds of up to 18 mph.

By choosing a unit body frame with an integrated and fully boxed ladder structure as the base for the Honda Ridgeline, the interior can have more space and the body can be more rigid while containing multiple load paths for enhanced collision energy management. The elimination of traditional body-on-frame construction allows for another feature no other truck product can claim - a spacious In-Bed Trunk with 8.5 cubic feet of secure storage.

Honda's approach to exterior styling on the Honda Ridgeline incorporates a machined billet architecture styling approach for a solid, strong one-piece appearance. No separation between the bed and the cab exists. Designed to appear modern and athletic, the Honda Ridgeline incorporates short front and rear overhangs with integrated bumpers, a large and dominating grille connected to a long and expansive hood, large door handles, and large truck-style side mirrors for good rear vision while towing. The windshield wipers have a heated wiper zone that enhance wiper performance and minimize ice scraping in cold, winter driving conditions.

The cargo area measures 49.5 inches wide between the wheel wells, 20.7 inches deep and 60.0 inches long (79.0 inches with the load-supporting tailgate in the down position). The tailgate is rated to support up to 300 pounds (while the vehicle is moving) and can easily close with contaminates like sand, snow or mud in the space between the bumper and the tailgate.

The 60/40 lift-up rear seats feature a storage area underneath large enough to accommodate a golf bag. Plus, the rear seating area can be quickly converted for cargo duty by lifting the seats up to create enough room for a full-size mountain bike with the front tire removed. Family-friendly, the rear seat incorporates three LATCH positions.

The Honda Satellite-Linked Navigation System® with Voice Recognition and Zagat Survey™ restaurant information is available on RTL models and includes XM Satellite Radio®. An off-road tracking function remembers where the vehicle has traveled within unmapped regions. 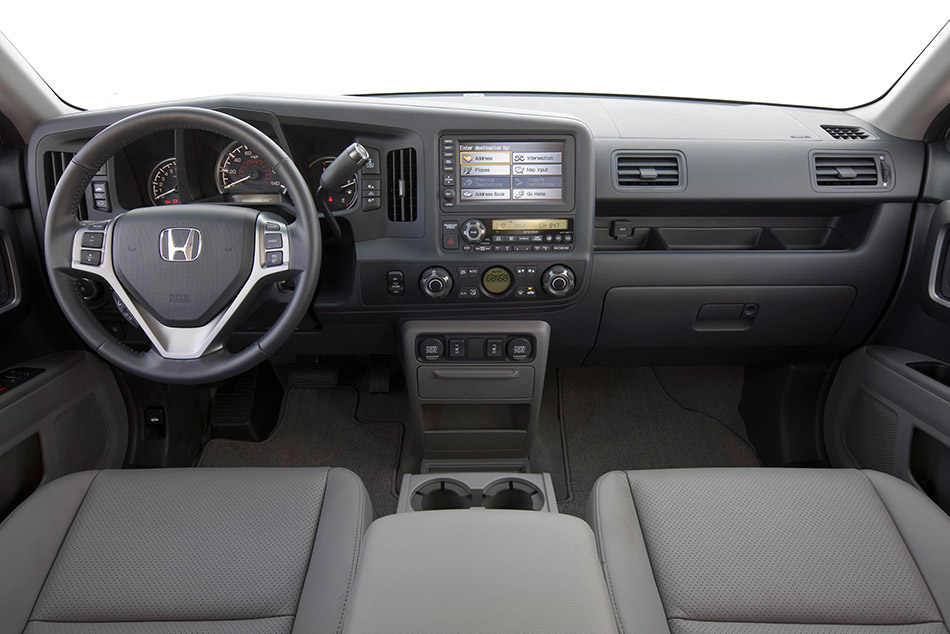