The Civic Tourer will be available with the choice of two engines; the new 1.6 i-DTEC engine from the Earth Dreams Technology series and the 1.8 i-VTEC engine in manual or automatic transmission. The introduction of a brand new Adaptive Damper System (ADS) will help to enhance stability and comfort under varying load and driving conditions.

Developed and designed in Europe, allowing Honda's European R&D team to lead the creative and technical design process, the new Civic Tourer will be launched in Europe in early 2014. It will be built at Honda's UK manufacturing facility in Swindon alongside the hatchback variant and the CR-V and Jazz. 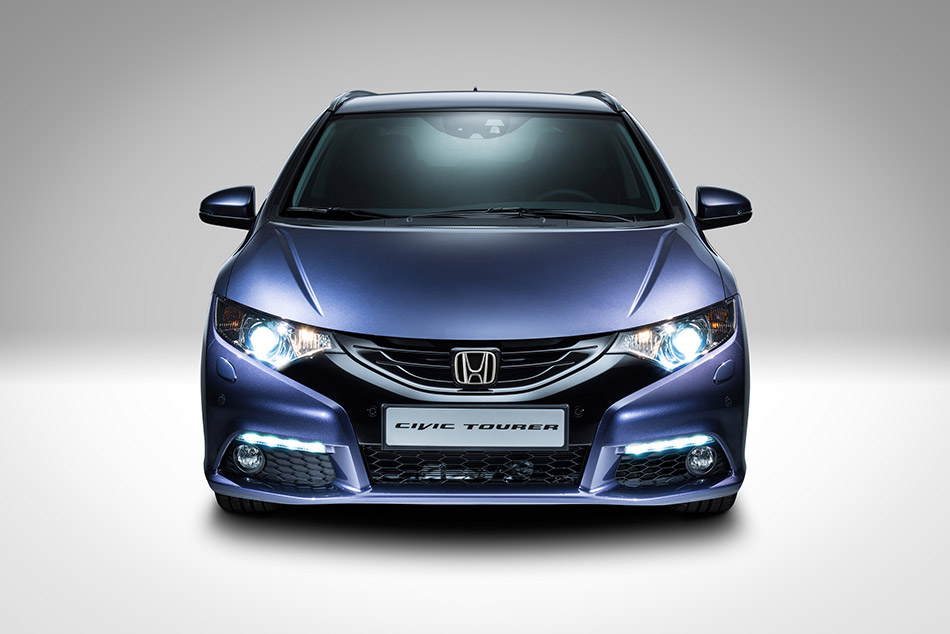 Functionality & Form: No compromise on design or space

"I am very proud of the Civic Tourer's sporty, sleek and dynamic proportions, which somewhat hide the car's true functionality and versatility. To achieve true utility on a compact car, you have to consider how to make the most of the space in the cabin, which generally also affects the design. Due to the clever platform of the Civic, we had freedom to optimise the package. The end result is a car that has almost a sports-car silhouette. For me, the strength of the car is the synergy of functionality, versatility, and dynamic expression." Adrian Killham, Large Project Leader, Civic Tourer.

The exterior design of the Civic Tourer is sleek and sporty, its distinctive style is defined by a bold line that runs continuously from the front A-pillar to the D-pillar creating the impression of a floating roof line.

The glass of the rear quarter window has been extended to cover the body work of the D-pillar and the rear door sash has been raised by 17mm compared to the Civic hatchback to create this bold styling line.

"At first glance it is clear that the Civic Tourer does not look like other Wagons. Recently-launched cars have tended to follow a similar style. The Civic Tourer has a different balance and appeal." Adrian Killham, Large Project Leader, Civic Tourer.

Behind this sleek and sporty design is a hidden versatility that offers clever functionality and unrivalled practicality.

This new model offers class leading boot space across both the C and D segments1. The cargo area will accommodate two full-size mountain bikes or three large-sized Samsonite cases with the tonneau cover pulled over.

There is also a very handy hidden compartment perfect for storing the tonneau cover when it is not needed.

Furthermore, there is additional under floor storage in the boot which makes carrying tall objects in the boot easy, plus the height of the loading lip has been reduced by 137mm* compared to the Civic hatchback to facilitate effortless loading.

Honda's unique Magic Seats deliver further practicality and space within the Civic Tourer, enabling a range of seating configurations for maximum versatility.The rear seats fold down in one easy movement, and the interior trunk floor of the Civic Tourer has been raised compared to the hatchback to create a completely flat area when the seats are folded down. 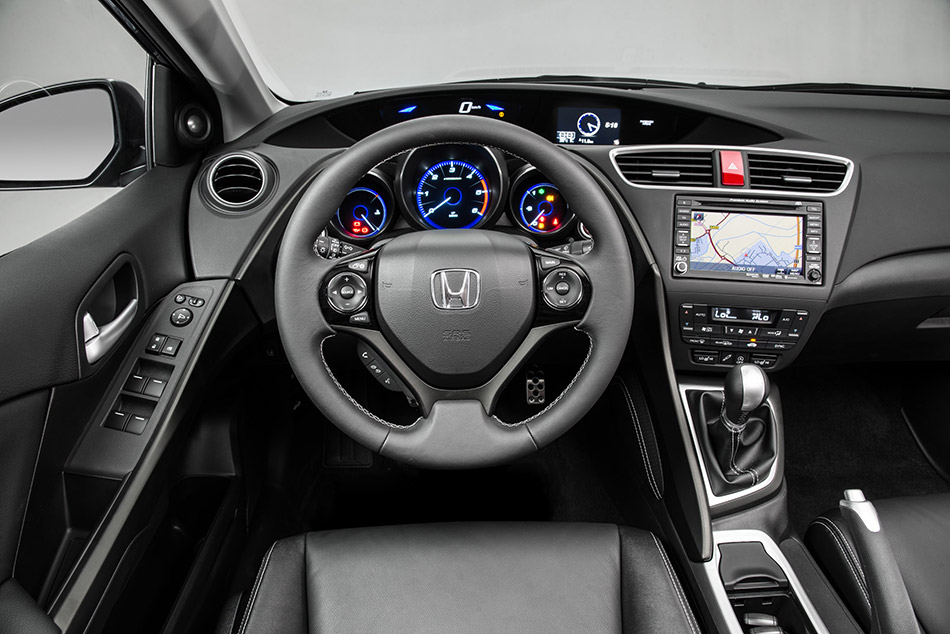 The rear seat cushions can also be flipped up to reveal ample floor space for carrying tall objects. A 60:40 split in the seat base offers even more options for carrying both people and cargo and provides an alternative load area if access via the tailgate is limited.

The Civic Tourer will be available with the1.6 i-DTEC engine from the Earth Dreams Technology series or the 1.8 i-VTEC engine in manual or automatic transmission.

The 1.6 i-DTEC diesel engine was first applied to the Civic hatchback and subsequently to the new CR-V. The engine is the first of Honda's Earth Dreams Technology series to be introduced in Europe.

The philosophy behind Earth Dreams Technology is to deliver an impressive balance between fuel economy and driving performance and this is certainly the case in the Civic Tourer.

The 1.6 i-DTEC engine is comprised of an aluminium cylinder head joined to an open deck aluminium block and is the lightest diesel engine in its class. The mechanical friction has been reduced to the level equivalent of a petrol engine. All the rotating parts have been carefully optimised to reduce their friction, helping to provide excellent fuel economy whilst making sure the new Civic Tourer is engaging to drive.

The 1.6 i-DTEC engine was designed specifically for the European market and is built at Honda's UK Manufacturing plant.

The Civic Tourer also features an innovative Adaptive Damper System. This is the first time that a rear adaptive damper system has been introduced on a production car and it features three settings - comfort, normal and dynamic - all of which have been developed to enhance stability and comfort under varying load and driving conditions. This allows the Civic Tourer to remain comfortable during motorway cruising, yet firm and agile when high-performance handling is required.

As with all Honda cars, safety was at the forefront of the development team's mind when designing the Civic Tourer, particularly the integration of advanced active safety systems. The Civic Tourer will deliver a high standard of safety for the driver, passengers, pedestrians and other road users in line with Honda's philosophy of ‘Safety for Everyone'.