The ground-breaking NSX supercar, powered by an innovative three-motor Sport Hybrid Super Handling All-Wheel Drive (SH-AWD) system, and set for launch in 2015, will take centre stage at this year's Goodwood Festival of Speed (27-29 June) when it takes on the world's most famous hillclimb in front of a capacity crowd. The Festival will provide visitors with a rare opportunity to see and hear the all-new version of a supercar whose forebears gained iconic status around the world.

The NSX has a long-standing relationship with the Festival of Speed. In 1993, at the time of the first Festival, a fleet of 10 NSX were showcased at Goodwood. Launched in 1990, the original NSX was already known as a ground-breaking exotic car, delivering super performance and handling, without compromise in usability and ergonomics. Driven by UK journalists, the 10 NSX made a thrilling impression on visitors to the first Festival of Speed. More than two decades have passed and the new NSX is making its return to Goodwood. It will again open the door for a new era of the Super Sports model and Honda sees the Festival as the perfect event to demonstrate its flagship supercar for the first time in Europe. 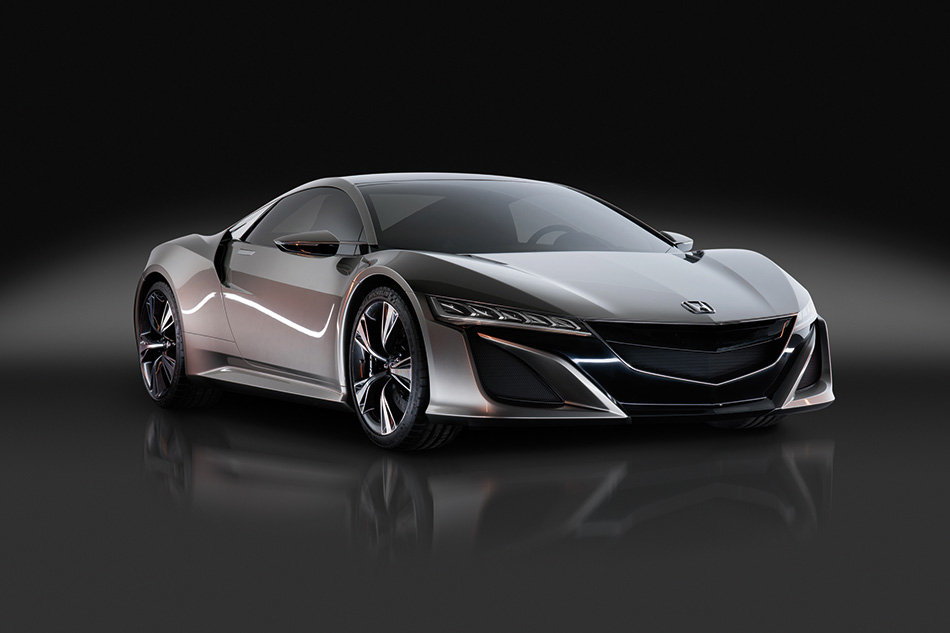 The new prototype will be joined on the famous hillclimb by a 1989 3.0-litre NSX, once driven by Ayrton Senna himself, and a 2005 3.2-litre, illustrating the original model's rich history and development.

Honda's stunning all-new NSX will rewrite the rulebook for high performance cars when it enters production next year with an innovative new three-motor hybrid powertrain, exotic looks and breathtaking performance.

The car will be powered by a mid-mounted, direct-injected next-generation longitudinally placed twin-turbo V6 engine mated to Honda's Sport Hybrid SH-AWD® (Super Handling All-Wheel Drive) system. Sport Hybrid SH-AWD® is an all-new, three-motor high-performance hybrid system that combines torque vectoring all-wheel drive with advanced hybrid efficiency through the use of three electric motors – one motor integrated with the V6 engine and its all-new dual-clutch transmission (DCT) driving the rear wheels, and two motors driving the front wheels. The system enables instant delivery of negative or positive torque to the front wheels during cornering to achieve a new level of driving performance unparalleled by current AWD systems.

For anyone who loves the sight, the sound and the smell of racing and supercars, Goodwood's three-day Festival is one of the greatest shows and the perfect platform for Honda to put the NSX prototype through its paces.