Ford Motor Company redefines the modern American family journey with the introduction of the 2009 Ford Flex, a full-size crossover that sets a new standard for style, features, functionality and comfort in the U.S. industry's hottest segment.

"The new Ford Flex crossover is a game-changer. It's the first vehicle of its kind that combines seating for seven, interior spaciousness and surprising features with a striking design that looks great on the road and at home for today's modern American families," said Mark Fields, Ford's president of The Americas, as he revealed the new vehicle at the 2007 New York International Auto Show. "The Flex builds on Ford's leadership in crossover vehicles, which is the fastest-growing part of the auto market today."

On sale in the summer of 2008, the Ford Flex is arriving as crossovers continue to outpace even the remarkable growth of SUVs during the 1990s and minivans of the 1980s.

Last year, crossovers surpassed traditional SUV sales for the first time, and they are trending toward annual crossover sales of 3 million units by the end of the decade. Such growth likely will make crossovers the first or second largest vehicle segment in the U.S.

"Flex is another example of Ford creating more of the products that our customers really want," Fields said. "Ford intends to define crossover vehicles this decade just as we did SUVs in the 1990s."

The Ford Flex joins the Edge and Taurus X in Ford's expanding crossover lineup. Ford's success with crossover utility vehicles is substantial. In March alone, the company's U.S. crossover sales were up more than 40 percent over last year - led by the success of the new Edge. 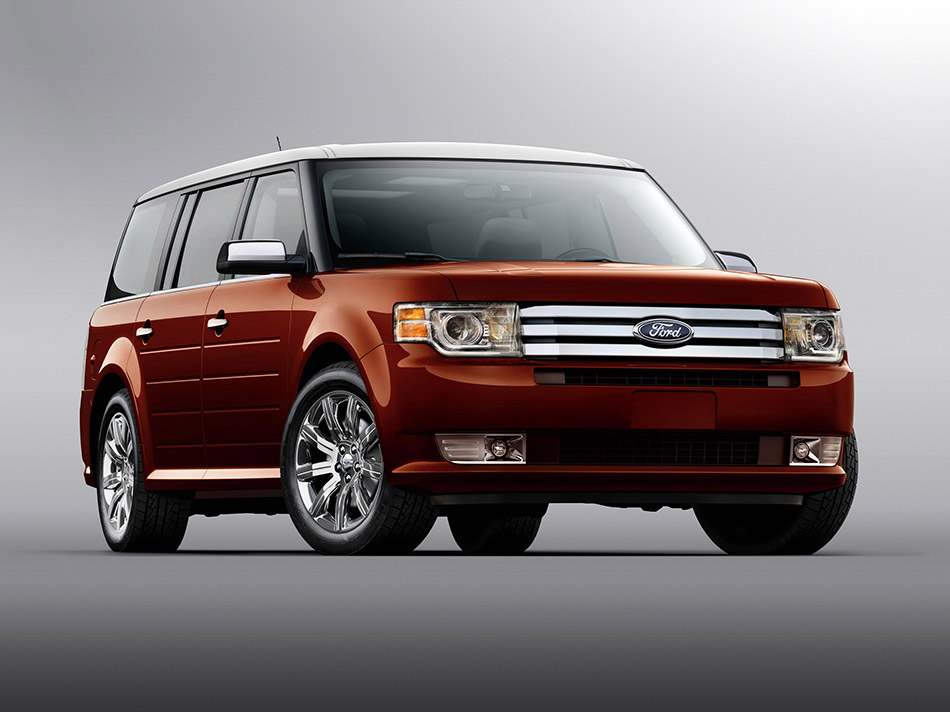 "This crossover has been created for people who know it's the journey - not the destination - that matters most," Mays added. "Its upright, upscale design, versatility and clever touches allow Ford Flex to stand out in an increasingly crowded sea of crossovers."

The Ford Flex brings to production the Ford Fairlane concept vehicle that turned heads at the 2005 North American International Auto Show in Detroit.

"Flex is following in the tire tracks, so to speak, of Ford vehicles like the Taurus, Explorer and Mustang. It's the next iconic Ford," said Peter Horbury, Ford's executive director of Design for The Americas. "It shatters today's image of people movers."

Inside, Ford Flex delivers textures, features and functionality - including segment exclusives - that create an ideal atmosphere for discerning customers and their families.

"More than 90 percent of crossover customers make their vehicle purchases based in part on the overall quality of interiors," said Kate Pearce, Flex marketing manager. "When they see the Flex's exterior, they'll be intrigued. When they see its interior, they'll fall in love."

Details include tweed-like fabric for the base-level Ford Flex SE's seats, with inserts in a miniature houndstooth. Meanwhile, the Flex SEL features a soft insert with a more pronounced grain on the seat bolsters, while the Flex Limited features unique diamond-pattern perforations on the leather seat inserts. Contrast stitching also is available on leather seats and the center console.

Ford Flex is set apart from other vehicles thanks to a long list of surprising features. They include: 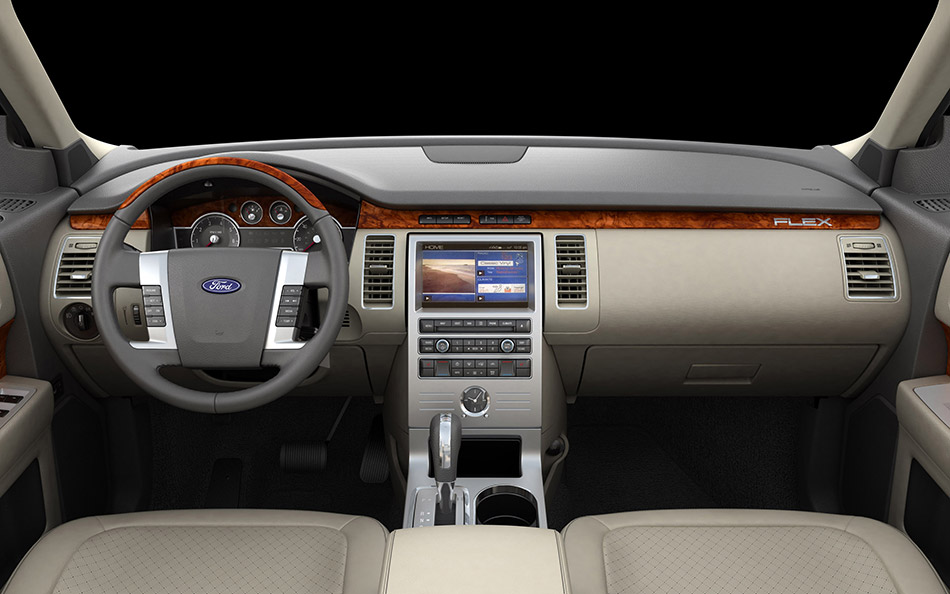 The Ford Flex's chassis was designed to be capable, including more than 4,000 pounds of towing capacity, while still delivering the quiet, confident ride that crossover customers demand.

"A quiet ride is no longer a luxury," said Gary Boes, Flex chief engineer. "It's something that customers have come to expect from their vehicles and equate with quality. Flex has been engineered from the onset with reduced noise, vibration and harshness in mind."

Engineering advancements include a new independent rear suspension system (IRS) with unique geometry that allows for better tuning to deliver a broad range of capabilities without compromising the interior package. Interior noise was minimized by using sound-deadening materials in the dash panel, headliner and under the carpeting.

Ford Flex is powered by Ford's award-winning 3.5-liter V-6 engine and is mated to a fuel-efficient 6-speed transmission. The powertrain is expected to deliver more than 260 horsepower, 245 lb.-ft. of torque and good fuel economy.

Ford Flex's available intelligent all-wheel-drive system is tuned to provide confident driving in all weather conditions. Intelligent AWD uses an active, on-demand electronic center coupler to allocate a precise amount of torque from front to rear - up to 100 percent to either axle. The system also can anticipate wheel slip before it happens.

Ford Flex comes equipped with features that reflect Ford's commitment to keeping customers and their families safe and secure. The new crossover's body structure has been optimized with side intrusion beams in the doors, strategic use of high-strength boron steel and specially designed, energy-absorbing interior door trims.