Dark chrome is the new black for the Infiniti QX70S Design which had its premiere at the Paris Motor Show last year and is now available in the UK.

Adding a definite bad-boy spirit to the elegant sportiness of the QX70, the new S Design builds on the provocative, design-led ethos of the standard QX70 – the original full-size luxury crossover to embody the athletic dynamism of a sports car.

The antidote to SUV boxiness and blandness, the QX70 in new S Design form features everything that has made the QX70 such a global hit – including its long-bonnet proportions, flowing lines and powerful stance – but with a designer twist for a bespoke new look. 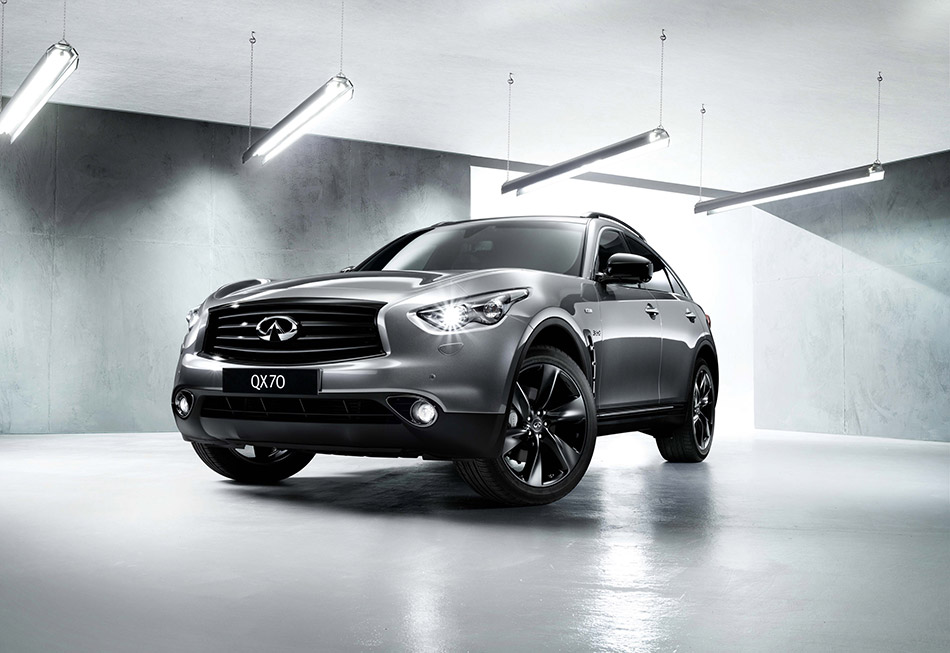 Dark chrome is the key to unlocking the QX70's dark side. It is used for the grille, fog light surrounds, side air scoops, side sills and rear number plate surround, endowing the shapely body with a technical finish that perfectly complements the car's seductive character. The headlights have a new smoked finish while wheels are 21-inch six-spoke alloys finished in black, to match the black roof rails and black mirrors.

In S Design form the Infiniti QX70 is more head-turning than ever, making a striking and very singular SUV statement.

The S Design theme continues in the cabin with black lacquer finish on the centre console and purple stitching for seats, steering, wheel, armrest and door trims. With the lavish equipment of the S-Premium model included as standard in every S Design version, the cabin's luxury character is enhanced while retaining all the driver focus and intuitive control for which the Infiniti QX70 is known.

Power, response and agility characterize how the QX70S Design is to drive, its athletic bearing extending to a real athlete's ability on the most demanding of roads. Powerful V6 engines, in either petrol or diesel forms, advanced chassis, balanced handling, and precise steering and gear control – the latter via Infiniti's much imitated but never bettered magnesium paddle shifters on the steering column – guarantee every drive is a rewarding drive.