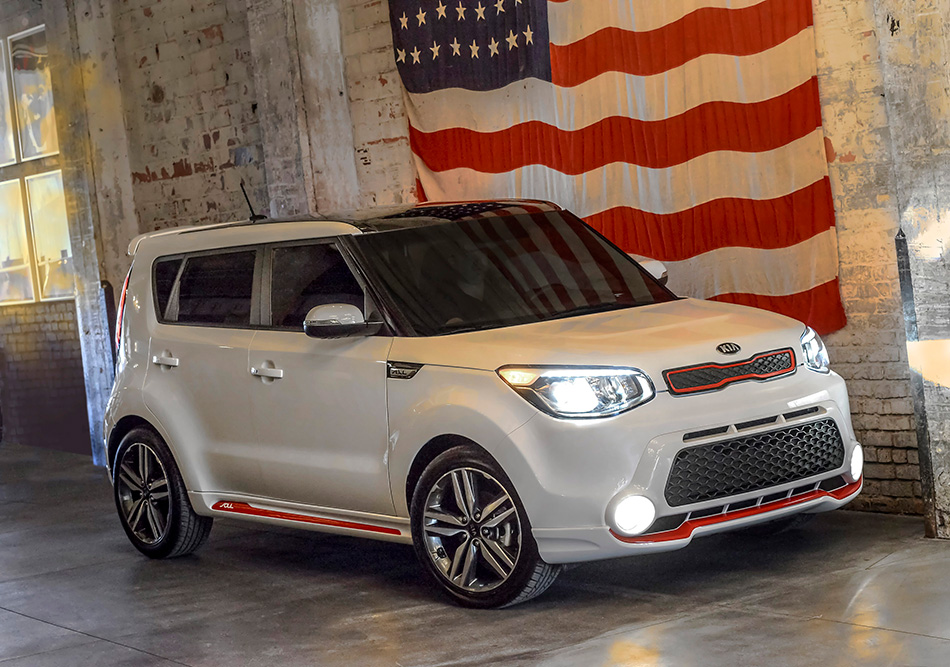 "The Soul has always appealed to those who choose to express their individuality through their vehicle, and special editions have been a part of the lineup since the first-generation Soul went on sale in 2009," said Michael Sprague, executive vice president, marketing & communications, KMA. "The Red Zone Soul underscores that independent spirit and brings to life many styling features from our wild Track'ster concept."

Based on the 2014 Soul Plus, the "Red Zone" Soul exudes its own extroverted personality with White exterior paint and an aggressively styled body kit featuring red accents throughout, including treatment on the front grille, front and rear fascias, and side skirts. Custom 18-inch alloy wheels fill the wheel wells and keep the "Red Zone" Soul firmly planted on the tarmac. Power comes from Kia's efficient 2.0-liter gasoline direct injected (GDI) four-cylinder engine which puts 164 horsepower to the ground via a six-speed automatic transmission.

As with all previous special-edition Souls, the "Red Zone" will be offered in limited quanities. Just 2,000 examples will be available.