The 2013 Agera R has all the features and functionality of previous year models, but also features new and unique solutions to enhance performance and visual appearance even further.

Koenigsegg was the first Hypercar manufacturer to take steps toward green technology with the release of the biofuel CCXR in 2007. The Agera R, based on the highly competitive Agera, follows in the footsteps of the CCXR as it also runs on E85 biofuel. 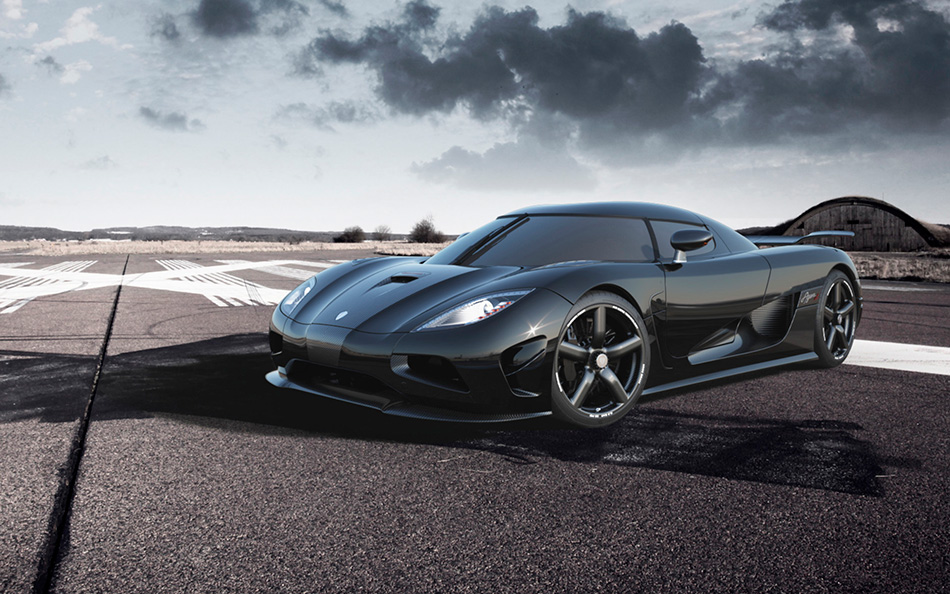 Among the many differences to the standard Agera, the Agera R has an upgraded fuel and engine management system with enough flow capacity to generate 1140hp and 1200Nm of torque on E85 and E100 biofuel. As there is less energy content per given volume in these biofuels compared to normal petrol, the fuel system has to manage a flow that is similar to a 2000hp petrol engine, which means that the Agera R's return-less fuel system has the highest capacity of any car presently in production.

As the Agera R is a flexfuel car, it can also be run on normal petrol. As 95 octane fuel has less octane than ethanol E85, the power is reduced to 960hp with 1100Nm of torque due to the boost pressure and ignition timing being altered to match the fuel characteristics.

In order to give the Agera R maximum flexibility when it comes to power delivery, Koenigsegg has implemented the latest technology when it comes to turbo materials and design. This reduces the inertia of the turbine wheel and axle and therefore gives improved response.
Triplex rear suspension

There are multiple benefits of this system. For example, the Triplex system works in series with the car's regular springs and dampers, allowing their spring and damping rates to be lowered. This results in increased comfort and better handling on rough and wet surfaces without compromising dry track handling.

By adding the Triplex system, Koenigsegg can maintain true suspension geometries for handling but still have the anti-squat feature and harvest other new found benefits. As the Triplex system compliments the normal dampers and springs, these can be made lighter. Hence, the added benefits more than offset the marginal increase in the total weight of the car's suspension.
Dynamic rear wing

Hypercars of today generate massive amounts of downforce at low to medium speed and less down force at very high speed. This is so as to avoid overloading the tires and creating too much drag. Most hypercars are therefore fitted with heavy, hydraulically operated wings and flaps to cater for this need.

Koenigsegg, following the "less is more" philosophy, has designed a dynamic system to address this issue.

The most visual and obvious part of this system is the new dynamic rear wing. The wing changes its angle of attack, not with the help of hydraulics, but with the pressure of the wind. It is therefore dynamically controlled by the vehicle speed, or wind resistance, at any given moment in time and thus compensates for either a headwind or tailwind at the same given speed. This is an intelligent way of dealing with adaptive aerodynamics as the system becomes lighter, less complex and more intuitive compared to heavy and complex hydraulic systems. Koenigsegg had to work heavily with CFD in order to create the dynamically controlled adaptive aerodynamics of the Agera R.

An interesting additional feature of the adaptive wing is that the pylons for the wing also act as air extrusion channels. The air channels go from the engine bay to the back of the pylons, thereby creating an air passage. This causes a venturi effect from the air rushing past the pylon, evacuating hot engine bay gases, reducing pressure in the engine bay and increasing the flow of cooling air through the side radiators. This also means that the pressure under the car is reduced, giving more low drag down force.
Aircore Carbon fiber wheels

The 2013 Agera R features the world's lighest and strongest Hypercar wheels, developed and produced by Koenigsegg. What makes this wheel truly unique is that the spokes and centre part of the wheel are completely hollow and made out of carbon fibre, in one piece, together with the rest of the wheel.

This design demanded that Koenigsegg come up with a novel way of producing a one-piece hollow carbon construction, something much more complex than what has been allowed previously. The only metal part in the Koenigsegg Aircore carbon fiber wheel is the checkvalve for filling up the tire. Apart from this tiny part, the whole wheel is made completely from carbon fibre. Given its unique design, the wheel's strength is much higher than any forged aluminium wheel, but at the same time it delivers a weight saving of around 40%.

The Agera R comes standard with Koenigsegg´s latest carbon front winglets mounted on the radiator outlets. These winglets not only give 40kg more down force at 250km/h, but also reduce drag, making them a true win-win installation.
Aero exhaust

The 2013 Agera R comes equipped with a new one-piece exhaust outlet. Not only is this outlet lighter, it is also shaped to improve underbody air release and work in conjunction with the carbon air diffusors that flank the exhaust outlet.