The Ghedi (Brescia) military airport was the setting this week for an extraordinary acceleration race between a Tornado aircraft [A200-A] provided by the airbase, and the Lamborghini Reventn driven by an official Lamborghini test driver.

The fighter pilot and the Lamborghini test driver challenged each other on the 3000 (1.86 miles) m-long runway.

The Reventn took the lead in the first leg of the race, but the Tornado caught up in the last few metres, taking off and flying over the Reventn that was going at a speed of over 340 km/h. 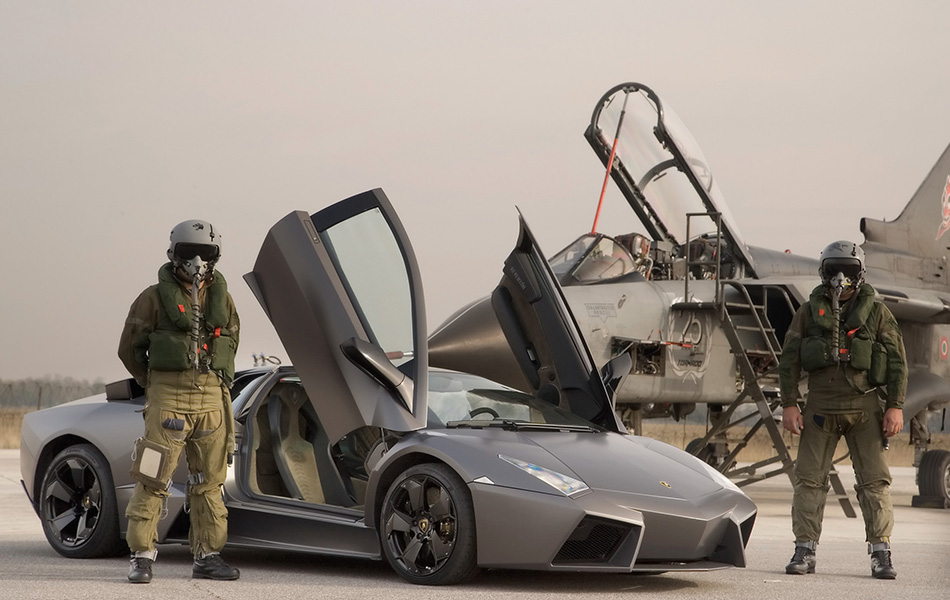 The Ghedi military base was chosen as the venue at which to present the Lamborghini super car to international TV networks. The ideal environment in which to emphasise the Reventns aeronautic styling, the airbase was made available to Lamborghini by General Carlo Landi of the Fifth Department of the Stato Maggiore dell A.M, and Colonel Aurelio of the Sixth Formation.

The Reventns design entirely designed by the Centro Stile Lamborghini and perfected down to the finest detail in close collaboration with Lamborghinis R and D management - drew its inspiration from the worlds fastest aircraft in modern aviation. It is from this heritage that the Reventn has drawn its extremely precise, technically impressive style with sharp edges, exact lines and clean surfaces, along with its exclusive new matte grey-green exterior colour.

There are only 20 Reventn cars available, each with a price tag of 1 million euros plus taxes. All are already sold and will be built and delivered in 2008.

The Lamborghini Reventn, officially presented to the public at the Frankfurt Motor Show in September, also won the Most Beautiful Automobile in the World 2007 award this month in the special models category, and is destined to become a new legend in the fascinating history of the House of the Raging Bull.