Land Rover will celebrate its 60th anniversary with a new special edition of the iconic Defender - the SVX. The world's first SVX has been donated by Land Rover UK to the British Red Cross to auction at the ball.

"The Red Cross association with Land Rover goes back to 1954, when Land Rover supplied a vehicle to the British Red Cross for use in Dubai as a mobile dispensary," said James Johnstone, chairman for the British Red Cross Ball. "We are thrilled that Land Rover continues to support our vital humanitarian work today. Funds raised from auctioning this vehicle will go towards the work of the Red Cross in the UK and overseas, which this year has included the UK floods, Darfur Crisis and ongoing HIV work in Africa."

While most of the 25,000 Defenders produced each year are working tools for everyone from farmers and foresters to aid agencies, the SVX is the most stylish and feature-packed version that Land Rover has ever produced. 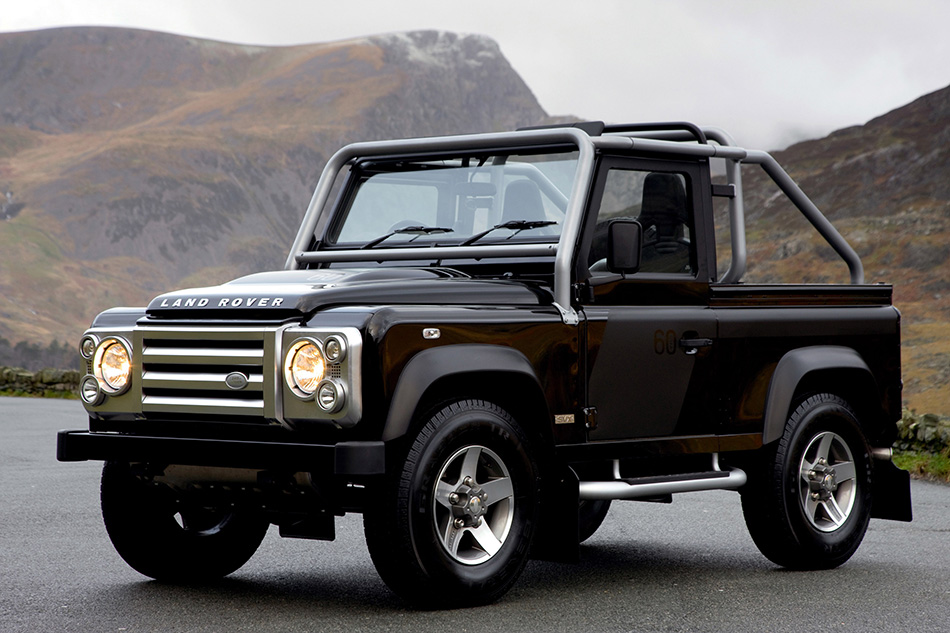 With metallic black paintwork and subtle satin black graphic decals, the Land Rover Defender SVX will be available in both 90 soft-top and 90 station wagon versions. Distinctive exterior features have a contrasting silver finish, such as the unique 'Defender' and 'SVX' badges, tubular side-steps, and the bold surround for the front grille and new, clear-lens headlamps. All vehicles will also feature new, 'diamond turned' five-spoke alloy wheels, a reinforced aluminium front undershield and clear LED rear lights.

To bring the SVX interiors right up to date, they are equipped with custom-designed Recaro front seats, distinctive alloy gear knobs, a new audio system (with subwoofer and USB socket), iPod cradle and Garmin satellite navigation. The soft-top models are especially eye-catching, with a metallic silver tubular cage that supports a tailor-made, removable black fabric hood. This encloses a flat load-space and a spare wheel stowed behind the front seats, reminiscent of the very first open-top Land Rovers. Each SVX model for the UK will also come fitted with an individually numbered plaque, e.g. 001.

"The Defender SVX looks very different to a spartan 1948 Land Rover, but it's still an essentially practical vehicle that will enable you to go almost anywhere," says Phil Popham, Land Rover's managing director. "The new and much more refined diesel engine introduced earlier this year has been a great success with customers, and for those who want the ultimate Defender, we thought that the SVX special edition would be an ideal way to mark Land Rover's 60th birthday."

A total of 200 SVX vehicles will be made available in the UK - 140 two-seat Defender 90 soft-tops and 60 four-seat 90 station wagons. Production of the Land Rover Defender SVX will start in spring 2008, with deliveries to customers starting from early summer for soft-tops and later in the summer for station wagons. Prices will be announced later in the year.