Land Rover is a Worldwide Partner of this year's international Rugby World Cup and has created a very special Defender worthy of custodianship of rugby's most instantly recognisable icon – the Webb Ellis Cup.

The specially-modified 110 Defender Station Wagon was developed and built by Jaguar Land Rover's Special Vehicle Operations division at its headquarters at Oxford Road HQ in Ryton, UK. The Rugby World Cup 2015 Defender has been designed to safely and securely display the Webb Ellis Cup, while it travels across the UK and Ireland during the Rugby World Cup Trophy Tour. 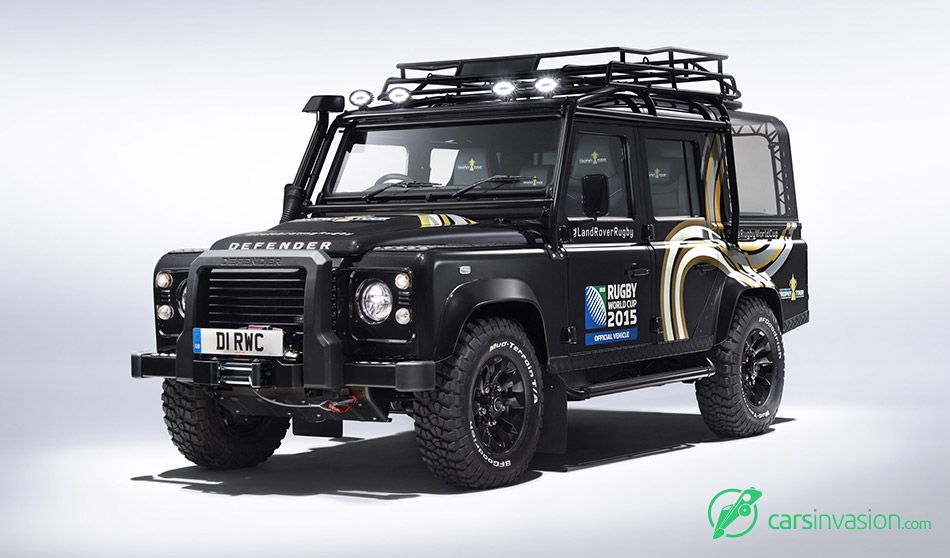 The Rugby World Cup 2015 Defender made waves today as Land Rover unveiled the vehicle in spectacular fashion at Tower Bridge in London where it emerged, from a giant rugby ball, driven by Land Rover Ambassador and Rugby World Cup 2003 winner, Lewis Moody. The 8.2m high ball floated 25 miles up the River Thames from Tilbury Dock on Thursday, passing iconic London landmarks such as the Thames Barrier and Canary Wharf along the way.

The focal point of the Rugby World Cup 2015 Defender is the bespoke Trophy cabinet to the rear of the vehicle. A one-of-a-kind Rugby World Cup 2015 Defender App has been developed specifically for the purpose of controlling the high-specification technology within the Trophy cabinet – making sure that conditions are just right. Lighting, temperature, the locking mechanism that secures the Webb Ellis Cup and the 40-inch flat-screen Toshiba television are all controlled through the App on a 10" Toshiba Windows Tablet which acts as the interface. The Trophy cabinet is also protected with toughened security glazing.

The climate control system is crucial to ensuring the Trophy is always the star and visible to fans throughout the tour. It maintains a constant temperature within the cabinet to eliminate fogging and is aided by anti-glare security glass. To add a touch of theatre, three different lighting modes have been incorporated whilst the flat-screen TV will play a host of memorable moments from Rugby's illustrious history.

The passenger interior is based on the Defender Autobiography edition and offers a high level of personalised design touches. Black Windsor Leather seats have been embellished with gold contrast stitching and Rugby World Cup 2015 blue piping whilst the contrast stitch extends to the dashboard and doors. The Rugby World Cup Trophy Tour logo takes prominent position being embroidered onto the front headrests. 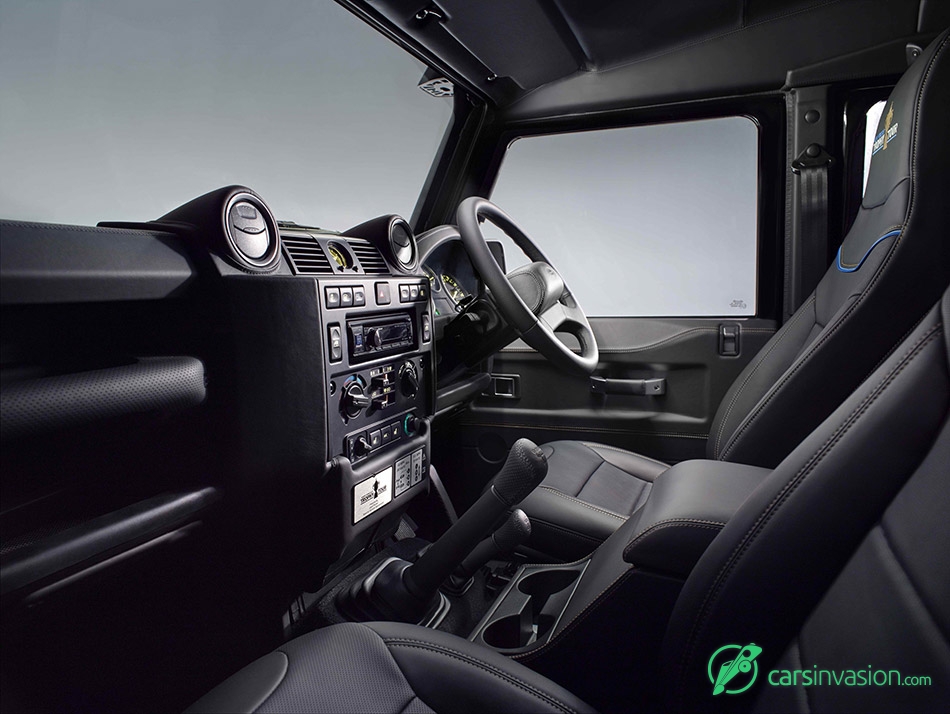 John Edwards, Managing Director for Jaguar Land Rover's Special Operations division, said: "It's been a privilege to work on this one-off Land Rover. The Rugby World Cup 2015 Defender is the perfect showcase for the ability of our Special Vehicle Operations division to make bespoke vehicles. From the illuminated Trophy cabinet at the back to its luxury interior, every aspect of this unique and special vehicle has been carefully engineered to provide the ultimate platform for the Webb Ellis Cup as it travels around the UK."

The Rugby World Cup Trophy Tour, around the UK and Ireland, reflects the Defender's legendary go anywhere, do anything character as it traverses countrywide to bring the Webb Ellis Cup to over 300 events in 100 days and engage with fans and players at all levels.