The Nissan R35 GT-R has earned itself a reputation as one of the most potent sports cars of our time, as well as the nickname "Godzilla" after the mythical Japanese movie monster.

The GT-R in its present incarnation has been around since December 2007, with Nissan slowly taking its performance envelope to greater heights with each passing year. PRIOR-DESIGN gave considerable thought to their wide body conversion to ensure that it would take the car to the next level. 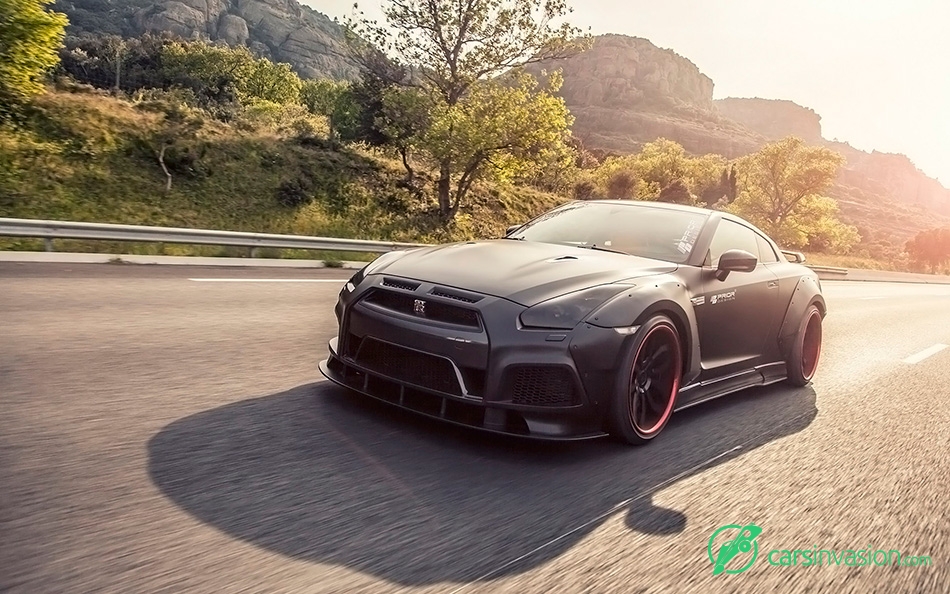 The PD750-body kit consists of a new front bumper with large intakes for uprated intercoolers and brakes, a front lip spoiler, side skirts, and a three-piece rear underbody diffuser with vertical fins that channel departing airflow cleanly from the rear to reduce drag.

An eight-piece wheel arch extension kit is available to add even more menace to this Japanese monster, and all these aerodynamic components are made from high quality carbon-fibre. The cost of the complete kit is 9,900 Euro.

To bring the cars performance in line with its more aggressive looks, an engine upgrade was developed for the 3.8-liter V6 engine, which increases power to 720hp, with 820Nm of torque.

The PRIOR-DESIGN-steel sport exhaust with a pair of 200-cell free-flow catalytic converters has a flap control, which when fully open, emits a bloodcurdling Godzilla style roar!

While the GT-R benefits from a four-wheel-drive system out of the box, a KW Variant 3 coil-over suspension system with variable ride height as well as bounce and rebound control helps the car deploy its extra power effectively.

PRIOR-DESIGN PD alloy wheels 10.5 and 13.0x21-inches at the front and rear provide enormous mechanical grip, and look terrific thanks to a choice of colours visual accents.