Lexus GS 350 F Sport and an IS 350 F Sport will also be on track as the championship's official course and medical cars as part of the new agreement. 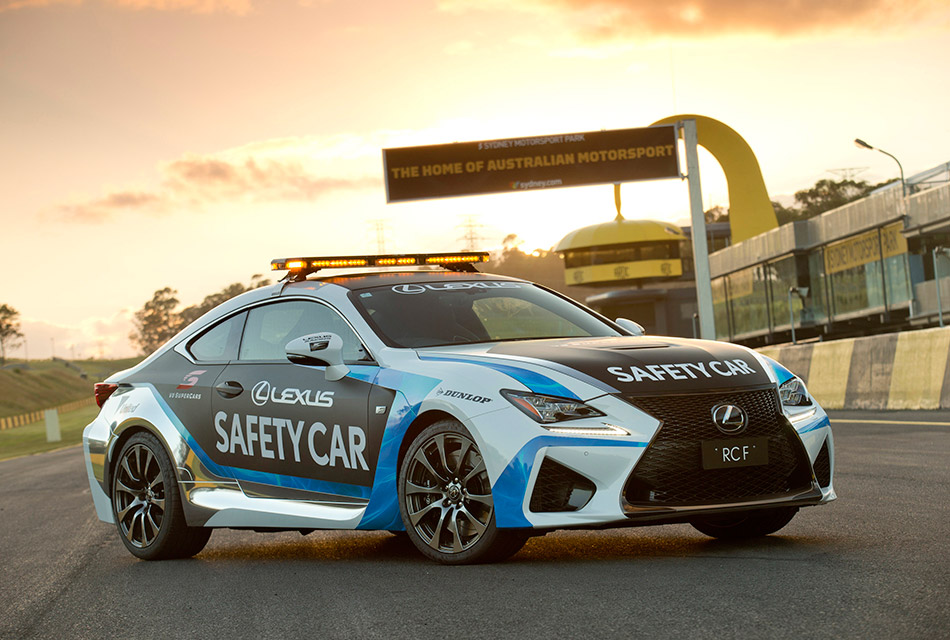 "We are proud and excited that Lexus has chosen our sport to showcase their high performance credentials," Mr Warburton said.

"The stunning safety car will be a feature of its own, and together with the IS 350 F Sport and GS 350 F Sport, we are absolutely delighted these ultra-high performance vehicles will be an integral part of V8 Supercars in 2015."

RC F is the latest model to wear the F badge - the high performance vehicle arm of Lexus - and takes the mantle as the brand's most focused, race-inspired model in Australia.

Along with its aggressive, aerodynamic curves, it features racetrack-developed suspension and brakes, and power delivery via an eight-speed Sports Direct Shift transmission and unique torque vectoring differential.

They both feature a 3.5-litre quad cam V6 that produces 233kW and 378Nm, mated to an eight-speed automatic transmission with manual control via paddle shifters.

RC F, GS 350 F Sport and IS 350 F Sport models will commence their association with V8 Supercars at the Clipsal 500 in Adelaide from February 26 to March 1.