"The new Lincoln MKZ improves on the success of the current MKZ with Lincoln's new signature look, appointments that amplify and expand the Lincoln portfolio and a faster, more refined powertrain," said Mark Fields, Ford's president of The Americas. 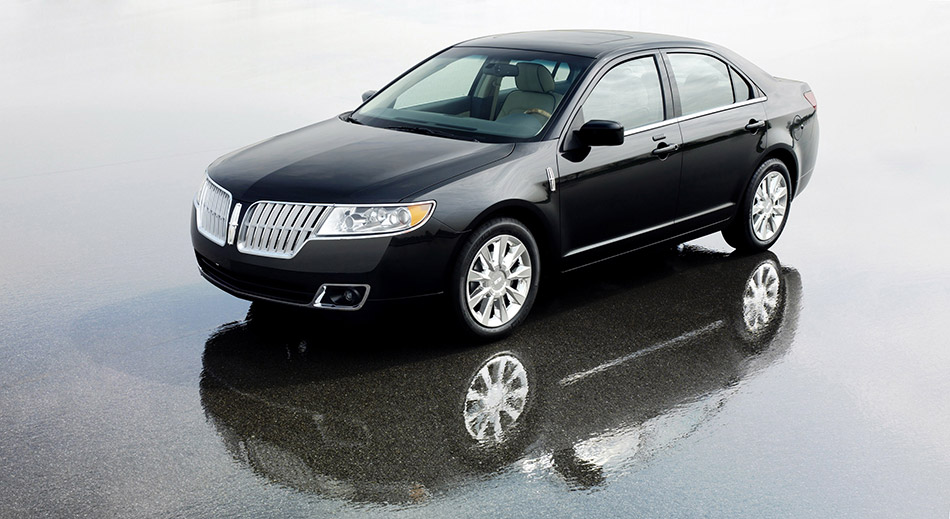 CTA uses the BLIS radar sensors to alert the driver of approaching traffic while in reverse and backing out of a parking spot. The CTA tracks up to 65 feet on either side of the vehicle and warns the driver through both audible and visual alerts.

The new MKZ also features Lincoln signature design elements, including the split-wing grille and thinner wraparound head lamps for a wider, sportier look. Its chamfered front fascia also shares a family resemblance with the Lincoln MKS, with a sculpted hood and ridges flowing into the A-pillar. In the rear, the Lincoln MKZ features a new decklid with wider LED taillamps accentuating the width of the car and separated by the Lincoln star.

The world-renowned luxury leather from Scotland, pioneered on the classic Lincoln Continental Mark II and used on the MKS, wraps the MKZ seats. The Lincoln MKZ leather is unembossed, allowing the natural beauty and character of the grain to shine through.

The leather is milled for up to 12 hours to ensure a buttery soft hand, and Bridge of Weir uses a chromium-free tanning process, which makes it easier to recycle.

"We've increased the luxury feel and improved on what was already a great interior," said Peter Horbury, executive director of Design, The Americas. "We have a new interior theme with all-new primary touchpoints, complemented by new features and technologies that make the 2010 Lincoln MKZ stand out in the competitive mid-size segment."

Additions or improvements to the 2010 Lincoln MKZ interior include:

Technology and information at your fingertips

The new Lincoln MKZ is more than just a pretty face and striking new interior. New technology features help Lincoln's new mid-size sedan stand out, too. They include:

Other features for the 2010 Lincoln MKZ include:

The six-speed SelectShift automatic transmission, which is front-wheel drive with all-wheel drive available, is standard on the 2010 Lincoln MKZ. Powertrain performance is improved dramatically, with 0-60 mph times dropping from 7.7 to 7.1 seconds.

The engine - and the Lincoln MKZ itself - is quieter. Every piece of sound packing was redone.

"The customer definitely should notice how quiet the new MKZ is," said Chief Engineer J.D. Shanahan. "That's important - especially with luxury sedan buyers who perceive that quietness equates to quality."

The six-speed transmission allows for lower early gears for better acceleration and taller high gears for better highway mileage. The new standard SelectShift provides the driver with manual gear selection for enhanced sportiness. Downshifts are locked out to protect the engine from over-revving. The "enhanced overdrive cancel" mode locks out the fifth and sixth gears, allows shifts at higher speed for more engine braking and downshifts for "grade assist" functionality.

The 2010 Lincoln MKZ was completely revised and uniquely tuned for ride comfort.

The team changed the rear suspension lower control arm control point to move the roll center closer to the center of gravity, which improved the ride-handling characteristics. A hydraulic variable-flow steering pump changes the flow rate at lower speeds to give better response, improving the turning circle and easier parking efforts.

The Lincoln MKZ's available all-wheel drive (AWD) system has been retuned for better traction and lower noise, vibration and harshness. The system uses an electro-mechanical clutch and employs two basic modes of torque transfer - pre-emptive torque (before wheel slip) and slip-control torque (after wheel slip). This dual system gives the driver confidence in any situation, while the suspension has been specially tuned to be more neutral when cornering.

The 2010 Lincoln MKZ is built at Ford's Hermosillo (Mexico) Stamping and Assembly Plant and will be in dealer showrooms in spring 2009.