Lotus is back with an entry level Elise that is set to propel the Hethel based sports car manufacturer further up the sales charts. The loss of the K series engine had temporarily created a hole in Lotus' portfolio and its disappearance from the range was not good news for pure sportscar lovers right across the globe.

The challenge of ‘plugging the gap' has now been spectacularly addressed with the launch of the new Lotus Elise S – a sub 6 second 0 - 60mph sportscar, available at a stunning sub Ј24K ‘on the road' price.

Lotus has shoehorned in a high technology 1.8-litre 134 hp Variable Valve Timing Toyota engine, which perfectly complements the phenomenal handling characteristics of the Lotus Elise. This delivers a cracking new entry-level car, capable of taking you from 0 - 60 mph in just 5.8 grin-inducing seconds (0 - 100 km/h in 6.3 seconds) and onto a top speed of 128 mph (205 km/h), law permitting. 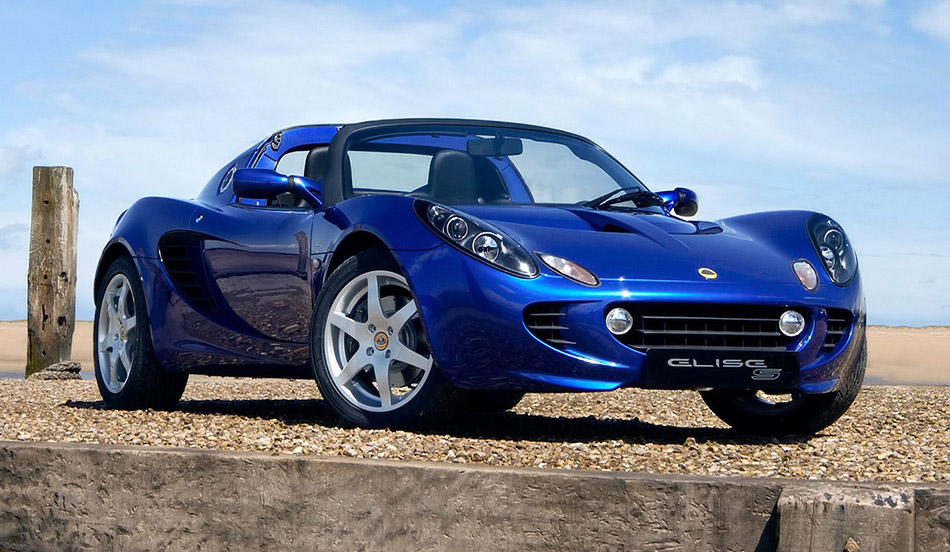 As the new entry-level car, the Elise S may not be the fastest or quickest Elise in the range, but the acceleration, performance and handling is class leading in its price bracket and belies the cost and real substance engineered into the new vehicle - what other sub-Ј24,000 roadster can reach 60 mph in less than 6.0 seconds? For the sake of comparison, a 2.0-litre MX-5 reaches the same speed in 7.9 seconds (Source: Whatcar Magazine – May06).

Add this to one of the lowest depreciation rates of any car in the market and the purchase of the new Elise S becomes one of the soundest retail propositions to be found. The Lotus Elise S is built around the revolutionary and award winning extruded and bonded aluminium chassis, with a lightweight steel rear subframe. The chassis itself weighs just 68 kg (150 lbs) and has a stiffness of 9,500 Nm per degree. The body design remains unchanged from the classic 190 hp Lotus Elise R – why change the award-winning aerodynamic package and an elegant Lotus design just for the sake of it?

The car's standard specification will also delight, as nothing has been removed from the car to undermine the real value for money proposition afforded by Lotus' new ‘firecracker'.

The full Lotus Elise option menu is also available on Elise S, with the exception of a limited slip differential, ensuring the new car is easy to personalize to a customer's individual requirements and preferences.

How does just 134 hp (100 kW, 136 PS) deliver such phenomenal performance? First of all, the maximum power output is achieved at near maximum revs (engine speed) of 6,200 rpm and maximum torque (a respectable 172 Nm, 127 lb.ft) is reached at 4,200 rpm. This gives a good combination of mid range pull but also encourages the driver to rev the engine to the maximum permitted engine speed of 6,800 rpm. A bright red LED "change-up light" tells the driver when to change gear, the point of illumination from the "red-line" variable and dependent on the gear selected.

Driving any Elise is an experience like no other – and the Elise S is no different. Few cars can match the delicacy and accuracy of the steering, throttle and brakes. Only a Lotus has the relatively soft springs and firm damping to give superb body control and a truly exhilarating ride. And only a Lotus can turn in such performance with such minimal environmental impact in terms of emissions and fuel consumption.

It's all down to light weight.

Light weight has benefits for acceleration, the environment, handling, ride comfort and braking.

Braking comes from AP Racing callipers at the front and Brembo Calipers at the rear linked to 282 mm vented and cross-drilled cast iron discs – you can never call an Elise under braked!

The advanced ABS system incorporates an anti-lock system which is very unobtrusive and most drivers will not even notice that it is there – unless it is needed of course and even then, the system keeps a subtly low profile.

The ABS system is linked to a lightweight pedal box with steel pedal arms and extruded aluminium pads. This unit also has an electronic (drive-by-wire) throttle for quick, smooth and more linear engine response.

Mike Kimberley, CEO of Group Lotus plc explains: "The arrival of our new Elise S is good news for lovers of pure sportscars in all intended markets. The value for money proposition offered by the car is second to none and takes the wonderful Lotus Elise range back into the heart of the mainstream sportscar market. We now have a Lotus Elise to tempt the existing or would-be MX-5 or MG driver away from these altogether more cosmetic offerings. They now have an opportunity to get back into a car that is the very essence of what, in our view, a real sportscar should be all about!"