"Vincerò! Vincerò! ­– I will win", that is the self-confident exclamation from Nessun Dorma, probably the most famous tenor aria from Giacomo Puccini´s opera Turandot. And Vincerò is also the name of the latest automobile accessory line by refining specialist Mansory. Mansory already finds many parallels for the new name: The plot of the aria stems from a Persian tale of 1001 days which also relates to the standard motorisation of the Bugatti Veyron 16.4 with 1,001 hp. On the other hand, it should also refer to the origin of Kourosh Mansory, the founder and CEO of Mansory Corporation. And the opera has another reference to the offered product portfolio by ending after three acts. The LINEA Vincerò edition is also not infinite – the project is strictly limited.

It goes without saying that such a sonorous name is only suitable for an absolutely high-quality programme. Already the Bugatti Veyron serial edition sets standards in terms of price, maximum speed and engine power and leaves its competitors far behind when a contender for the super sports car is to be crowned. Whoever now thinks that everything possible has been achieved, can be proved wrong. Already visually, the changes clearly show. The front part gets a comprehensive face-lift including modified wings, a shorter hood and a striking front apron. The LED daytime running lights integrated in the front mount and the implemented stylised "V" as a special tribute to the name "Vincerò" draw even more attention to the car. The newly developed side skirts are the visual and aerodynamic connection between the axles. Larger air outlets at the sides and at the back render optimal engine cooling and in combination with the new diffuser, they underline the powerful car design. Mansory manufactures nearly all auto body parts from ultra-light and high-strength carbon. The applied hardening technique with strong pressure and high temperatures in the autoclave thereby enormously improve the material quality. 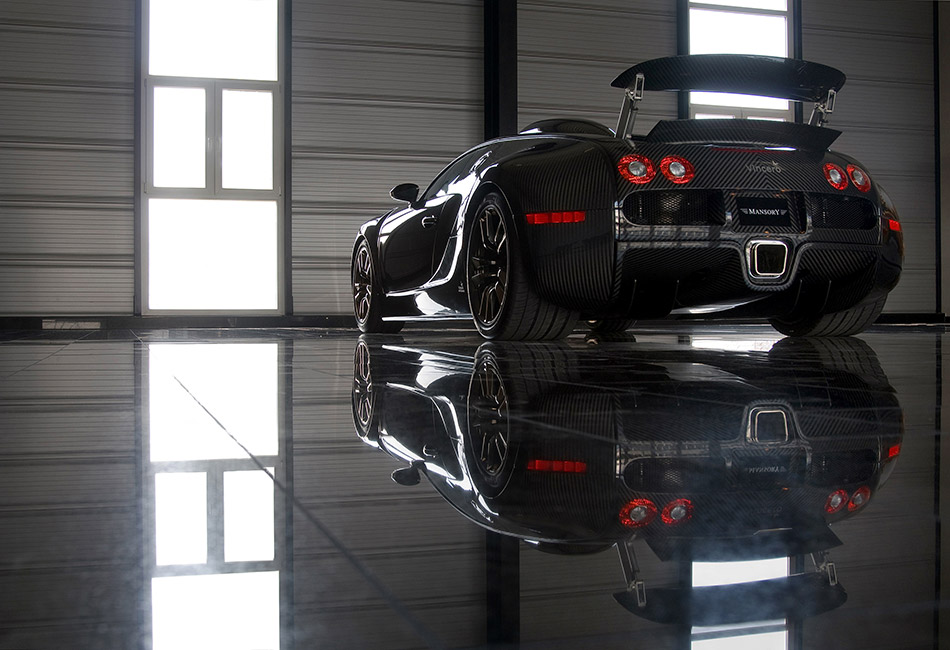 Also, the power engine is refined by Mansory. Technical innovation is combined with technical expertise and thereby, an increased cooling air supply and optimised exhaust system produce an unbelievable 1109 hp and 1310 Nm.

The interior is exclusive and yet functional. Also here, Mansory understands how luxury and technology can be harmonically combined. When traditional craftsmanship, selected materials and stylish design merge, the result is an interior of automobile excellence.

This mainly shows by the LED lights of the new Ambiente-Illumination-System which are fitted in the seats, door linings and the dashboard. The entire passenger compartment glows in a soft light which does not only render a comfortable feeling, but also emphasises the high-quality carbon applications and the especially grained leather. The ergonomically designed airbag steering wheel is both sportive and particularly pliable and is equipped with rocker switches.

The Mansory individualisation programme for the Bugatti Veyron 16.4 is offered in a limited edition via the Middle East partner "Prestige Cars Abu Dhabi".