In the late 1970s the Federal German Ministry for Research and Technology launched the "Auto 2000" project in which several carmakers participated. Fuel consumption was not supposed to exceed 11 litres per 100 km (21.3 mpg) for a vehicle with a curb weight of up to 2150 kilograms – a very ambitious target in those days – and the maximum for vehicles weighing 1250 to 1700 kilograms was to be 9.5 litres/100 km (24.7 mpg). 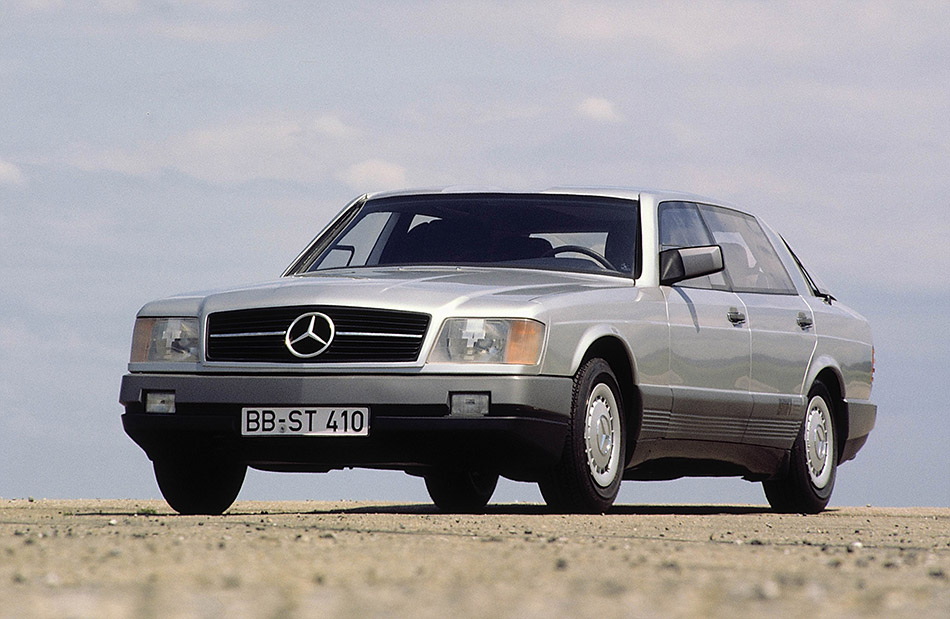 In addition, the car was supposed to accommodate four occupants and provide a payload capacity of more than 400 kilograms. Mercedes-Benz met the requirements with the "Auto 2000", first presented to the public at the 1981 Frankfurt International Motor Show. This research car had an aerodynamically optimised body with a very low cd (drag coefficient) of 0.28. As many as three different engine concepts were tested in this vehicle. Automatic cylinder cutoff premiered in a V8 petrol engine displacing 3.8 litres. When little power was required, four of the eight combustion chambers were temporarily shut down – today this is a feature of several large-displacement petrol engines from Mercedes-Benz. The 3.3-litre diesel engine tested in "Auto 2000" had exemplary accelerating power owing to six cylinders and two turbochargers and excelled with a consumption of 7.5 litres per 100 kilometres (about 31.3 mpg) at a speed of 120 km/h (75 mph).

With the third drive unit of the "Auto 2000", the engineers realised an ambitious project: the automotive gas turbine. It had several qualities, including low-pollutant combustion, low weight, compact dimensions, favorable torque characteristics, and the elimination of water cooling. All engines were harnessed to a four-speed automatic transmission. Also, integral seats for the driver and front passenger, with all the belt mounts on the seat itself, were tested in "Auto 2000", along with integral child restraint systems in the rear and pedestrian-friendly bumpers.