The Morgan LIFECar takes a fresh look at transport, offering as revolutionary an approach to personal freedom as did the brilliant Morgan Threewheeler introduced by HFS Morgan nearly 100 years ago.

The LIFECar is powered by a fuel cell that is sized to meet the constant load requirement of cruising (about 20% of peakpower) and as a result significant weight and cost reductions have been made over other designs. By recapturing energy during braking, maximum performance is available to LIFECar for acceleration from this unique mix of technologies.

The initial concept was the brainchild of Hugo Spowers of RiverSimple, a specialist company investigating new ideas in environmentally sound transport solutions. In order to realise LIFECar however, several partners were needed to make the concept a reality. 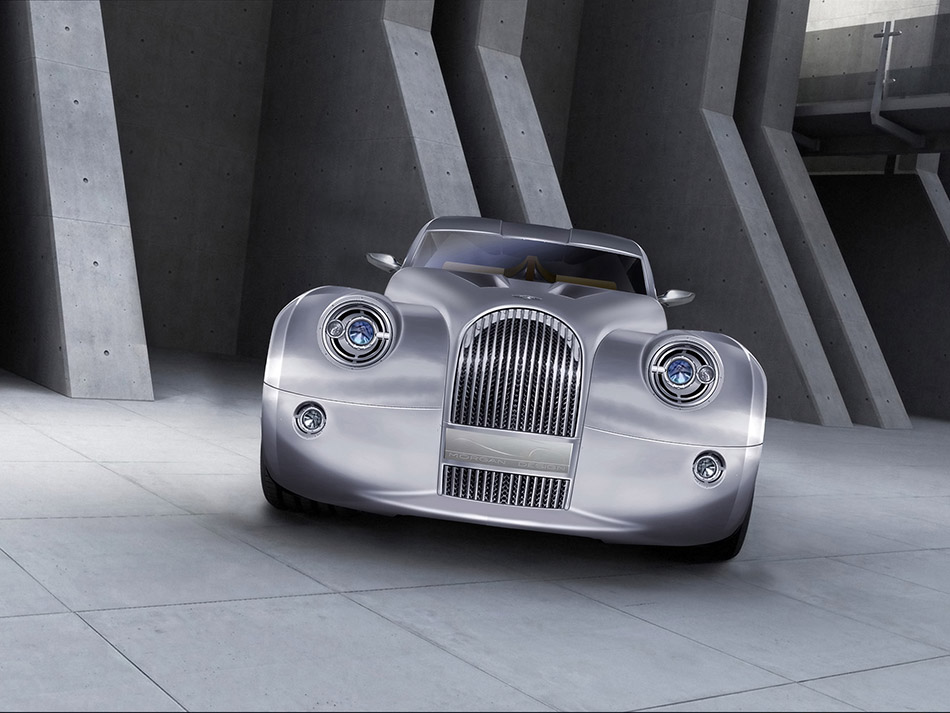 The project is based around hydrogen as the fuel source because when it burns the only emission is pure water. Hydrogen is potentially abundant and Spowers brought in Linde to the project for their expertise across the whole hydrogen supply chain from production and distribution through to their high pressure refuelling systems.

The hydrogen is converted to electricity using a 4 stack hydrogen PEM fuel cell. Apart from 22Kw of electricity, the fuel cell produces only heat and water as by-products. The fuel cell made by QinetiQ operates at 45% efficiency, a significant advance over the conventional internal combustion engine.

Electricity is directed to 4 electric motor/generators, each connected directly to a driving wheel. Not only are these motors super-efficient 92-94% across their operating range - but they have inbuilt re-generative braking, recapturing the kinetic energy for when vivid acceleration is required (and reducing energy consumption still further). Whilst regenerative braking is not a new concept, current applications offer around 10% energy reuse, whereas in LIFECar, up to 50% of this stored kinetic energy can be re-employed.

This regained energy needs to be efficiently stored and delivered. Historically this has been the job of batteries, which are rich in heavy metals, heavy in weight and limited in their ability to deliver or receive high power bursts of energy. LIFECar has shunned these in favour of a bank of ultra capacitors. These have the ability to shuffle up to 1000 amps back and forth, maximising energy storage during braking and delivering powerful acceleration.

This technology would not be practical without sophisticated controls. Cranfield University have developed management systems for the vehicle, hydrogen, fuel cell, ultracapacitors and the motors allowing them to become the drive and braking system (powerful enough to give 0.7g retardation as well as generating energy). They have also developed a solution to seamlessly switch the electronic brakes to a conventional hydraulic system at very low speeds.

LIFECar has been engineered to deliver energy consumption equivalent to 150 mpg (1.8 l/100km) on petrol with a top speed potential of 80-85 mph, a 0-62 time of under 7 seconds and a 250 mile range. This unique mix of technology has been packaged by Morgan to add yet another unique twist to the project. Using only the best and lightest materials that are also attractive from an environmental and an aesthetic point of view, aluminium, wood and leather, the Morgan DNA is clearly visible and gives a new dimension to an environmentally sensitive concept.

One thing is for certain, the world of motoring will change out of all recognition over the next 10 yearsCould this be its future?

The cars fuel cell system operates by electrochemically combining on-board hydrogen with oxygen taken from the air outside. Although in most respects fuel cells are more like engines than batteries, to the extent that they generate energy from fuel in a tank rather than store energy, like batteries, they use electrodes (solid electrical conductors) with an electrolyte (an electrically conductive medium). When the hydrogen molecules come into contact with the negative electrodes, the molecules split into protons and electrons. The protons are then carried across the proton exchange membrane to the positive electrode of the fuel cell whilst the electrons travel around the external circuit as electricity.

The molecules of the hydrogen and oxygen are combined chemically, with water as the only waste product. The only emission from the QinetiQ fuel cell will be water vapour. The electric power generated by the fuel cells powers the electric motors and turns the wheels of the vehicle.