For the first time ever in the Nissan Z®'s 37-year history, a high-performance NISMO 350Z is part of the extensive Z® lineup. The new 2007 Nissan NISMO 350Z, which makes its North American debut at the 2007 New York International Auto Show, features an extensively developed list of unique equipment – including a special body package and improved handling equipment. This new model, the fifth in the 2007 350Z Coupe lineup, is available with a 6-speed manual transmission only. It goes on sale at Nissan dealers nationwide in July 2007.

NISMO, the premier supplier of high-performance aftermarket parts and accessories for Nissan vehicles in the United States since 2003, previously participated in the development of the NISMO Frontier off-road pickup truck, introduced in 2005. The NISMO 350Z is the second Nissan model to be branded with the legendary marque. Like the Frontier model, which is specially equipped for off-road excursions, the 2007 NISMO 350Z is optimized for enthusiast drivers. 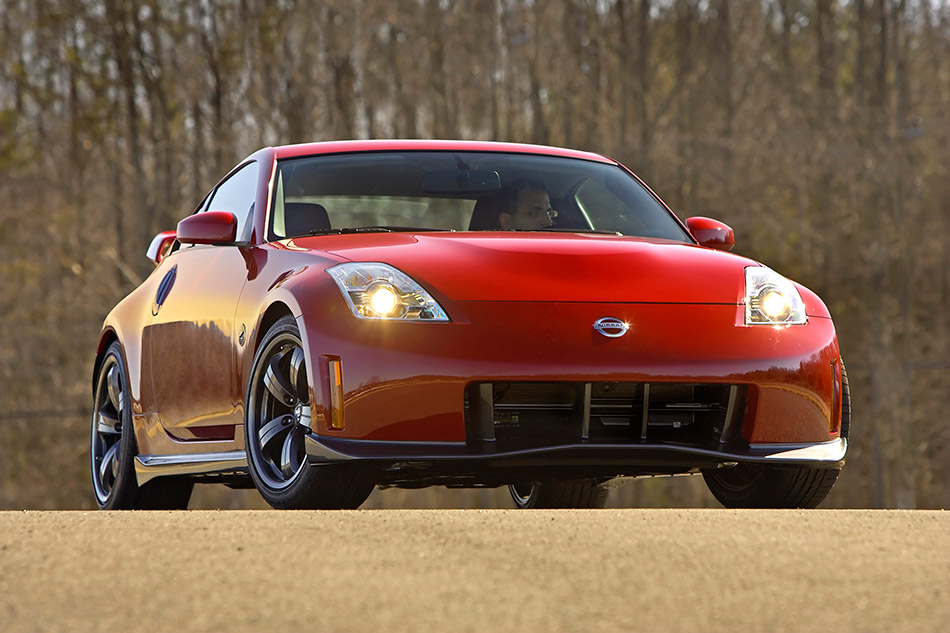 "The NISMO 350Z is the ideal package for true enthusiasts – adding a high level of aesthetic and performance enhancing equipment which is not available in the aftermarket – while retaining the reliability, durability, and comprehensive warranty found standard on every 2007 Nissan 350Z," he continued.

The most striking visual feature of this special vehicle is the NISMO aerodynamics package, which strongly resembles the Super GT championship winning Z®s. Featuring an aggressive front fascia with chin spoiler, side skirts, an extended rear fascia with underbody diffuser and a rear wing, the NISMO 350Z produces additional aerodynamic downforce to provide enhanced cornering and handling performance.

Special consideration is given during assembly of the NISMO 350Z – structural rigidity is enhanced by additional body welds to the already rigid 350Z body and additional supports have been added front and rear. The NISMO 350Z also utilizes special body dampers mounted in the front radiator core support and in the rear cargo area, which assist in controlling body vibrations.

"The combination of aerodynamic enhancements and performance tuning adds up to a Z® with enhanced cornering, steering precision and handling," said Bosley. "Every exterior and mechanical improvement made to the NISMO 350Z isn't just for show, it's also for performance." Four exterior colors are available, including Redline Red, Magnetic Black, Silver Alloy and Pikes Peak White. 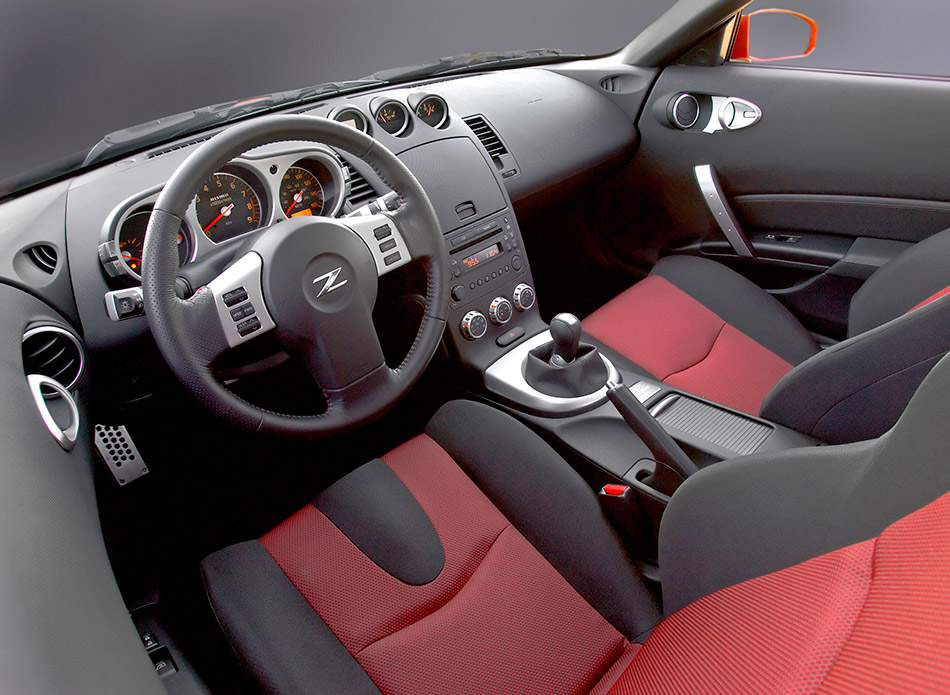 "The NISMO 350Z is geared towards enthusiasts who want the ultimate 350Z straight from the factory performance experts," said Bosley. "They also want a Z® that makes a statement and is a testament to their love of driving."