As Nissan finalizes plans to bring its first production commercial vehicle (CV) to the United States market in spring 2011, it is starting with a truly ground up design – from its rugged ladder frame to the roof rack mounting brackets on the top of the innovatively conceived and styled body. Yet the all-new Nissan NV (Nissan Van) also has the advantage of Nissan's exceptional commercial vehicle heritage, covering 75 years and more than 75 percent of the global CV market.

"The new kid on the block, as it turns out, is also a long-time player in the global commercial vehicle market. As the first non-domestic nameplate to design, manufacture and sell CVs in the United States, we bring a more than seven-decade tradition of durability, quality and reliability to our products," said Joe Castelli, vice president, Commercial Vehicles and Fleet, Nissan North America, Inc. (NNA). "At the same time, we've taken a fresh look at every aspect of the CV business – including styling, powertrain, interiors, cost of operation and ownership, dealership sales and service operations and, most importantly, real world customer needs."

The first production models in Nissan's new U.S. commercial vehicle lineup are the 2012 Nissan NV1500, NV2500 HD and NV3500 HD. They will be available with a choice of 4.0-liter V6 and 5.6-liter V8 engines and in two body styles, Standard Roof (all models) and High Roof (NV2500 HD and NV3500 HD only) – with High Roof models offering stand-up walkthrough/work cargo area capability. 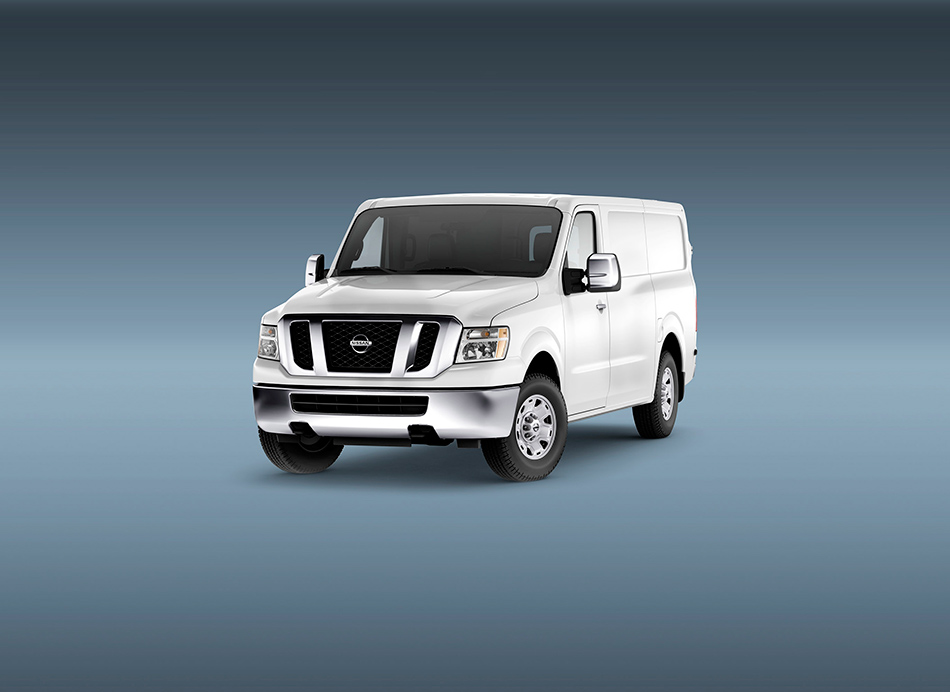 "It's been too many years since any manufacturer in this segment has taken a 'clean sheet' look at the needs of owners and operators in the CV segment," said Castelli. "We've invested more than five years researching the comfort, style and smart functionality demands that will enable business owners to accomplish more throughout their day. We plan on coming out of the box with segment-busting vehicles, so customer input was essential."

"The NV is one of the most researched projects ever in the history of Nissan. We touched the market at every point possible, with the findings reflected in every aspect of the final NV design," added Castelli.

Research showed that commercial van owners are the least satisfied of any vehicle segment, with many van owners disposing of their vehicles in favor of light duty trucks despite the compromise of convenience and utility. In developing the new Nissan NV, one of the overarching goals was to combine pickup truck-like comfort, interior amenities and drivability with a cargo van's capacity and security.

"Looking at the CV market in recent years, there's been a migration of van users to light-duty pickups due to the lack of comfort, image and dependability of the current outdated van platforms," explained Castelli. "Yet many of these truck owners admit they need a van for weather protection, security and the convenience of a tall roof van to carry large items or equipment. With the Nissan NV, we're giving them the best of both worlds."

Answering one of the major unmet owner needs – driver comfort and roominess – the Nissan NV interior starts with wide front doors for easy ingress and egress, supportive bucket seating with extensive adjustability, large armrests and a truck-like driving position with ample legroom and foot room. The available center console (removable) provides a range of integrated storage features, while the fold-down passenger seat – which is unique to the segment – adds worktable functionality and enhances the cab's feeling of openness.

Another major contributor to the pickup-like cab is the absence of the traditional van engine "doghouse" that intrudes into the cab due to the setback engine placement. The Nissan NV utilizes a conventional truck engine layout with out-front engine design. This not only frees up space under the instrument panel and between the seats, it also provides easy under-hood access to the entire engine for routine service and maintenance.

"From the seats forward the NV looks, acts and feels like a pickup. You don't have to take apart the interior to access the engine and you don't have to worry about tucking your work boots into a cramped footwell," said Castelli. "But, make no mistake, behind the seats the NV is a pure, practical van." 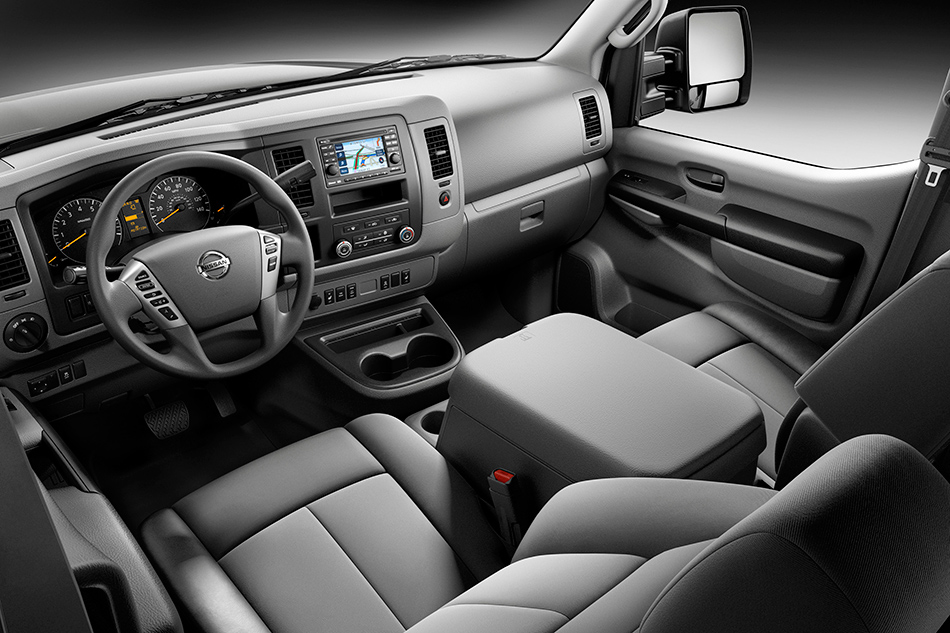 "Standard Roof NV models are designed to fit in most garages or go through most car washes and fast food drive-through lanes – along with offering easier reach to access roof racks," said Castelli. "But for so many businesses, the added cargo capacity and the ability to stand up and work inside the High Roof NV will be a priceless enhancement to their everyday operations and productivity."

"A commercial van must serve many more functions today, including acting as a mobile office for time spent on the road or at a job site," said Castelli. "We've made storage and productivity items integral to the design, rather than tacked-on afterthoughts. The result is a clean, practical and comfortable workspace for a wide variety of professions and businesses."

Along with being conceived as a "mobile office," the Nissan NV is designed to function as a "mobile workshop" – thanks to its simple, flexible cargo area layout. Along with offering wide door openings, the NV offers room between the wheelhouses to accommodate standard plywood or drywall sheets or pallets. There are also a range of cargo area tie-down rings and ample cargo area lighting.

The new Nissan NV was also designed to accommodate aftermarket customization and modifications. For example, the roof attachment points are designed to accommodate installation of various ladder or utility rack systems without piercing holes in the roof, which can lead to corrosion and water leaks. The available "upfitter pre-wiring" allows easy access into the electrical system.

Cost of ownership and operation is a critical factor in the CV segment, whether for major fleet operations or individual business owners. "From the rugged fully boxed all-steel frame to the body-on-chassis construction, the NV is designed to the highest Nissan standards of durability, quality and reliability," said Castelli. "The NV is designed to be affordable and to stand up to the abuse that real work trucks face everyday."

The new Nissan NV will be manufactured in Canton, Mississippi and available through a select network of authorized Nissan Commercial Vehicle dealers nationwide.