"This concept is a product of global collaboration, but it was inspired by the streets of Brazil and designed for its people," said Mamoru Aoki, Executive Design Director of Nissan's Global Design Strategy Department.

Nissan's design team saw a disconnect between vehicles on Brazilian roads, which were mainly silver, black and white in color, and the exuberant nature of the country and its people.

Kicks Concept was intended to bridge that gap and showcase the distinct design signature of Nissan cars. 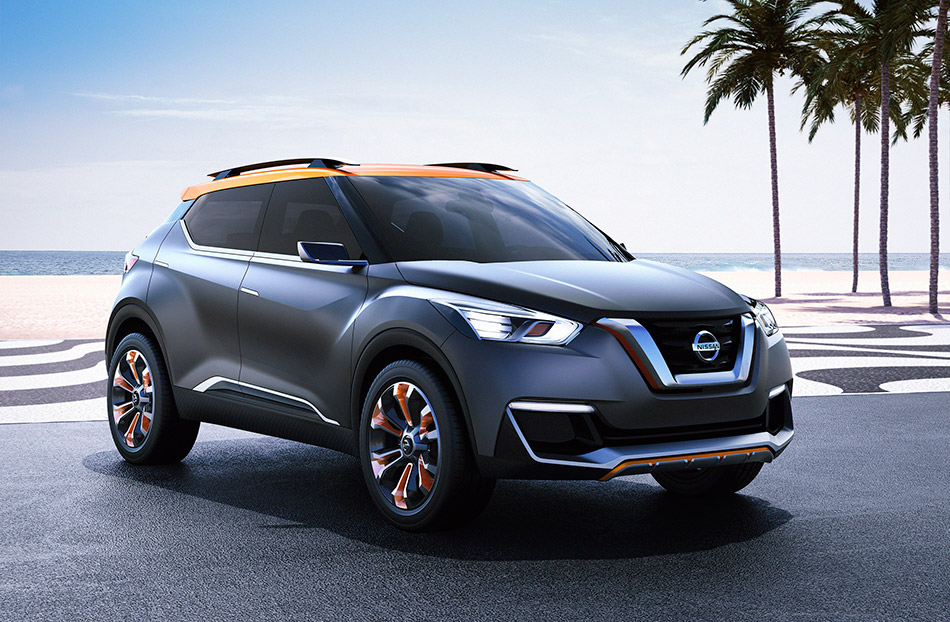 "What we try to achieve is this kind of duality. It fits your pragmatic needs but also provides a sense of style and an extra sense of substance that we feel is missing in the market right now," said Project Lead Designer Hiren Patel of Nissan Design America.

"The main inspiration for this concept was the contrast that we saw in the grey tones of the urban settings in São Paulo and the bright natural colors that we saw near our studio in Rio," said Robert Bauer, Chief Designer at the Rio studio. "How to combine these two, the more grey urban tones with the bright sunset orange that we would see - this combination we thought was really uniquely Brazilian."

But the team has a bigger ambition for this concept, says Taro Ueda, Vice President of Nissan Design America.

"It's not only just for the Brazilian market, but we capture the idea of Brazil and then we apply it to our global design improvement, making a stronger design lineup for future Nissan designs," said Ueda.

The São Paulo International Motor Show, held every two years, is the biggest auto event in Latin America, and the Kicks Concept will be a centerpiece of the Nissan stand through November 9.