It is fair to say that Chevrolet knows a little about SUVs, having invented the class over 75 years ago with the introduction of the Suburban Carryall in 1935. In just a few weeks' time, the all-new Chevrolet Trax will celebrate its world premiere at the Paris motor show on September 27, representing Chevrolet's first entry to the fast growing small SUV segment. Trax will round out Chevrolet's offer of stylish SUVs alongside Captiva.

"For many decades, Chevrolet has been known for its dependable and capable SUVs. Trax will deliver on all of the traditional Chevrolet values and more. It is a modern, highly versatile yet fuel-efficient small SUV, offering car-like handling and all-wheel drive," said Susan Docherty, President and Managing Director of Chevrolet Europe. "Trax is the modern expression of one of Chevrolet's core competencies, which is building and selling great SUVs," Docherty said. 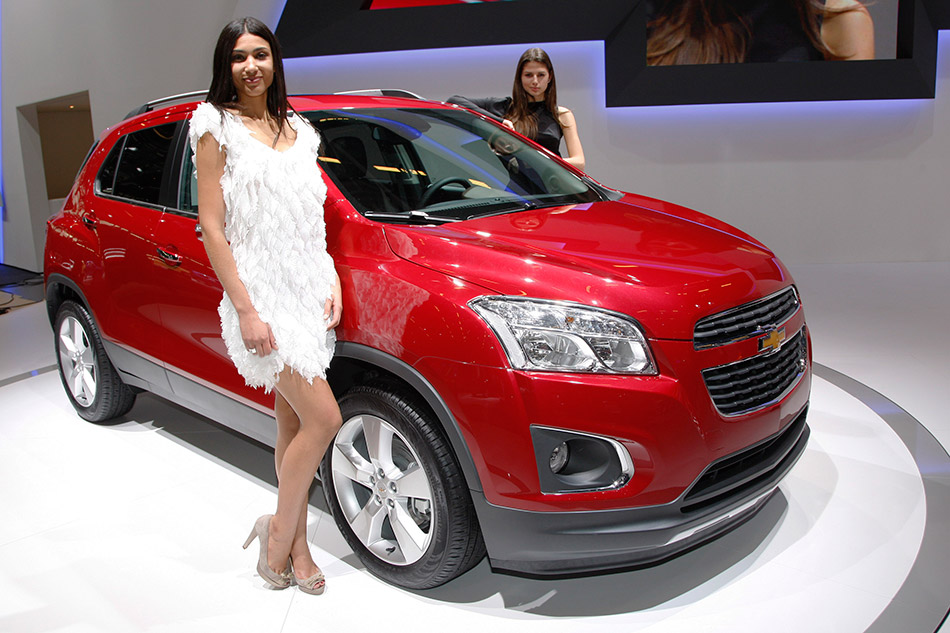 Measuring 4,248 mm in length, and featuring a width of 1,776 mm and a wheelbase of 2,555 mm, Chevrolet's new small SUV sports powerful body lines that convey agility and movement. With the golden bowtie separating the upper from the lower port of its prominent front grille, Trax can immediately be identified as a member of the Chevrolet family.

Trax has sufficient space to accommodate five persons in a comfortable high seating position. It will deliver car-like handling while also enabling off-road capability when needed.

The 1.7L diesel engine will deliver a power output of 130 hp (96 kW) and a maximum torque of 300 Nm. All powertrains with manual transmission come with Start/Stop functionality. Both the 1.7L diesel and the 1.4L* turbo gasoline engine will also be offered with a six-speed automatic transmission.

Inside, Trax delivers a message of clean sophistication that is complemented by useful convenience features such as a cluster combining digital readouts with analogue displays.

Storage amenities in the new Trax are plentiful. Besides a 358L trunk, they include various bins above and on both sides of the center stack, as well as an available under pass seat tray. Further stowage can be made available under the cargo floor. 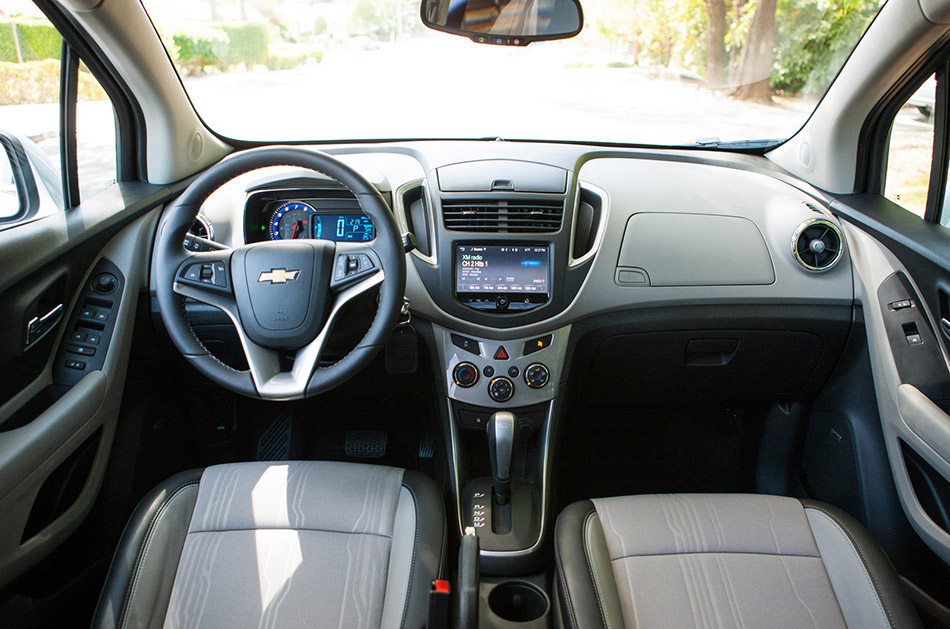 In addition to a 60/40 split rear seat, Trax boasts a front passenger seat which can be folded flat, offering additional flexibility in the segment. A total of eight seating combinations can be selected.

Upper trims will be equipped with Chevrolet MyLink as standard. Chevrolet MyLink is an infotainment system that aggregates content from smartphones onto a seven-inch, high resolution, full color touch-screen display. As of this winter, MyLink will feature a navigation app which can be downloaded onto compatible smartphones. It will project the route calculated by the smartphone onto the system's touch-screen.