When Nissan rolled out a series of futuristic auto show concept vehicles a few years ago, few people believed that the boldly styled designs would ever see the light of a Nissan showroom. Yet against the odds they started coming.

First, there was the Nissan Resonance Concept, a wild mid-size crossover concept that evolved into the 2015 Murano. Then Nissan Sport Sedan Concept strongly influenced the radical new 2016 Nissan Maxima. And, the new Nissan design language is making its way into more and more vehicles - including Nissan's best-selling vehicle in the United States, the Nissan Altima. 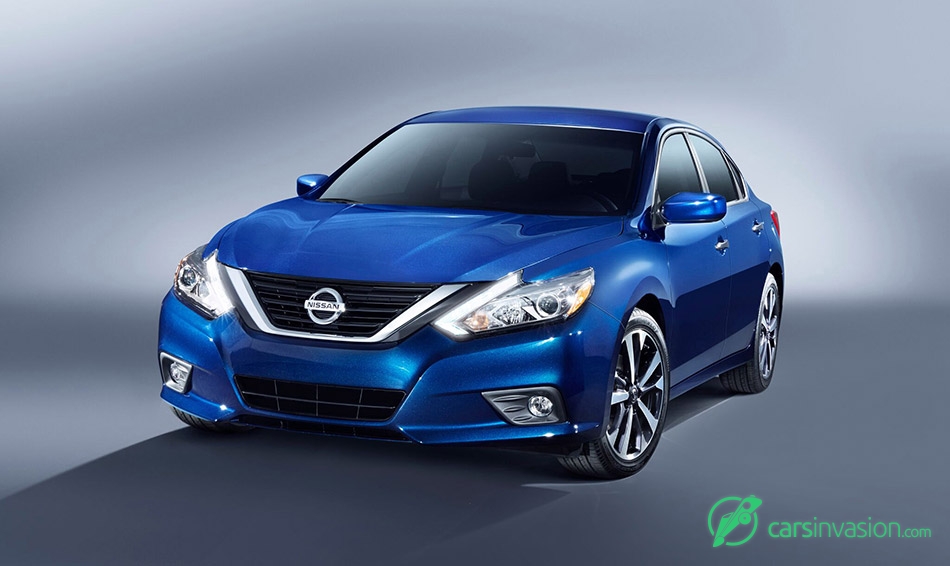 The front end of the 2016 Altima offers the most dramatic change, since all panels and pieces forward of the A-pillars are new - fascia, bumper, fenders, hood and lights. Two key elements are the redesigned V-Motion grille and boomerang-shape headlights, similar to those found on the Murano and Maxima. The look is dramatically different from the 2015 Altima design, with a wide, deeply sculpted lower bumper, integrated fog lights (SR, SV and SL models) and prominent chrome-trimmed grille.

The rear of the new Altima is marked by a new sculpted bumper with a dark lower accent, a new trunk lid - with integrated rear spoiler on Altima SR models - and lower, wider boomerang-shaped combination lights that help provide a more expressive, higher quality appearance when approaching the vehicle from behind. The four-piece combination lights incorporate the tail- and stop lights, turn lamps and backup lights.

Along with the revised appearance, the new Altima also offers a 10 percent improvement in coefficient of drag - to 0.26 Cd from the previous 0.29 Cd. The changes come from the addition of an active grille shutter (three percent gain), underfloor aero cover additions (three percent) and the new front and rear fascia and windshield designs (four percent). 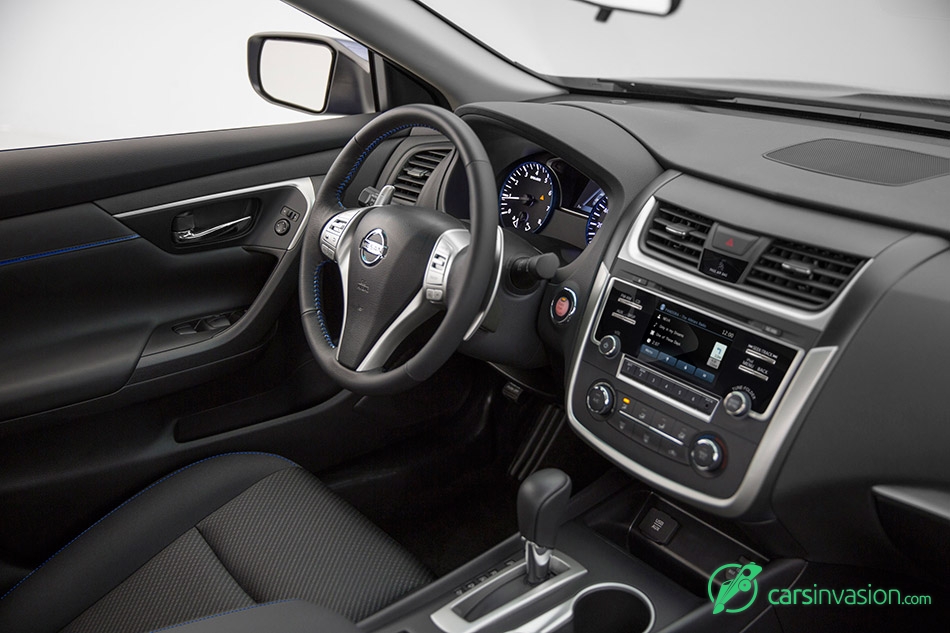 In addition, the standard Zero Gravity front seats have been reshaped and the woven cloth seating and door panel materials feature a more open weave pattern, providing a premium look and feel throughout the Altima interior. The steering wheel has also been refined for 2016. The twin cupholders on the center console now accommodate mug handles in response to customer input.

"As the best-selling vehicle in the Nissan lineup, it's important that Altima exemplifies 'Nissan-ness' inside and out," said Executive Design Director Mamoru Aoki. "With its fresh new look, aggressive SR model and strong connection to our all-new Murano and Maxima, the new Altima continues to stand out in a very competitive marketplace."