The founded in 1985 Oberscheider Company has become an enterprise with about 50 members of staff meanwhile. One of the passions of the enterprise is the founded in 1994 O.CT Tuning with head quarter at Lustenau (A) and Widnau (CH). One of the focuses of this company is the development of power uprating, especially in fields of hardware and software. With its IPRO (Intelligent Programming System) O.CT Tuning made furore inside the tuning branch. At that time, IPRO allowed the programming of command devices via OBD-II diagnostics interface in a very simple way. In the meantime, the IPRO system is on the market already in its second generation. 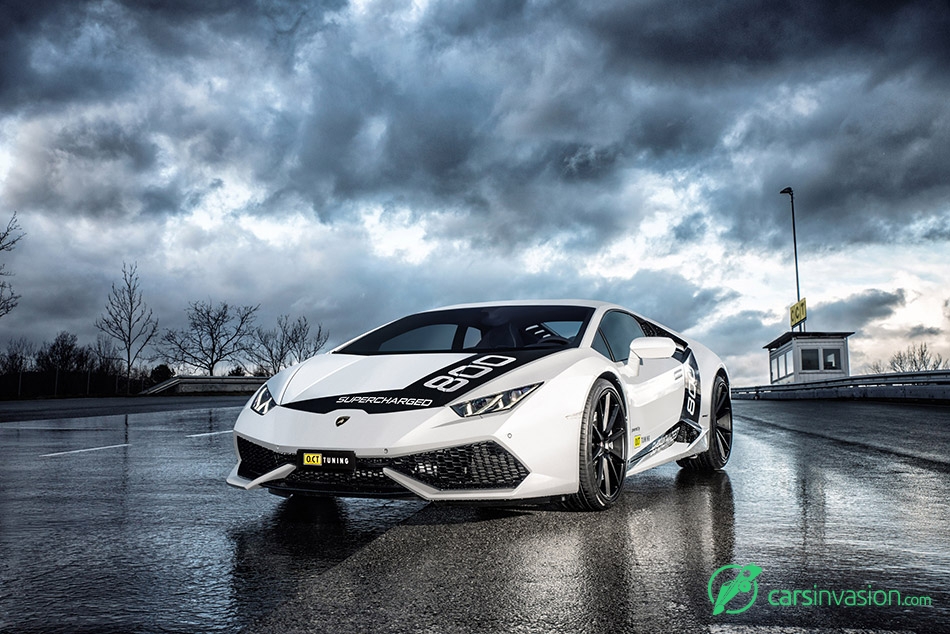 Another core theme of O.CT Tuning activities is the compressor technology, so that the company can now offer powerful performance uprating packets for cars of the VAG and for Chrysler group US vehicles.

As specialist for compressor conversion, the O.CT Tuning team dared the "bull" from Italy, bringing it out of its shell. With compressor kit, the tuner lends the Lamborghini with the rightful serial designation Huracán the predicate Huracán plus, because now it has become really such one! With driving performances beyond good and evil, the bull stirs wind with the force of a hurricane inside the tuning scene. The exhaust system, matching to the compressor kit 20 kgs lighter and attuned to the compressor, does the rest. This way, driving performance and the powerful sound become, what one imagines under the notion of an extreme storm front. The especially manufactured rims in dimensions 9x20 in front and 12.5x21 in rear perfectly round out the phantasmagoric Lamborghini tuning packet.

The acceleration values of 2.5 s from 0-100 kmph (0-60 mph) and 0-200 kmph (0-120 mph) in 8.3 s are sensibly below the manufacturer defaults of the Lambo. And the final speed is now somewhere beyond 325 kmph (200 mph). The developed for V10 compressor kit, by the way, matches also for the new Audi R8, lending him similar values as to his battle-tried "relative". A test car for interested in clients is allocated by O.CT Tuning after date arrangement.