The three-door, four-wheel drive crossover offers a sporty interpretation of Saturn's new design language and illustrates how it could be applied to a future version of Saturn's highly successful Vue compact SUV.

The PreVue was collaboratively developed with GM's Opel brand and was seen as the Opel Antara GTC concept at the Frankfurt Motor Show in 2005. The vehicle is part of the ongoing cooperation between the Saturn and Opel brands.

"There is significant synergy between Opel and Saturn," said Jill Lajdziak, Saturn general manager. "Both brands play in similar market segments, have similar competitors and target similar customers in their respective regions." 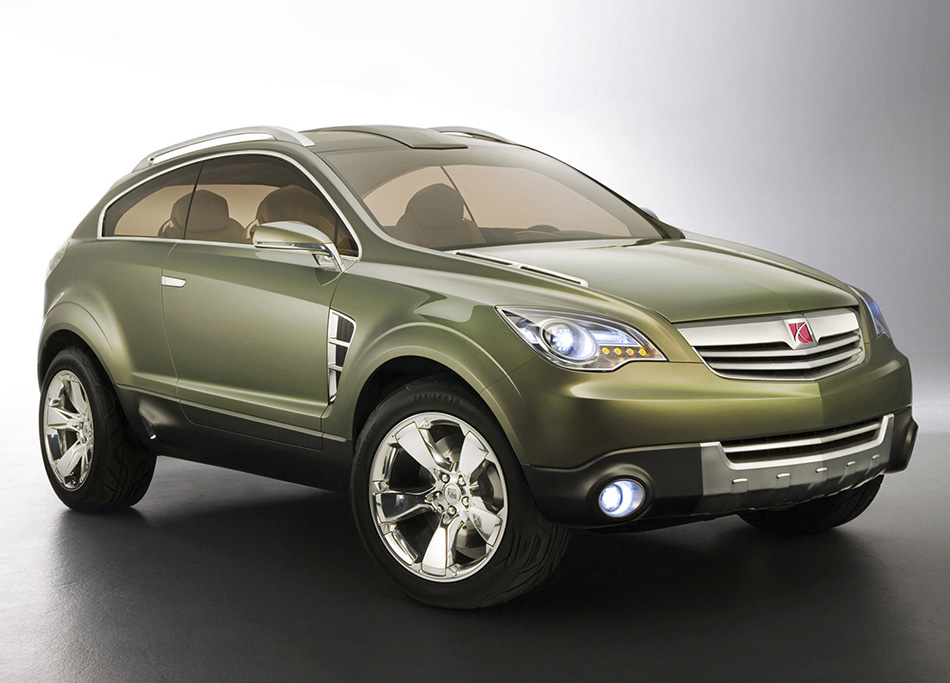 Unveiled with the PreVue concept were three new production vehicles that will arrive at Saturn retailers in 2006: the Aura midsize sedan, Sky Red Line roadster and Outlook crossover utility.

The current generation of Saturn's Vue continues to be popular, with more than 350,000 vehicles sold since the vehicle debuted in 2002.

The PreVue merges the seemingly contradictory design elements of a sporty coupe and a powerful SUV. Coupe-like features include the two doors and tailgate, along with a side window design sans B-pillar and an elegantly sloping roof. These cues combine with SUV characteristics such as powerful side shoulders and wheel cutouts; steeply inclined windows; stable flanks and short overhangs for large approach and departure angles.

"The PreVue is sporty, aggressive and emotional, and fits in perfectly with Saturn's brand character," said Phil Zak, PreVue design director. " The result is a refined shape that conveys adventure and performance, even when stationary."

Attention to detail is clear in the PreVue styling. In front, the crossover features a V-shaped brushed aluminum radiator grille, detailed, jewel-like headlamps and Saturn badging. The front and rear underside protection has been cut from solid aluminum, as has the edge protection strip in the luggage area.

In profile, frameless windows slope downward, accentuating its coupe-like silhouette, and louvers on the sides of the fenders fit into fine aluminum frames, much like the vents on the side of the engine hood and exhaust openings behind the doors.

An Everglade Mica green exterior features contrasting dark bumpers and bottom body strip. Inspiration for this body strip came from the soles of athletic shoes, and the pattern repeats on the accelerator and brake pedal surfaces.

Door handles retract flush with the body, and only slide out when the driver approaches the vehicle with a remote door opener.

On the roof, two silver strips flank the body-colored center strip, which separates two sunroofs and merges with the pantographic hinge that's affixed to the tailgate. The innovative design moves up and forward when the tailgate opens – so drivers don't have to step back when accessing the cargo area.

Front and rear headlamps consist of light-emitting diodes, which have a longer life and shorter response times than conventional lamps. The lamp units are smoothly integrated into the front fenders, and in the rear, they form a brilliant highlight in transition from side shoulder to rear.

On the inside, generous use of warm tones and leather mix with carbon fiber seatbacks, as well as stainless steel and aluminum cockpit elements. Designers opted for a two-toned interior, with dark brown dominating the upper part of the instrument panel and door liners, with light beige lower areas, roof, seats and floors. 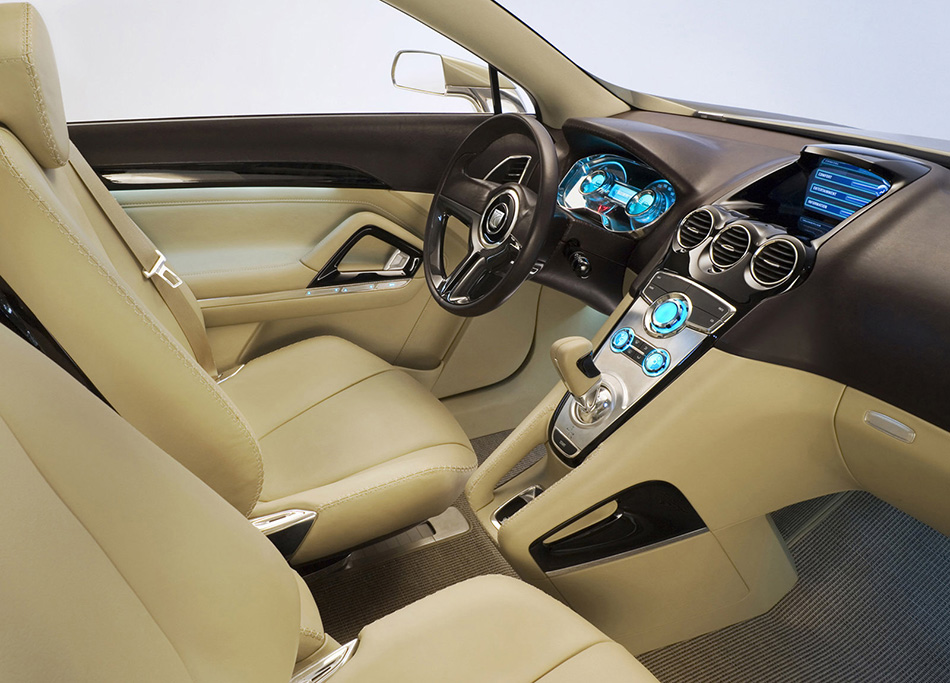 The panoramic roof system features two generously sized sunroofs for a bright, cheerful interior, with dark tinted glass protecting passengers from excessive sunlight. The center roof console, which runs the length of the vehicle, offers ample storage space. In addition, a specially designed leather storage bag can be moved along a rail between the front and rear seats, or removed for shopping or sightseeing.

The center console accommodates the transmission gear lever, which is ringed by brushed stainless steel; three large round glossy-black vents; and infotainment and HVAC controls, which are backlit in turquoise. The console incorporates handles at each side to accentuate the vehicle's off-road character.

The instrument panel also is backlit in turquoise and encased in an aluminum housing. And instead of traditional carpeting, the floors are fitted with sisal, a ropelike natural fiber typically used in home interiors, for a stylish, durable look.

The four seats, mounted to monorails, appear to be floating atop the floor for a spacious, airy appearance. With the press of a button, the seats slide forward to the instrument panel so rear passengers can access the vehicle.

The rear seats fold away into the floor, and the sisal-lined cargo area can be folded flat up to the front seats, thanks to a moving double floor.