Milestone for ŠKODA: the highest authority in motorsport, the International Automobile Federation FIA, has given the new ŠKODA Fabia R 5 the green light. Following its successful homologation, the new rally car can now continue the Czech automobile manufacturer's 114-year motorsport success story on the rally routes of this world. The Fabia R 5 is based on ŠKODA's new production Fabia and is the successor to the Fabia Super 2000, which went down in history as the most successful rally car in the history of ŠKODA Motorsport.

"We are delighted that the International Automobile Federation FIA has given us the green light. Now we can prove just how good our new rally car is in the race series," said ŠKODA Board Member for Development Dr. Frank Welsch. "When working on the third-generation production Fabia, which enjoyed an extremely successful start, we incorporated some of the genes from our rally cars and developed the most emotive Fabia ever. Conversely, the production model now formed the basis for the new Fabia R 5." 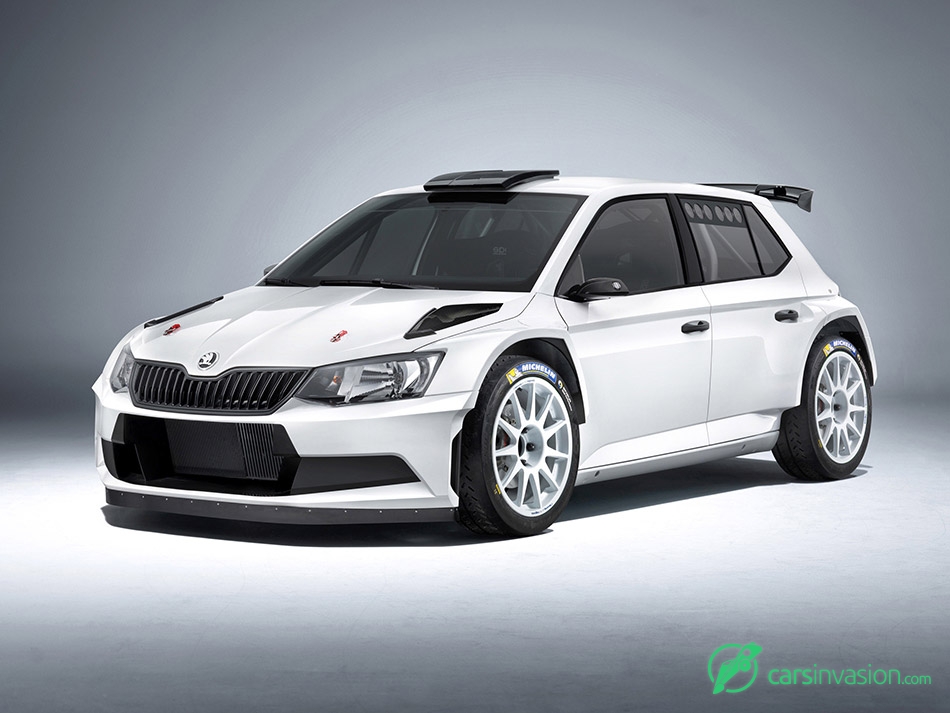 ŠKODA's new rally car is pure high-tech. In compliance with FIA regulations, the ŠKODA Fabia R 5 is equipped with a 1.6-litre turbo engine. That is a considerable change from the two-litre induction engine in the Fabia Super 2000. Furthermore, the new four-wheel drive car also features a five-speed sequential gearbox and McPherson struts. The weight of the car is at least 1,230 kilograms, as stipulated in the regulations. Since the start of the project, ŠKODA Motorsport has invested 15 months of intense development work to fine-tune the car and ensure that the ultra-modern components interact perfectly.

The homologation process is a long and complex procedure, which requires close cooperation with the International Automobile Federation FIA and is made up of several parts. In recent months, the new ŠKODA Fabia R 5 has been subjected to a comprehensive approval process, which has now ended successfully with the approval from the FIA.

"We are happy that we now have the homologation from the International Automobile Federation FIA under our belt," said ŠKODA Motorsport Director Michal Hrabánek. "The development of our new rally hope was a tiring process and a major challenge for the entire team at ŠKODA Motorsport, to whom I would like to say a big thank you."

Top drivers such as Asia-Pacific champion Jan Kopecký (CZ), European champion Esapekka Lappi (FIN), rally legend "Fast" Freddy Loix (B) and multiple Austrian champion Raimund Baumschlager (AT) provided valuable input during the development of the new rally car. In the run up to the homologation, about 10,000 kilometres of testing were completed on a wide range of roads and conditions, including in the Czech Republic, Austria, Germany, Italy, France, Greece, Spain and Finland. Whether in icy cold or bright sunshine, on asphalt, gravel or snow – the ŠKODA Fabia R 5 successfully passed every test.

There is already great interest in the new ŠKODA Fabia R 5 from customer teams. After all, the successor – the ŠKODA Fabia Super 2000 – was a guarantee of titles. In the 2014 rally season, ŠKODA completed a hat-trick of titles in the Drivers' and Manufacturer championships in the FIA Asia-Pacific Rally Championship (APRC), while the champion in the FIA European Rally Championship (ERC) was a ŠKODA works driver for the third time in a row. The list of success achieved last year also includes five national titles. With a total of almost 50 international and national titles in six years, the ŠKODA Fabia Super 2000, which made its first appearance in 2009, is the most successful project in the company's 114-year motorsport history.

ŠKODA Motorsport Director Michal Hrabánek: "With the new ŠKODA Fabia R 5, we want to follow on from the success we have enjoyed in recent years with speed and reliability on the rally routes of this world. Following the successful homologation, we can now initiate the next phase of the Fabia R 5 project."